They Walked With God and With Angels: the “Backwards Thinking” Sons of Seth Among the “Progressive” Sons of Cain 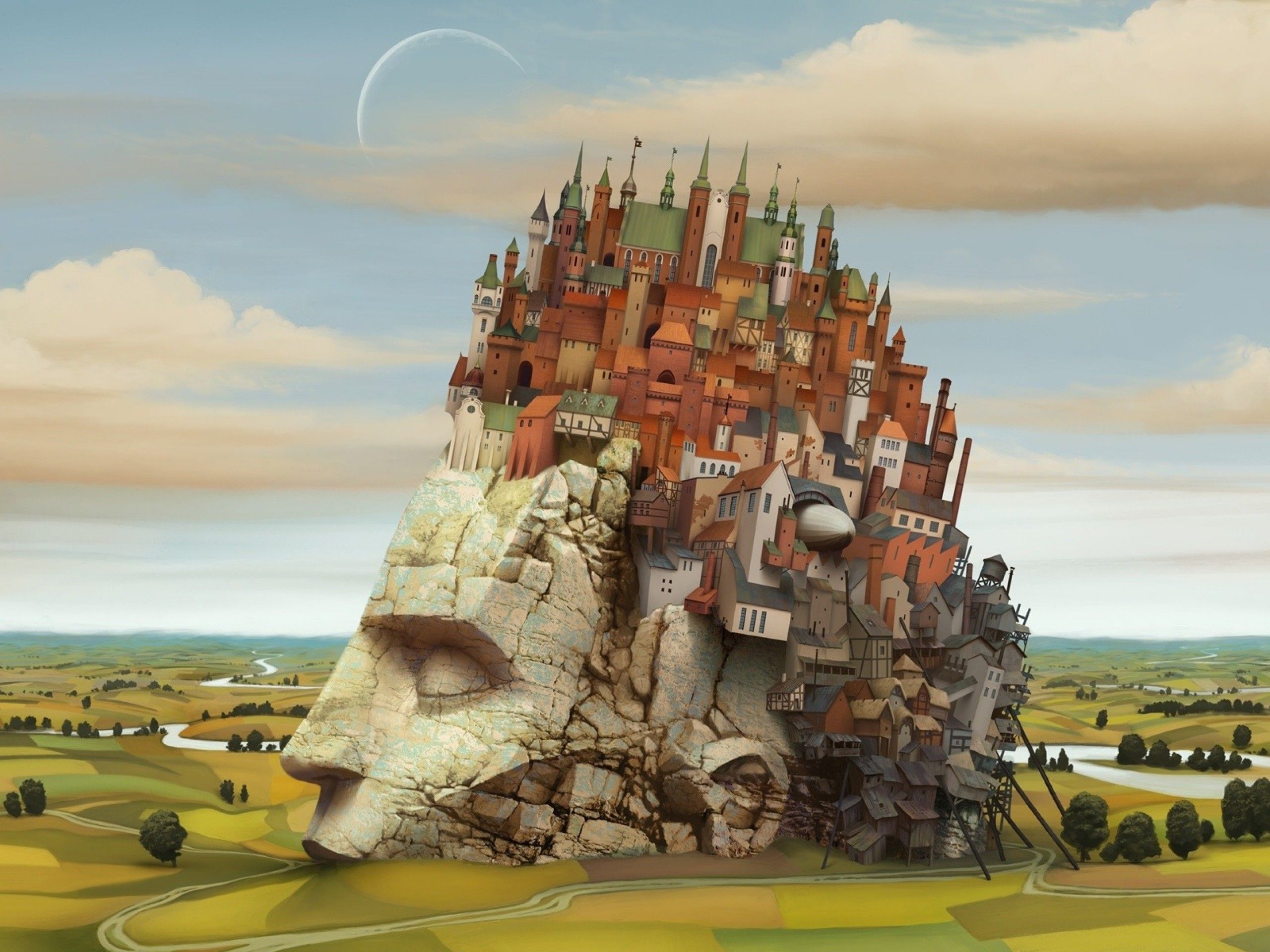 THE APPLE had fallen very far from the tree. Unlike his father Adam, who hid from Yahweh in shame and guilt, Cain showed absolutely no remorse for murdering his brother. When Adam’s first-born son was confronted by God, he even spun his perjury with a clever pun, as if to spit in the Lord’s face, and claim of the deceased second-born (Abel’s title being, the keeper of sheep): “Am I my brother’s keeper?” No, he was nothing like his father. Adam clothed himself appropriately and came clean with his Creator. Cain however would not recognize his sin. To God he spoke with an unrepentant passive verb: “From they face shall I be hid (Genesis 4:14).” For Cain, more murders were anticipated.

Among the lineage of Seth, Adam’s third-born son, little is recorded of their life except for names, years of conception and death. Much however can be said of Cain and his descendants. Despite initial concerns, that Cain would be a “fugitive and a vagabond” on the earth, he did quite well for himself. Perhaps his murderous “Mark,” which God placed permanently upon his person, had something to do with it. Cain built a place of refuge—a city, actually—first of its kind. Many cities of refuge can be found throughout tribal history of the world. On the Big Island of Hawaii for example, Puʻuhonua o Hōnaunau provided such safety for lawbreakers, should they survive the frightful journey across the island, or islands, and the pursuing men who wished to avenge the blood of a relative. At any rate, the city named after Cain’s son was worthy no doubt of enlightened culture and civil comforts. It is Cain’s descendants, we immediately read, who introduced the use of tents, agriculture and pastoral life, invented the elegant art of music with the harp and organ, and became instructors “of every artifices in brass and iron.”

The author John Bathurst Deane, in his book “Worship of the Serpent (1833),” says it like this:  “…probably in less than three hundred years from the creation of man civilization had arrived at such a degree of perfection, that not only the necessaries, but even the luxuries of life were to be found in the family of the fugitive of Cain.” 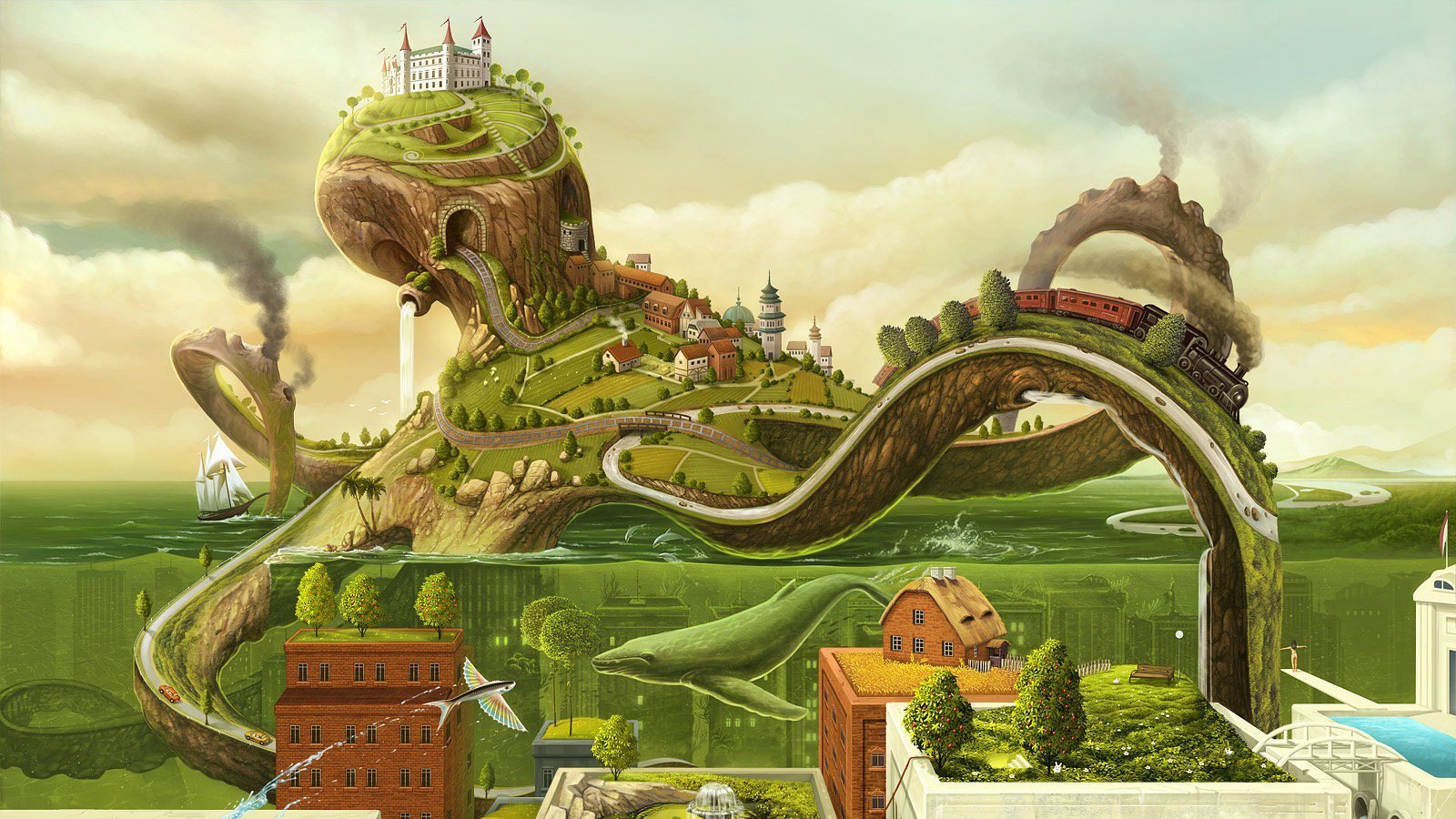 The Book of Enoch spreads the curtains and reveals the rather unfortunate spiritual truths behind the cultured advancements within Cain’s lineage. The Angels, which kept not their first estate (Jude 1:6) taught Cain’s sons “to make swords, and knives, and shields and breastplates, and taught them about metals of the earth and the art of working them, and bracelets and ornaments, and the use of antimony, and the beautifying of the eyelids, and all kinds of precious stones, and all coloring of dyes. And there was great impiety; they turned away from God, and committed fornication, and they were led astray, and became corrupt in all their ways (Enoch 8:1-2)”

I find it interesting that author and archeologist Andrew Collins, while seemingly struggling to find divine inspiration in Biblical texts, admittedly suggests in his book, “Gobekli Tepe: Genesis of the Gods,” that there is in the very least credibility to be found among Enoch’s claim for the geographical genesis of human innovation and discovery:

“On the upper reaches of the Euphrates and Tigris rivers, in the region that is today made up of eastern Turkey, northern Syria, northern Iraq, and northwest Iran, animal husbandry occurred for the first time, as did the domestication of wild cereals and the first metalworking and smelting. Here to some of the earliest baked and fired statuettes were produced, along with the construction of rectilinear and curvilinear buildings, some incorporating decorated standing stones and steles. With them came the first construction of terrazzo mortar floors, the first evidence for brewing beer, and perhaps even the first use of grapes to produce wine. In that same region….beautiful necklaces, and green malachite powder was first used as a cosmetic to beautify the eyes. Among the forbidden arts of heaven that the Watchers are said to have gifted mortal kind are the use of metals and metalworking, and the means for women to beautify themselves. They are also said to have provided the first polished mirrors, an interesting fact, as the earliest known mirrors, made of the black volcanic glass obsidian, were manufactured at early Neolithic sites in central Turkey.” 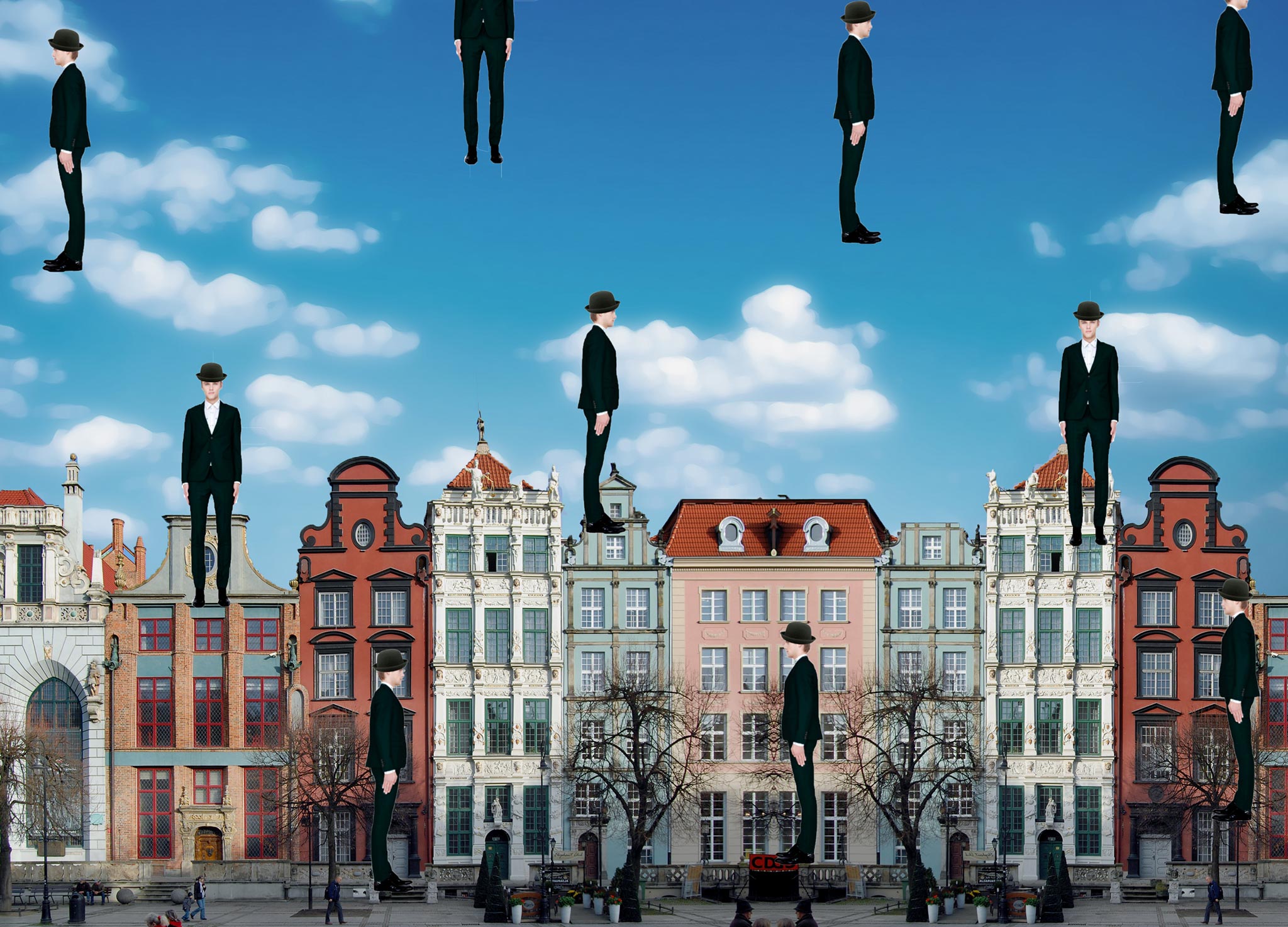 All Biblical evidence concerning a pre-flood renaissance of man is attributed exclusively to the sons of Cain and the fallen angels. And yet long after these godless events the Israelites under the command of Joshua and the Judges even brandished weapons. Never-the-less, we are assured that they, much like Seth’s lineage, were “not of this world.” Enoch, the son of Cain, had a city named after him, and likely lived in all the luxuries which such a civilization might afford. Nothing of his existence remains. Everything of that city, along with the entire circuit of societies where Cain and his descendants dwelt was washed away in the Great Deluge. Contrarily Enoch, seventh in line of Seth’s lineage, not to be confused with Enoch the son of Cain, despite not having a city or a single “stroke of genius” attributed to his name, thirsted for something even better. Enoch “walked with God, and was not, for God took him.”

This is the tension which we are asked to partake in, to be “not of this world” but to “shine as a light (Matthew 5:16)” in the midst of it. With Jesus Yeshua, so much was his identity based around God His Father, being “not of this world,” that we know virtually nothing of His trade except the speculative guesswork that He was a carpenter after his earthly father. We are given no insights regarding the skill or accomplishments of his craftsmanship to look for in archeology, be it chairs, roofing, or floorboards, since all we know of Him is what His biography in all four Gospels attests to, that He like Enoch “walked with God.”

The trade of a Godly man is not worth mentioning in the Bible, particularly as it pertains to his worth or identity, unless it provides deliverance for God’s people and contributes to the redemption of man. That saint is not toiling here on Earth, as the godless man believes, but in heaven. Such was the case with Noah. He too, we are told, “walked with God.” Noah however was not a ship-builder. We are actually never informed of his pre-flood trade—though he did happen to construct a magnificent vessel. Is it possible that he was not so gifted as we give him credit for? Perhaps, when the waters surged, the barge which he was entrusted to sustain life with barely kept afloat. We’ll never know. If he and his cargo were safe, and they most certainly were, it’s because God invited Noah into the boat with Him, and at any rate, the blueprints which were first invented in the very mind of our Divine Master Craftsman were nothing short of a technological marvel.

Says David Wardlaw Scott in his book, Terra Firma: The Earth Not a Planet (1901):

“The Ark was considered for ages to be a clumsy, strangely-shaped hulk, somewhat like the models sold in toy-shops for children, but, for nearly the last three hundred years, that idea has been entirely changed. In 1609 Peter Jansen, a Dutch shipbuilder, determined to construct a ship on the lines given for the Ark, and, though much ridiculed at the time, he succeeded, and found that his ship would safely carry from thirty to forty per cent, more cargo in proportion to others, and his example was soon followed. In Appleton’s Cyclopedia, Vol. XIV., Art. “Ship,” we read: ‘It is remarkable that its (the Ark’s) proportions of length, breadth, and depth are almost precisely the same, considered by our most eminent architects the best for combining the elements of strength, capacity, and stability.’ A later writer remarks: ‘Ship-building was revolutionized, and the millions that go on the sea owe the change to the Bible. Since that the Cunarders, the Collins, the White Star, and Inman line Companies have built their ocean steamships after the scientific pattern of Him, whose ‘way is perfect,’ and who designed Noah’s Ark.’”

We will most certainly find–though we may perhaps listen to music or strum a tune, read fine literature or attempt ourselves to take up the pen, dress up in fine clothes and make an extra effort to beautify ourselves, even attempt to “discover truth” as our profession permits–if we are to be accredited as “walking with God,” then it is increasingly doubtful that we will go down in history as the great maestro of music, the inventor of enlightened thought, the masterful exhibitor of the arts, the exemplar of vain beauty and fashion, or the discoverer of the unknown. At any rate, we will certainly not be seen by our contemporaries as one who has “settled down to it,” but as those who are merely “passing through” the cities which Cain and his kind have built, eyesight always pressed forward upon our certain and eternal meeting with the Creator. And for this disobedience against the “human experience,” the rightful renaissance of every man, we shall be perceived as a backwards thinking people.

Conclusively, it would be difficult to conclude that any man in Seth’s line would continue to be a man of God and walk in His ways if they should have a part in shaping the culture alongside Cain’s children. Our Savior said of those who aspire for Seth’s lineage: “Ye are the salt of the earth: but if the salt have lost his savour, wherewith shall it be salted? it is thenceforth good for nothing, but to be cast out, and to be trodden under foot of men (Matthew 5:13).” 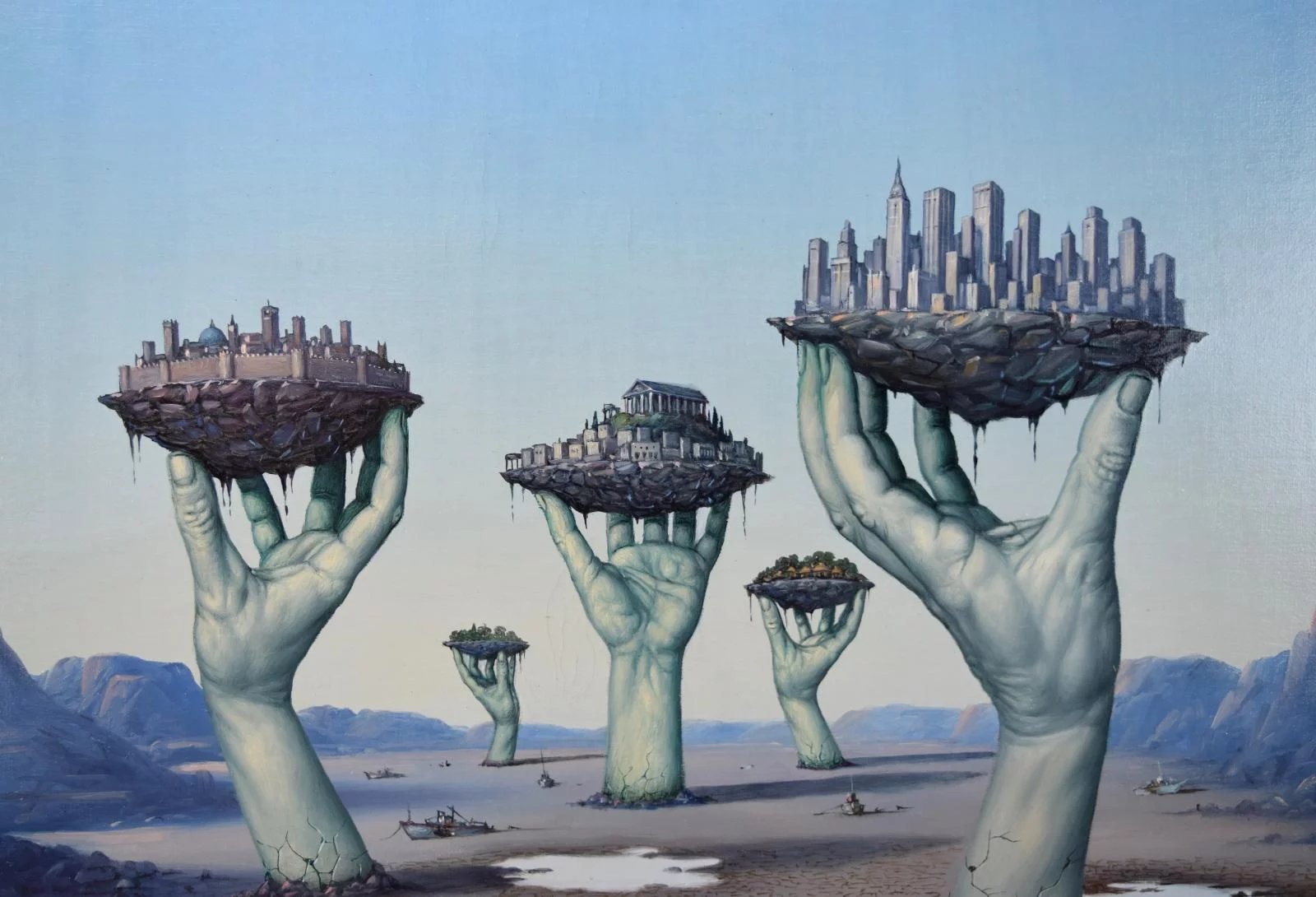 An interesting observation is made by Dr. Chuck Missler regarding Adam and the begotten sons of Seth. “The Ten Old Men” proceed in this order of begat: Adam, Seth, Enosh, Kenan, Mahalalel, Jared, Enoch, Methuselah, Lamech, and Noah. Appropriately, each name mean thusly in their exact order of begat: Man, Appointed, Mortal, Sorrow, The Blessed God, Shall come down, Teaching, His death shall bring, The Despairing, Rest.

When spoken in a sentence, Dr. Chuck Missler speaks of the Messianic seed-line accordingly, “Man (is) appointed mortal sorrow; (but) the Blessed God shall come down teaching (that) His death shall bring (the) despairing rest.”

The sons of Cain received no such honorary title. They walked with angels rather than God, and as consequence the stain of their seed was forever wiped clean from the Earth. When God asked of Cain concerning “thy brother’s blood,” he spoke in plural, referring to the many expected descendants of Abel who would never be born, as though also any number of abortions had been committed in the taking of his life. Despite all of their inventions of cultured wealth and comfort, only one sad-sap poem survives the loss of their genetic inheritance. It was written by a descendant of Cain, not to be confused with Noah’s father, both of whom were given the name Lamech. I imagine him brandishing the very weapon by which the Watchers wickedly delivered to him, of which his son also made, as he drunkenly vaunted among the ears of his polygamous household, and in a vainglorious mood that likely paraded along with the seductions of his maestro sons harp and organ wizardry as he boasted of an immunity from vengeance superior even to that of Cain’s cursed “Mark.” Like Cain before him, murder was on his mind, and plenty of it, while he sang:

“Adah and Zillah! hear my voice;

Ye wives of Lamech I give ear to my speech:

I will slay men for smiting me,

And for wounding me young men shall die.

If Cain shall be avenged sevenfold,