The Gospels Agree with Enoch: Demons Are the Children of the Watchers

THE TRAGEDY concerning the Book of Enoch isn’t simply its snubbing from Bible canon (I know). Enoch was for all practical purposes lost for the entirety of Christendom’s two-millennia history. Books don’t simply go missing. They get buried. In a theological game of connect the dots, lets just say some of those picturesque outlines were disjointed at the hip, because once a genuine document was finally rediscovered, it’s clear that bits and pieces of the spiritual anatomy didn’t look quite right. As it turns out, when it comes to demonic possession, as recorded throughout the gospels, we’ve been wrongly blaming fallen angels all along.

After finally rediscovering the long-lost and often sought after Book of Enoch, some scholars were quick to assert that Enoch had to have been written after the New Testament and not the other way around. The gospel writers and apostles didn’t just reference Enoch once or twice, as is still claimed from gate keeping ministries, but well over a hundred times. Even more concerning to its dismissal is the accumulating evidence that Yahusha taught from the book, which makes the gospels various accounts of demonic possession and their role in his ministry all that much more intriguing, especially considering it was the Book of Enoch which first introduced them.

EDIT: If you haven’t already, then I highly suggest you read my other papers on the Watchers. It’s an important study to understanding precisely where we are in history, particularly in light of the mud flood. The Watchers have been released from prison. The Watchers Released. Also, Worthless mysteries of heaven. Yahusha’s Return in 66 AD. Anatoly Fomenko. And one more, Cavemen of Lascaux.

There’s an account in Mattithyahu (Matthew) where Yahusha crosses over the sea of Galilee and is immediately approached by two demon possessed men on the other side. The scene unfolds as follows.

“28 And when he was come to the other side into the country of the Gergesenes, there met him two possessed with devils, coming out of the tombs, exceeding fierce, so that no man might pass by that way. 29 And, behold, they cried out, saying, What have we to do with thee, Yahusha, thou Son of Elohim? art thou come hither to torment us before the time?”

In Luke’s account of the same occurrence, he writes:

“30 And Yahusha asked him, saying, What is thy name? And he said, Legion: because many devils were entered into him. 31 And they besought him that he would not command them to go out into the deep (abyss).”

Assuming you’re familiar with Scripture then you’ll likely recall that in both accounts Yahusha, at the demons request, sends them seemingly with reckless ease into a heard of swine, thereby allowing those evil spirits to continue committing their acts of evil rather than face judgement before their appointed time. Similarly, anyone acquainted with both the Old and New Testaments will easily find, in the simplest of surface reading through Enoch, numerous familiar visuals, albeit some unexpected ones, which not only mirror and affirm what we already know of first century Hebrew-Christian thought, but in some cases gives sharper clarity, if not altogether redefining what we previously thought we knew. I say this because Yahusha’s encounter with the demon possessed men immediately came to mind during a recent reading of Enoch.

“1 And at the death of the giants, spirits will go out and shall destroy without incurring judgement, coming from their bodies their flesh shall be destroyed until the day of the consummation, the great judgement in which the age shall be consummated, over the Watchers and the godless, and shall be wholly consummated.”

The demons who encountered Yahusha were referencing Enoch. According to their own reading and understanding of scripture, even the demons knew there was an appointed time of judgement, and they expected Elohim to uphold His one-sided end of the bargain, despite their lacking desire for righteousness.

But secondly, did you catch that? Enoch says: “And at the death of the giants, spirits will go out.” In other words, demons are the disembodied spirits of the giants who once roamed the earth before and again after the flood, otherwise known as the Nephilim.

Moses had this to say of the Nephilim.

“6: 1 And it came to pass, when men began to multiply on the face of the earth, and daughters were born unto them, 2 That the sons of God saw the daughters of men that they were fair; and they took them wives of all which they chose. 3 And the Lord said, My spirit shall not always strive with man, for that he also is flesh: yet his days shall be an hundred and twenty years. 4 There were giants in the earth in those days; and also after that, when the sons of God came in unto the daughters of men, and they bare children to them, the same became mighty men which were of old, men of renown.”

Some thousand years later in recorded history, when Moses sent Israeli spies into the promised land, he writes this of their report:

“33 And there we saw the giants (Nephilim), the sons of Anak, which come of the giants: and we were in our own sight as grasshoppers, and so we were in their sight.”

No wonder why accounts of giants tormenting people, stealing their women, even cannibalizing them, have lived on throughout all major world cultures on this Earth. Jack and the Beanstalk. For further reading, the Rephaim, also a relative of the Nephilim, were mentioned in Genesis 14:5, Deuteronomy 2:20–21,  and Deuteronomy 3:11. And one might further understand Goliath’s heritage as originating from the Nephilim.

So in other words, the very giants which once inhabited the earth and invoked Elohim’s judgement with the flood, as recorded in Genesis 6: 1-4, Jubilees 7:21-25, and Jasher 4:18-20, later possessed the land during Yahusha’s time, according to Enoch and the gospels. 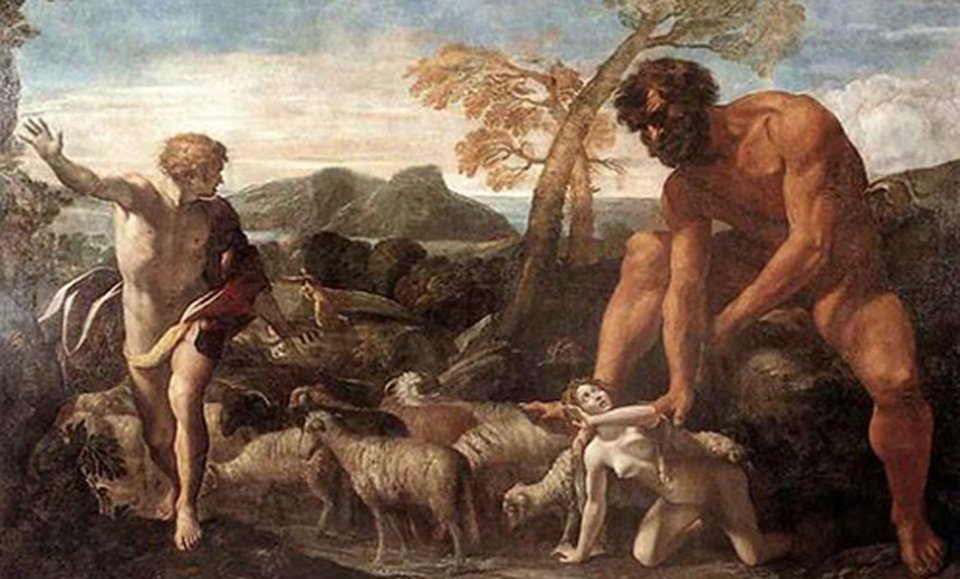 I know for anyone who’s grown up in the church repeatedly hearing how demons are fallen angels, there’s likely cognitive dissonance that comes with this sort of reading. Yet do consider that there is not one passage in all of Scripture which accredits demons to such angelic entities. How or why that became the common consensus among churchgoers, I cannot say. Perhaps if only because of the Nephilim’s close kinship to the Watchers, who fathered each of them by taking on human wives. And besides, is the idea of roaming giant spirits and giant possession any stranger than that of angel possession? I think not.

While one might argue that Moses wrote of the giants and the men of renowned long before the publication of Enoch (personally, I am of the sound mind that Enoch predated Genesis), the argument falls short when we recognize that Enoch was still written before the New Testament. Enoch introduced to us the theme of disembodied giants wandering the earth. The gospel writers enthusiastically ran with it.  When one considers the immense popularity of Enoch at the time of Yahusha’s ministry, specifically with the gospel and epistle writers, the connection becomes immediately clear. They were simply continuing a narrative that Enoch introduced. 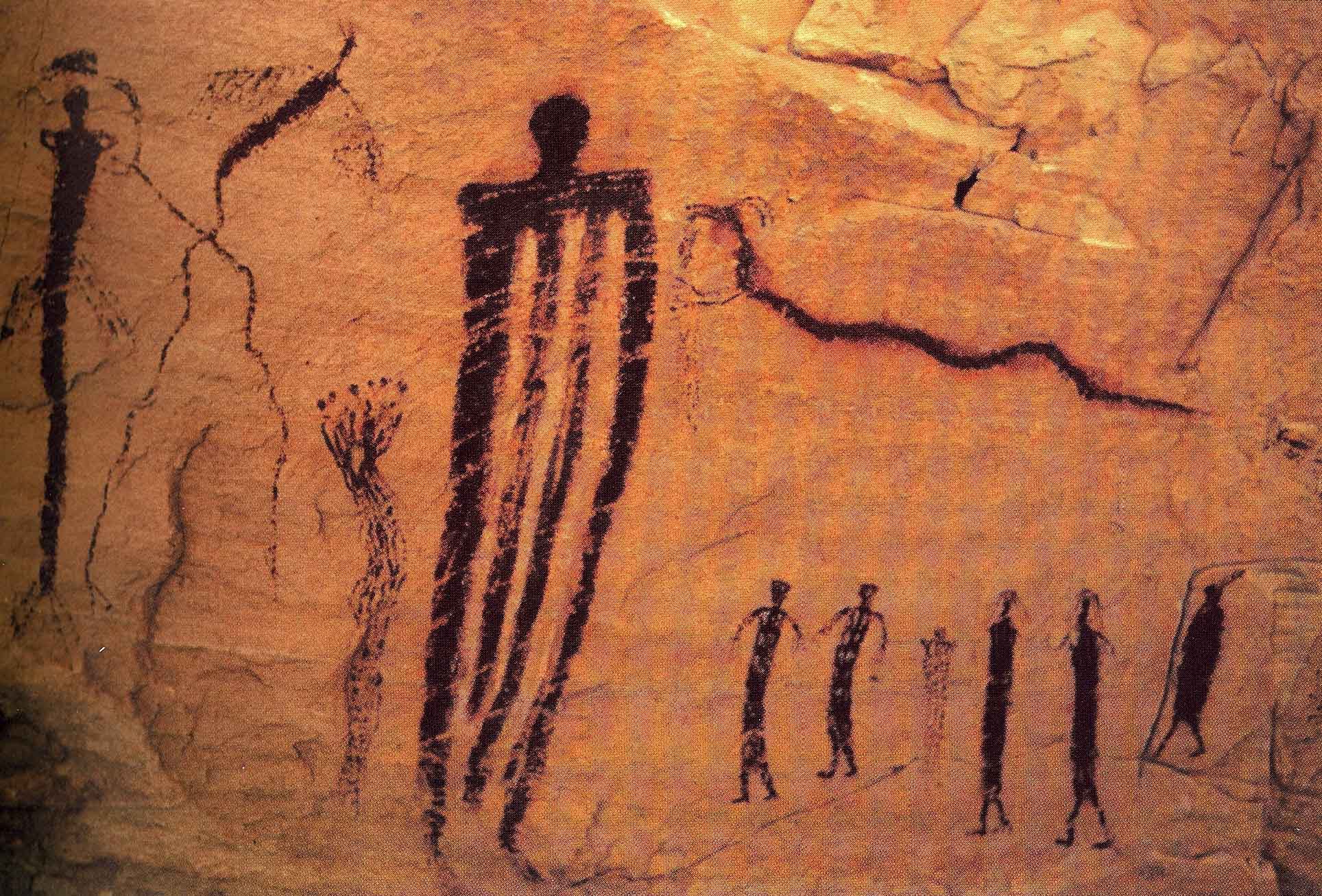