Muhammad, Servant of Rome: Christianity and Islam as the Two Pillars of Freemasonry Pick an article. Practically any article. Reading Wikipedia is like watching the official narrative perform mental acrobatics, complete with barking seals and fiery hoops, all in hopes of telling the psycho-dramatic hoax that is history and keeping their readers eyes wide-shut, which I am told they are successful at, most of the time. For some of us, they might as well deliver the Illuminati written movie script in the form of a chocolate bar and place it on the dashboard of our car so that we can sit there on a sunny afternoon and watch it melt. All I need to do is read Wikipedia to ascertain that Saint Augustine was a spook.

In the real world, you don’t write one of the biggest sellers of all time without having connections. And that goes for housewife J.K. Rowling. Spook. I’m onto you, Stephen King. You don’t write an 800-page volume every 6-months, all of which are deemed soggy with flavors of Theosophy, and sell nearly more books than Moses without a connection or two. Wikipedia tells me that author Agatha Christie, who is apparently on par with Shakespeare, spook, both selling 2 billion books, has authored precisely 66 of her own. You see what I mean? And I’m barely digging. When it comes to Augustine’s magnum opus, The City of God, puppet kings and diplomats alike were taking long walks past pee-pee Pan fountains and Venus inspired hedge-gardens, stargazing into its pages as if this was the next natural step in Rome’s spiritual evolution.

We’re talking about The City of God, and right away, Wikipedia tells me: “The sack of Rome by the Visigoths in 410 left Romans in a deep state of shock, and many Romans saw it as punishment for abandoning traditional Roman religion for Christianity. In response to these accusations, and in order to console Christians, Augustine wrote ‘The City of God’ as an argument for the truth of Christianity over competing religions and philosophies.”

Mm-hmm. Same Rome. Nothing to see here. Go back to sleep. 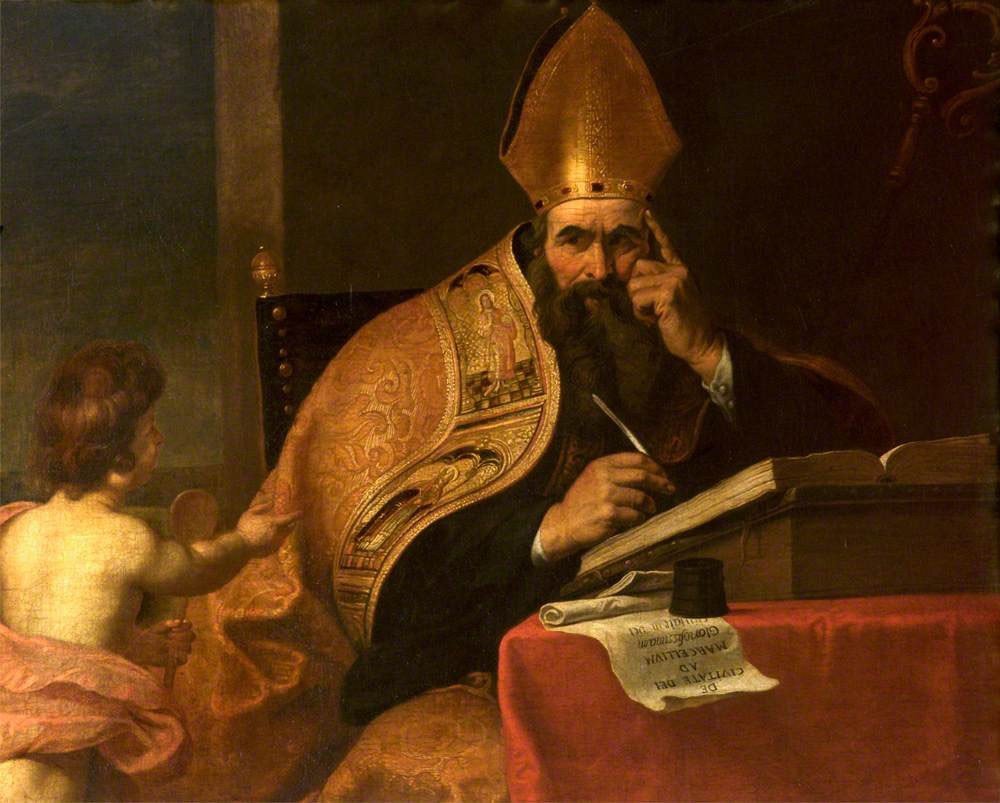 See, long before Augustine, an attempt was already made at uprooting the true followers of Messiah, a continuation of Judaism, by establishing the Christians at Antioch. As I have already pointed out, Ignatius was an agent of propaganda. But his letter-writing campaign on the road to Rome—all of which served the purpose of dismantling the Law of Yahuah and any hope of clinging to Revelation 14:12—was not enough. If the Beast System were to properly suppress the rising tide of Yahusha followers, the Mystery religions would need a face-lift beyond the mass-initiation process that was Hellenization. The site chosen was on the seven hills of Rome, called Vaticanus in Latin, meaning “place of the divining serpent.” It’s where the temple of Janus stood. In a separate article, Wikipedia immediately says, “Janus is the god of beginnings, gates, transitions, time, duality, doorways, passages, and endings.” Janus was none other than the pagan prototype for Saint Peter, with the Virgin Mary standing in for Venus, which likewise dubbed the office of Pope’s continuators of Janus—and so much more. It was from here that the Vatican could enforce the will of the gods. But that’s probably none of my business.

From City of God’s Wikipedia article, we learn that the people whom Rome ruled over wanted to return the Jesus deity-fellow to the followers of Yahusha in order that they themselves might return to the unspoiled Occult rites. For once, I’m cheering these rebellious neophytes on. They didn’t want Yahusha mixed up in their sacred rites, and I don’t want him tainted in theirs either. Rome needed to control all sides of the narrative. For this reason, Augustine was propped up on every possible billboard. Buy my book. The Vatican made sure of it—there were no shortage of good reviews.

We further glean, Augustine “argues that Christianity was not responsible for the Sack of Rome, but instead responsible for its success. Even if the earthly rule of the Empire was imperiled, it was the City of God that would ultimately triumph. Augustine’s focus was Heaven, a theme of many Christian works of Late Antiquity. Despite Christianity’s designation as the official religion of the Empire, Augustine declared its message to be spiritual rather than political. Christianity, he argued, should be concerned with the mystical, heavenly city, the New Jerusalem, rather than with earthly politics.”

Has your candy bar melted yet? Wikipedia holds no shortage of them. I’m already on my third or fourth, and we’re only a paragraph in. Never mind that Rome is ruling the world, says Augustine. After all, the Wizard of Oz has a message, and it’s spiritual. Try to say that with limp hands and a lisp. Its message is spiritual. Is anybody still buying this double-think?

I haven’t the faintest clue when Augustine was brought in as an agent provocateur. We’re dealing with the acrobatics and the trampolines of official history, mind you, as well as Dionysius Exiguous’ fabricated Gregorian calendar, all of which was purposed to hide us from the true day and hour we ultimately live in. Anno Domini. Dionysius and Augustine were contemporaries, by the way. Here’s what we can probably say for certain. Augustine’s role as operative began no later than Milan, and while influenced by Ambrose. According to Alberto Rivera, a Jesuit defector, the man who would become Augustine of Hippo then returned from Milan to Africa to set up a series of monasteries which doubled as spy networks, “to seek out and destroy Bible manuscripts owned by true Christians.” This is likely a reference to the Natsarim and the Ebionites, descendants of the Jerusalem group, which the Christians of Antioch had earlier attempted to cripple. The Catholic Church did indeed war with them. And it is true, very little of their literature remains.

Speaking of The City of God, here’s another thing which the official narrative, with the support of historical revisionism, informs me. Rome desperately wanted Jerusalem. And yet, here’s the problem. Nothing that I have yet to read is able to convince me that there was ever a time when Rome failed to have Jerusalem in its grasp.

No—they didn’t need Jerusalem. They needed light magic. And dark magic. The left-hand and right-hand path. The illusion of choice. Like the Mysteries which Rome was born from, they needed pscyhodramatic exercises for the alchemical transformation of society. What they needed was another Messiah. 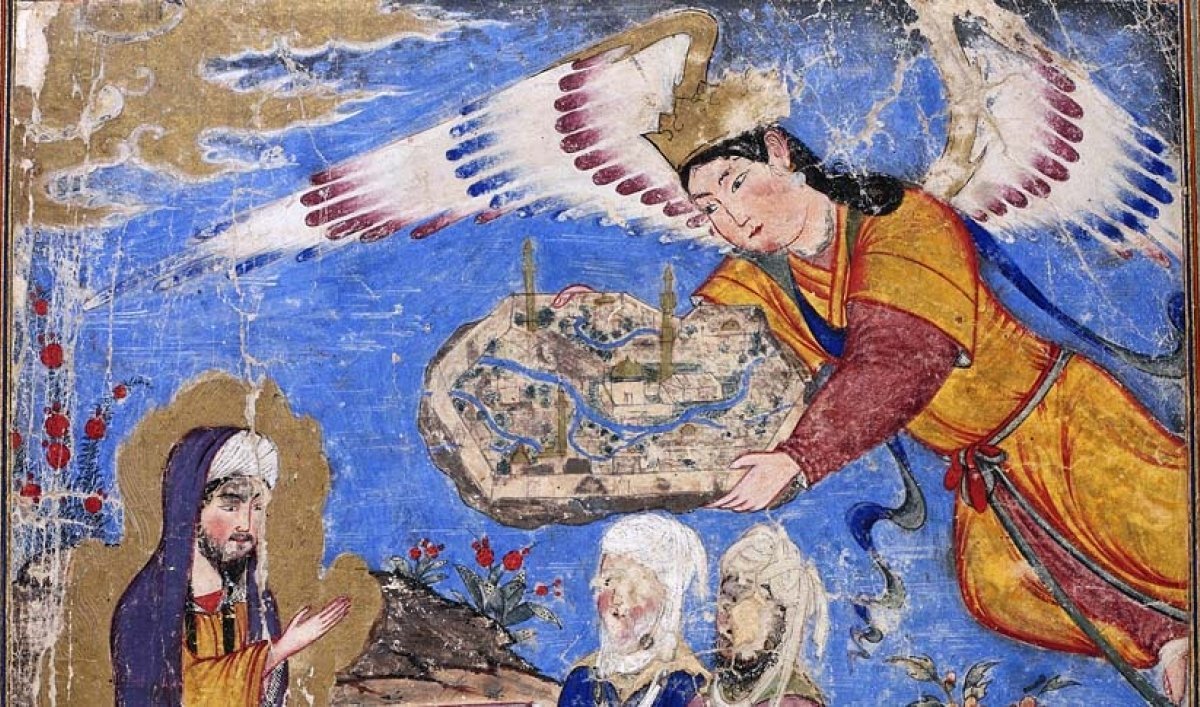 Official history dangles for us the carrot that is Khadija—a wealthy widow—but few often snag the bait. Khadija was a Roman Catholic. And like Augustine, Khadija was given an assignment. Find a charismatic Arab to lead Rome’s new religion.

In Rome, they worshiped the sun. In Mecca, they worshiped the moon. It was the perfect set-up. Hāshim ibn ‘Abd Manāf was the great-grandfather of Muhammad and the progenitor of the Banu Hashim clan of the Quraysh tribe in Mecca. When Muhammad’s father and grandfather died, the governorship of Mecca was passed onto someone else. You see what they did there? They created a problem. Thus, the orphaned Muhammad was groomed from the start. While the Vatican worked with Catholic Arabs to massage North Africa’s joints into one of expectancy for their coming redeemer, the young Muhammad studied the works of Augustine.

At twenty-two years of age, Muhammad was brought on as an employee of the wealthy widow, Khadija, in order that he might manage her affairs. Within three years they were married. It was not Muhammad however that proposed, but Khadija. Khadija was already forty. History records that she became the first woman Muslim while simultaneously overlooking the obvious. She was his handler.

Her first cousin Waraquah, another Roman Catholic spook, became Muhammad’s advisor so that, among the young lad’s divine revelations, he might also play the part of his interpreter. From these counseling sessions the Koran sprung forth. The Roman Catholic Church needed their opposition. They needed their light and dark magic; their right and the left-hand path. And they obtained it in one clever twist. Muhammad—with the help of his handlers—brilliantly switched Isaac with Ishmael as Abraham’s offering.

An added bonus was offered with Muhammad’s spectacular journey, riding upon Buraq, a mythical winged creature, and with the help of the archangel Gabriel, whereas he set down upon the Temple Mount and met with Abraham, Moses, and Jesus. Too bad it was really Fort Antonia. But we’ll save that discussion for another time. 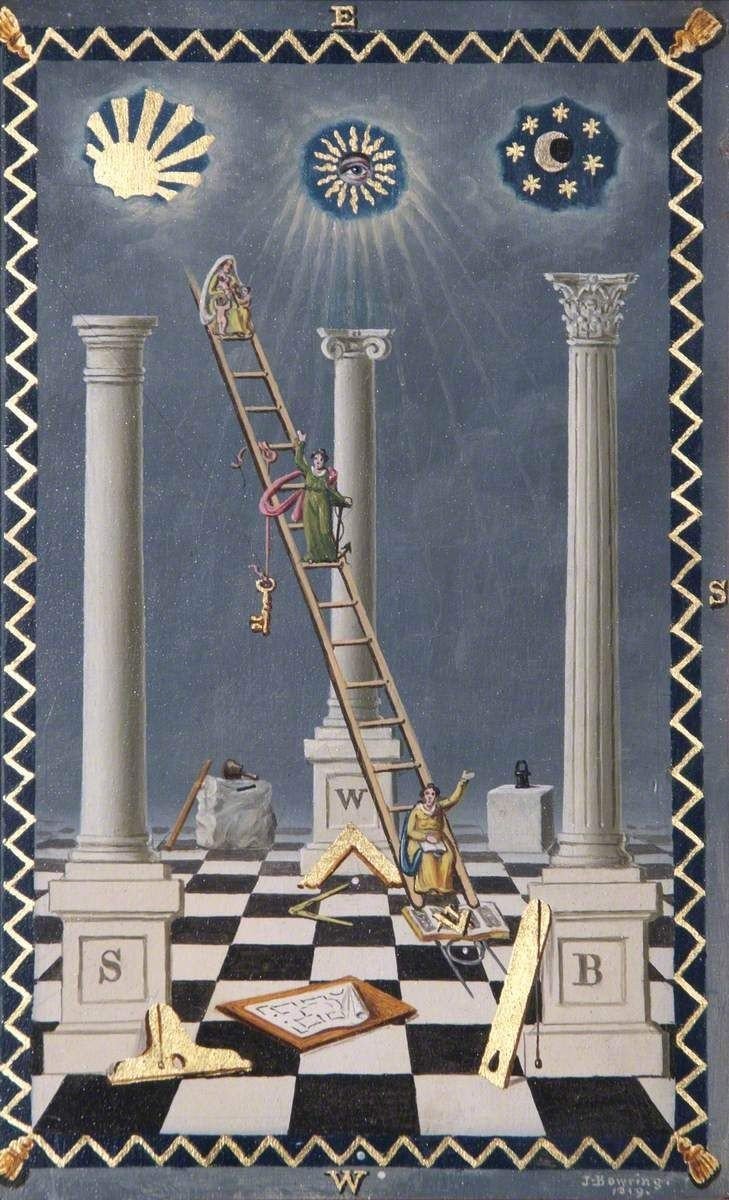 Rome created Christianity in Antioch. It created Islam. And there you have it. I’ve just presented for you two pillars. The high places which Yahuah spoke of and hated. Light and dark. On one hand, the umbrella of denominations under Rome raise the cross of Tammuz—the sun god—upon their high places. Islam slaps the moon upon theirs.

Two pillars. In Freemasonry, these are the very doorways to initiation—the entrance-way to the divine. But as you may or may not know, the symbolism doesn’t end there, because there’s another pillar. It involves a third-eye awakening. The initiate who walks between the two pillars, strength and wisdom, becomes harmony—the third pillar.

Everything points to Zionism.

For the longest time, people would ask: “Who is running the world, Noel—the Jesuit or the Jew?” And I would respond: “Look, I don’t know who’s running the world. Somebody’s running the world, and I don’t know who. Maybe it’s the Illuminati. Maybe it’s the Rothschild’s. For all I know, it’s some pimply faced kid with a laptop, sitting in a bagel shop in Pasadena.” Technically, I still stand by this interpretation, though to be fair, Jared Kushner resided at 666 Fifth Avenue in New York City, not Pasadena, and no longer has his spots. Yes, I just went there.

I have heard it lambasted my entire life; Protestant denominations are giving the handshake to the Pope—as if this is a betrayal of everything the Reformation stood for—and maybe it is, but why should we be surprised? The Protestant Reformation was created by Rome. It was a classic MK-Ultra splitting of the psyche. Rome was their handler. The printing press was no different than the internet today. It was created by the intelligence community. Johannes Gutenberg? Spook.  But here’s the elephant in the room. There’s a wizard even grander than the pope. Rome is nothing more or less than a tool.

Look to the third pillar. The tree of life. The mystical symbol of Kabbalah. End game.

They were working for Zionism all along.