THE MANDELA EFFECT IS A HARBINGER OF BIBLE PROPHECY 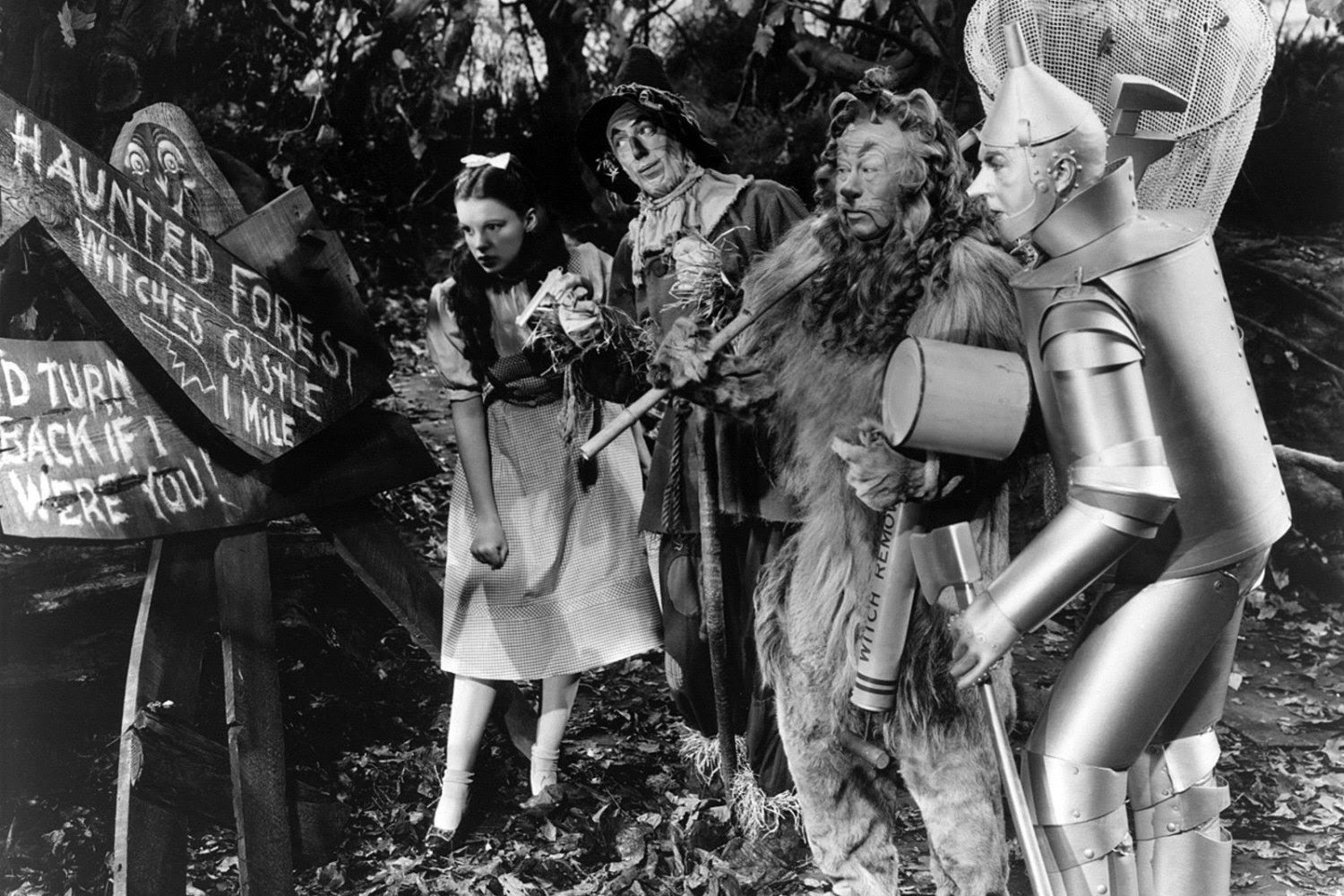 IF YOU’VE RECENTLY HEARD SOMEONE CLAIM: “THE SCARECROW NEVER HAD A GUN,” and you agree with that sentiment, then you too are a mugging victim of the Mandela Effect. Because I hate to be the bearer of bad news, but the Scarecrow is now apparently locked and loaded in Oz. In fact, whether you’ll admit to such an oddity or not, you’re likely the recipient of countless other Mandela Effects as well. Today I want to outline why I think this phenomena is important, despite the limited amount of people who are willing to acknowledge them. Chiefly, the Mandela Effect is in its infant stages of fulfilling end-times Biblical prophecy.

I like to think of the Mandela Effect as a wake-up call. It’s an intrusive alarm going off by the bedside, letting us know what day we’re waking up to. Unfortunately too many of us are slapping the snooze. The Mandela Effect is a false reality that is being projected whereas supernatural changes are altering documented records of our past, often in immature or sadistic ways. Any time we are being lied to about our own reality then we must conclude that cannot be a good thing. As the father of lies, Satan is continually trying to design his own creation, which is outright impossible to do, unless he should distort what already exists. And that happens to belong to God. What we’re witnessing is all only a psychological and weaponized test run for when God finally hands over the full authority of His creation to Satan, and as the Bible promises, for a very short time.

The Mandela Effect, as I’ve come to conclude over my last year of research on the subject, is a multi-pronged targeted attack against God in these following four ways.

There are two noted scripture verses of the prophetic nature which I’ve also come to believe may be specifically detailing the Mandela Effect in ways that no other generation but our own, or perhaps the days of Noah, could have possibly imagined.

“11 Behold, the days come, saith the Lord GOD, that I will send a famine in the land, not a famine of bread, nor a thirst for water, but of hearing the words of the LORD: 12 And they shall wander from sea to sea, and from the north even to the east, they shall run to and fro to seek the word of the LORD, and shall not find it.” Amos 8:11-12 (KJV)

The Beast System is already here. And Satan has been busy setting up that kingdom for his chosen son, the Anti-Christ. So much has been written about the technological witchcraft unfolding over at CERN, among other occulting and elite organizations, specifically how they’re even hinting at the fact that they’re the master magicians behind all of this, that I’d really be doing that research an injustice by trying to tackle it here.

There are various flood accounts within Hebrew literature, non which seem to disagree with each other. In the book of Jasher, which is accredited as an acceptable text in both 2 Samuel 1:18 and Joshua 10:13, describes the total destruction of God’s created order that led to the LORD’s final decision to drown the world in floodwaters. Between Genetic and Geo engineering, transhumanism, and what those boys over there at CERN are cooking, what is described in Jasher is not so dissimilar from what is happening in our world today. Actually, it’s spot on.

“18 And their judges and rulers went to the daughters of men and took their wives by force from their husbands according to their choice, and the sons of men in those days took from the cattle of the earth, the beasts of the field and the fowls of the air, and taught the mixture of animals of one species with the other, in order therewith to provoke the Lord; and God saw the whole earth and it was corrupt, for all flesh had corrupted its ways on earth, all men and all animals. 19 And the Lord said, I will blot out man that I created from the face of the earth, yea from man to the birds of the air together with cattle and beasts that are in the field for I repent that I made them. 20 And all men who walked in the ways of the Lord died in those days, before the Lord brought the evil on man which He had declared, for this was the Lord that they should not see the evil which the Lord spoke of concerning the sons of men.” Jasher 4:18-20

There’s a couple of added reasons why I want to start talking about the Mandela Effect with more frequency, aside from my belief that it’s a harbinger of prophecy. Firstly, there’s a lot of people out there who think this Mandela Effect is a “Good thing.” They’re also looking at this prophetically, but through the dawning of the age of Aquarius, which is Luciferian through and through. I look around and see evil everywhere. What once was good is now evil, and what once was evil is now good. As such, know that I’m not celebrating this phenomena by any means. Be careful about gazing into the abyss, because it has a way of gazing back.

Secondly, it seems to create a lot of fear in people, particularly those who recognize these changes to their reality as a valid thing. I really want to stress that this simply doesn’t need to be the case. We are not in control of our own reality anyways, and never have been. God however is still 100 percent in control of our reality, and always has been! What the Mandela Effect has done is given me a wider scope of understanding into the power Satan has been granted concerning God’s created order through corruption, manipulation, and deception, the willingness of humanity, particularly from our political and scientific elite and the people who blindly follow them, each in turn eager to go along with his destruction of it, and why a second round of worldwide judgement is coming.

Whenever I face uncertainties, especially in these unprecedented days, I like to consider the words of my Master.

“And I give unto them eternal life; and they shall never perish, neither shall any man pluck them out of my hand.” John 10:28 (KJV)

The Mandela Effect is real. And if I’m right, things are going to get even stranger. More to come.

Maranatha from the Outer Banks, NC!