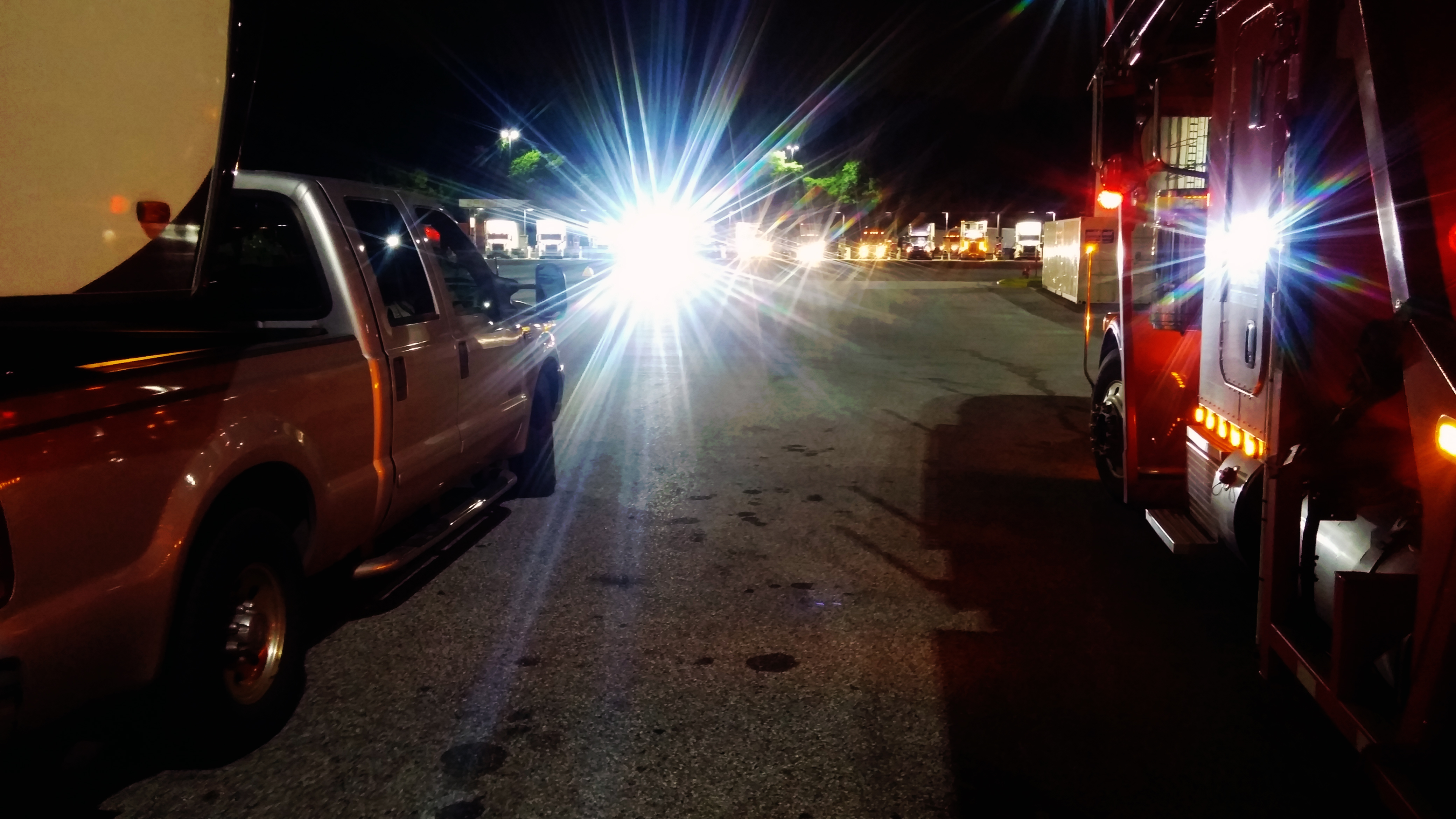 TWENTY-FIVE HOURS. THAT’S HOW LONG THE DRIVE LASTED from Hatteras Island in North Carolina to Kennebunkport, Maine, a new record for tolerance behind the wheel. Rain was an unavoidable contributor. Storms sprayed the I-95 through all nine participating states, and tolls on the New Jersey Turnpike added up to somewhere around $200. Despite not even being three years of age, the twins acted like pros. The majority of tears derived from their mother and me. And the drive, along with gas station coffee, which only seems to rouse my curiosities, gave me plenty of time to think. The sun was on my mind for much of it, despite never once seeing it the entire trip. More specifically the Hebrew word. Shemesh. When I finally got around to learning what shemesh actually meant, I nearly fell out of my seat. 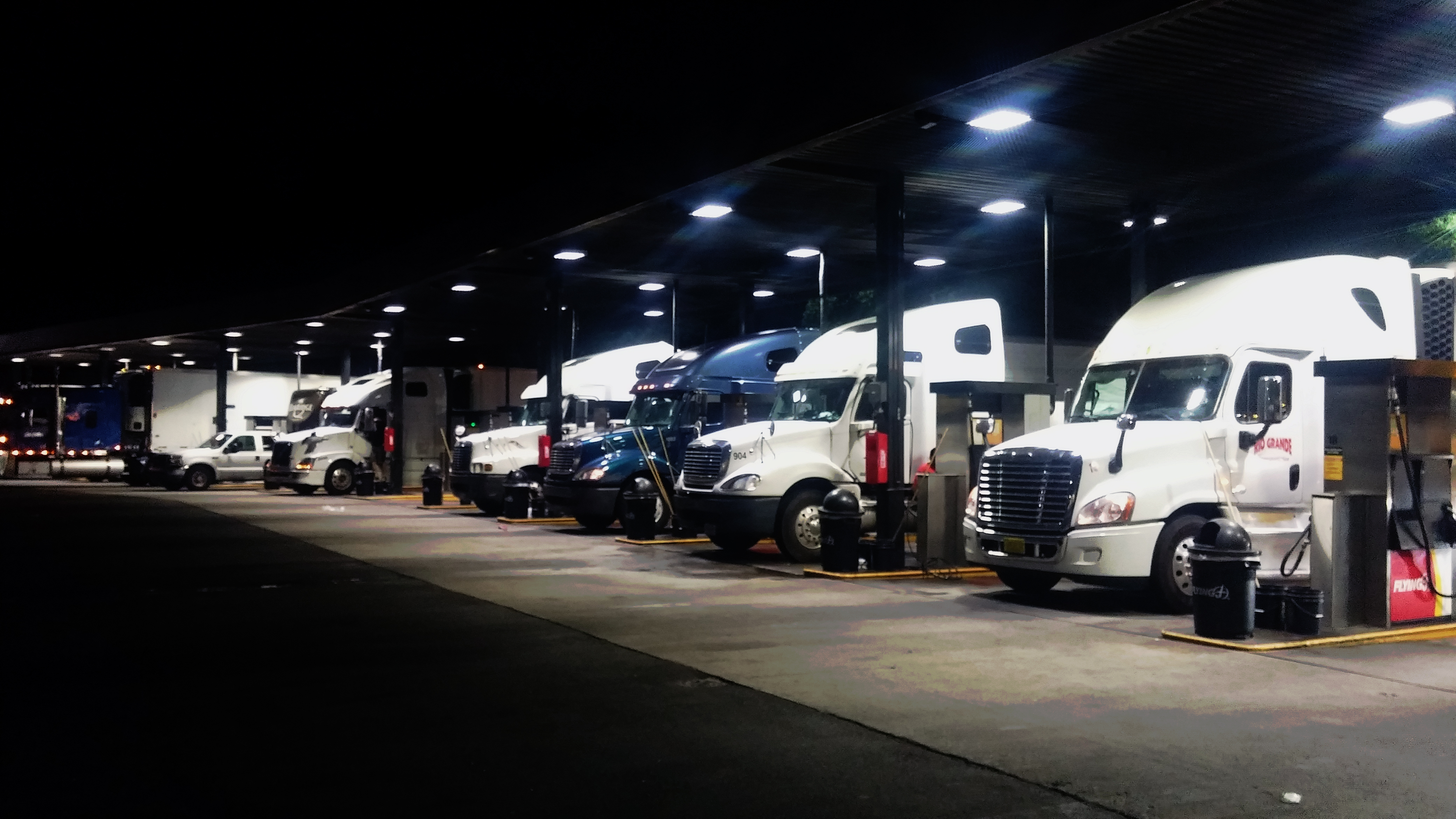 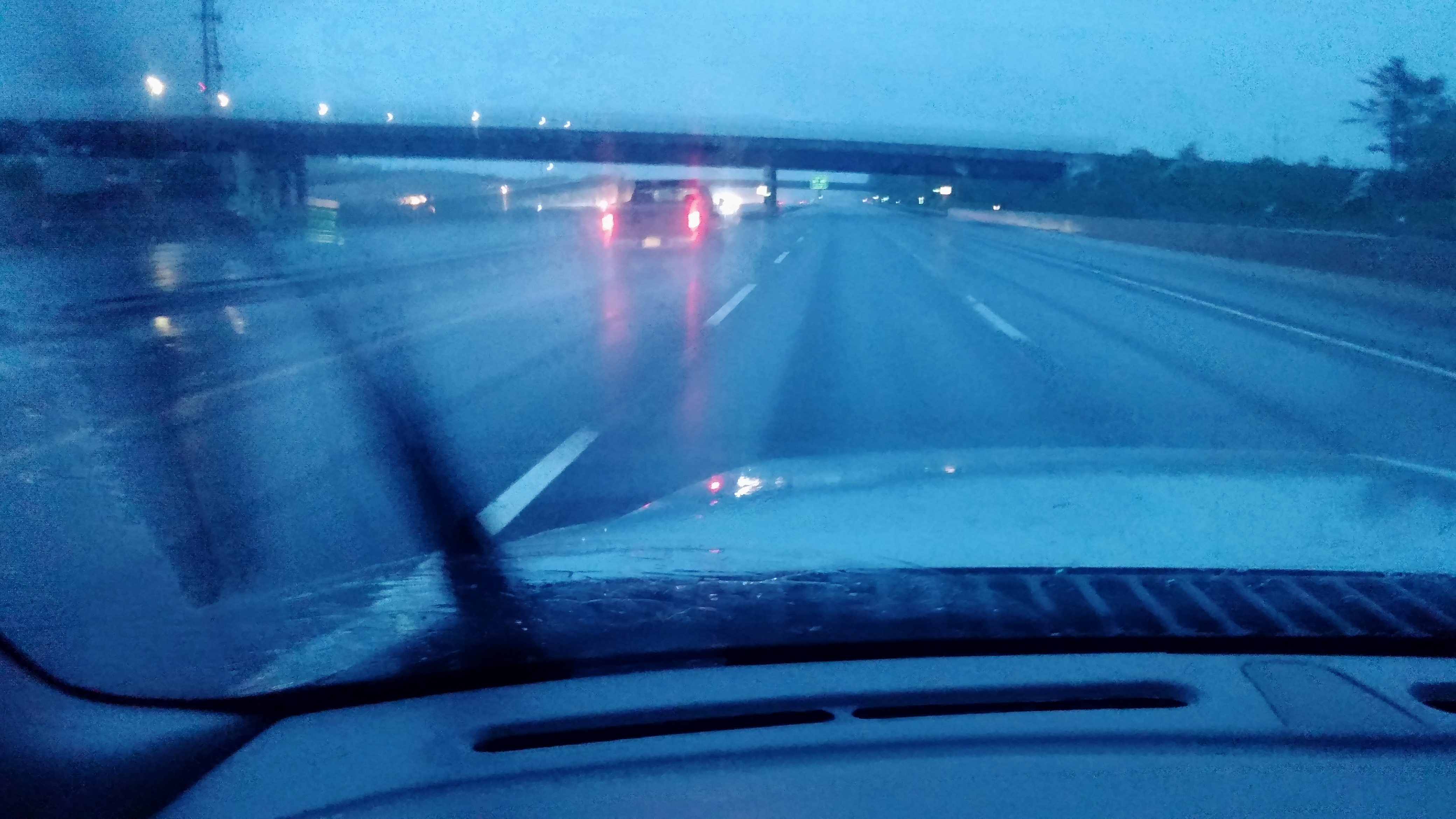 Really, I started this series “The Biblical Flat Earth” thinking it would be a simple topic, something I could fully comprehend in a day, maybe two, and then move on with my Flat Earth studies. That was apparently the me not fully detoxed from the thirty-five years of Copernican indoctrination that had filled the fluid in my brain, because to this very hour I’m still learning immensely, perplexed and amazed. When Psalm 19 proclaims: “the heavens declare the glory of God,” it does so literally in more ways than I ever thought possible as a Biblical Literalist. God be praised.

Did anyone else just fall out of their chair as I did all over again?

“19 The heavens declare the glory of God; and the firmament sheweth his handywork. 2 Day unto day uttereth speech, and night unto night sheweth knowledge. 3 There is no speech nor language, where their voice is not heard. 4 Their line is gone out through all the earth, and their words to the end of the world. In them hath he set a tabernacle for the sun (shemesh), 5 Which is as a bridegroom coming out of his chamber, and rejoiceth as a strong man to run a race. 6 His going forth is from the end of the heaven, and his circuit unto the ends of it: and there is nothing hid from the heat thereof.” Psalm 19:1-6

Practically, this is how it works. The sun moves in a spiral line gone out through all the earth, winding as a screw over the circular face of that Earth in an ever shrinking or expanding circle, southward first from June till December and then northward from December till June. The sun in Hebrew is also masculine, whereas the equally-large moon, giving forth her own lesser light, is feminine. He therefore strays behind the stars about four minutes each day, thus marching through the 12-month zodiac calendar within a year. From our perspective, you can think of it like this: The sun is the dial on a cosmic clock, and each constellation in the Hebrew zodiac is an hour.

Now, let’s refresh. Was not the whole of Holy Scripture inspired by God?

“21 For the prophecy came not in old time by the will of man: but holy men of God spake as they were moved by the Holy Ghost.” 2 Peter 1:21

And let’s not overlook the fact that its very words were inspired by God.

“13 Which things also we speak, not in the words which man’s wisdom teacheth, but which the Holy Ghost teacheth; comparing spiritual things with spiritual.” 1 Corinthians 2:13 (KJV)

So when God used the word Shemesh, it means He wanted us to understand the sun as something that runs hastily and moves very fast. As if Joshua 10:13 isn’t a settled debate yet among the cognitive dissonance of Copernicans, should we not take the Hebrew word for sun into consideration when interpreting it?

“13 And the sun stood still, and the moon stayed, until the people had avenged themselves upon their enemies. Is not this written in the book of Jasher? So the sun stood still in the midst of heaven, and hasted not to go down about a whole day.” Joshua 10:13 (KJV)

So much for perspective being the culprit. God is not a relativist when it comes to our perceptions, and He certainly isn’t a Copernican.

CAPE HATTERAS TO KENNEBUNKPORT, ONE OF THE LONGEST TWENTY-FIVE HOUR stretches of my adult life. But here we are, safe. I managed not to drive our fifth-wheel off a cliff. And like I said, the twins were pros. But their bottoms probably hurt just as much as mine. Here’s some pictures that I took only moments after our arrival, when the simplest playground equipment could have passed as a 1-day admission to the Magic Kingdom. 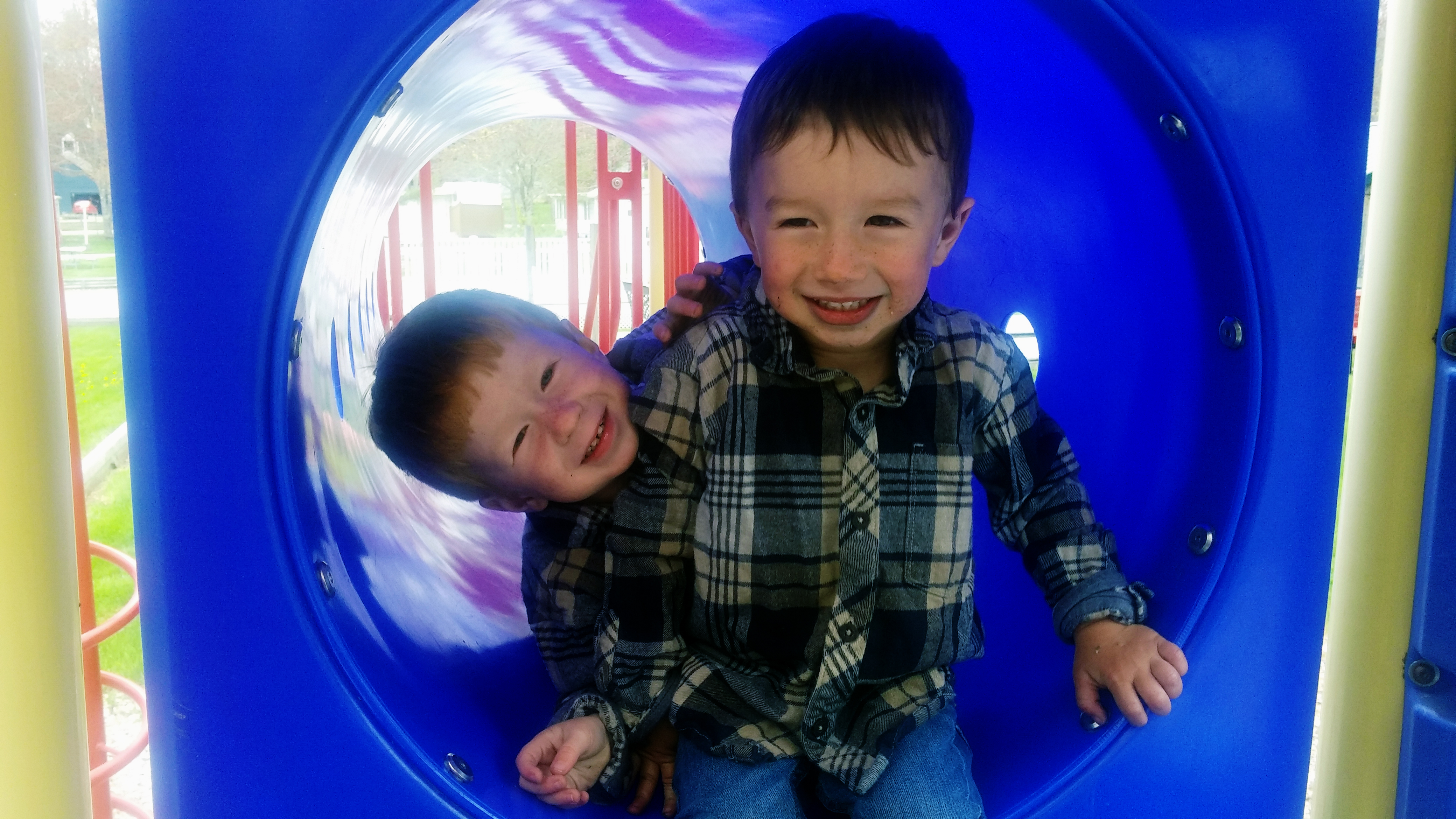 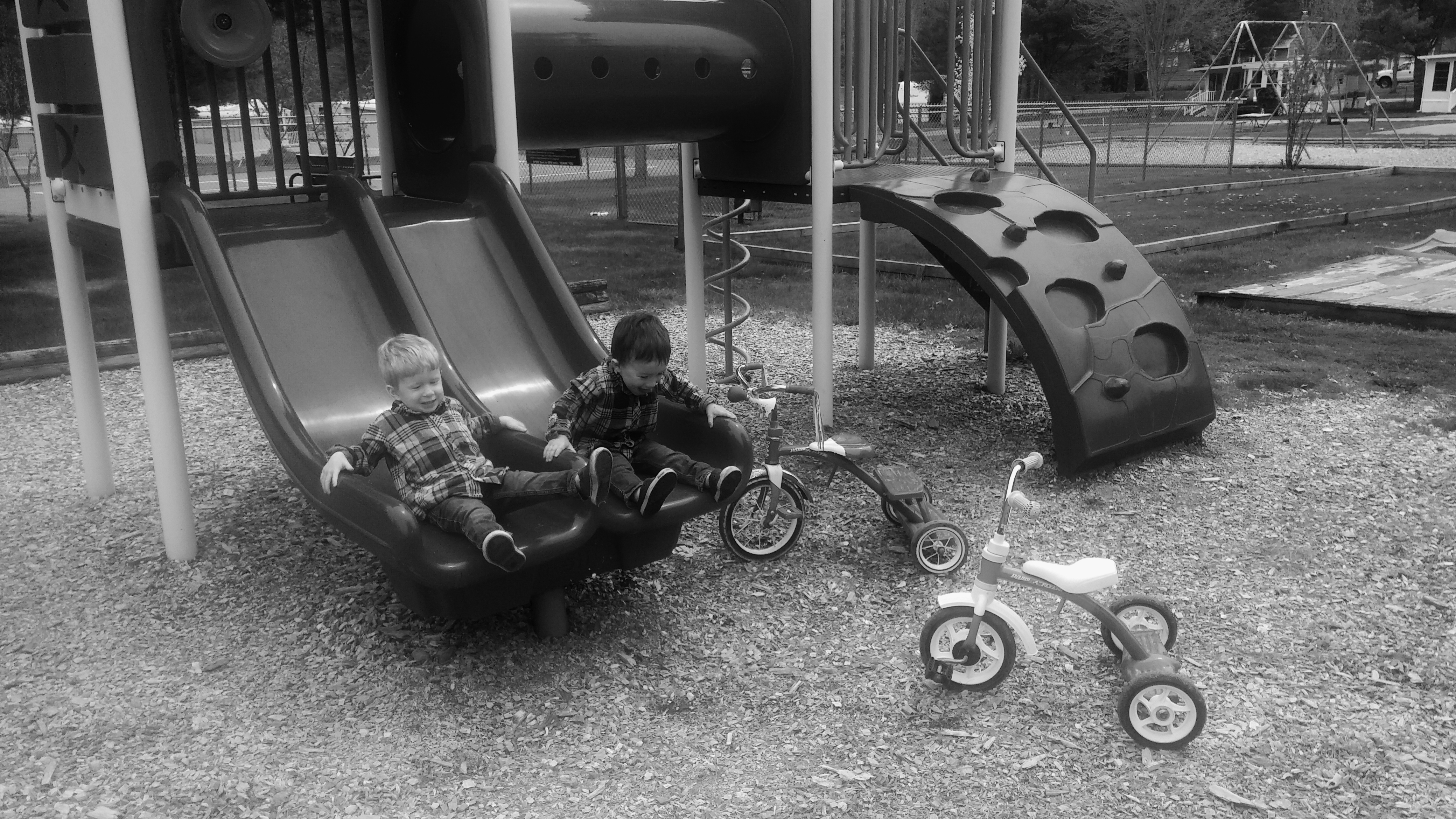