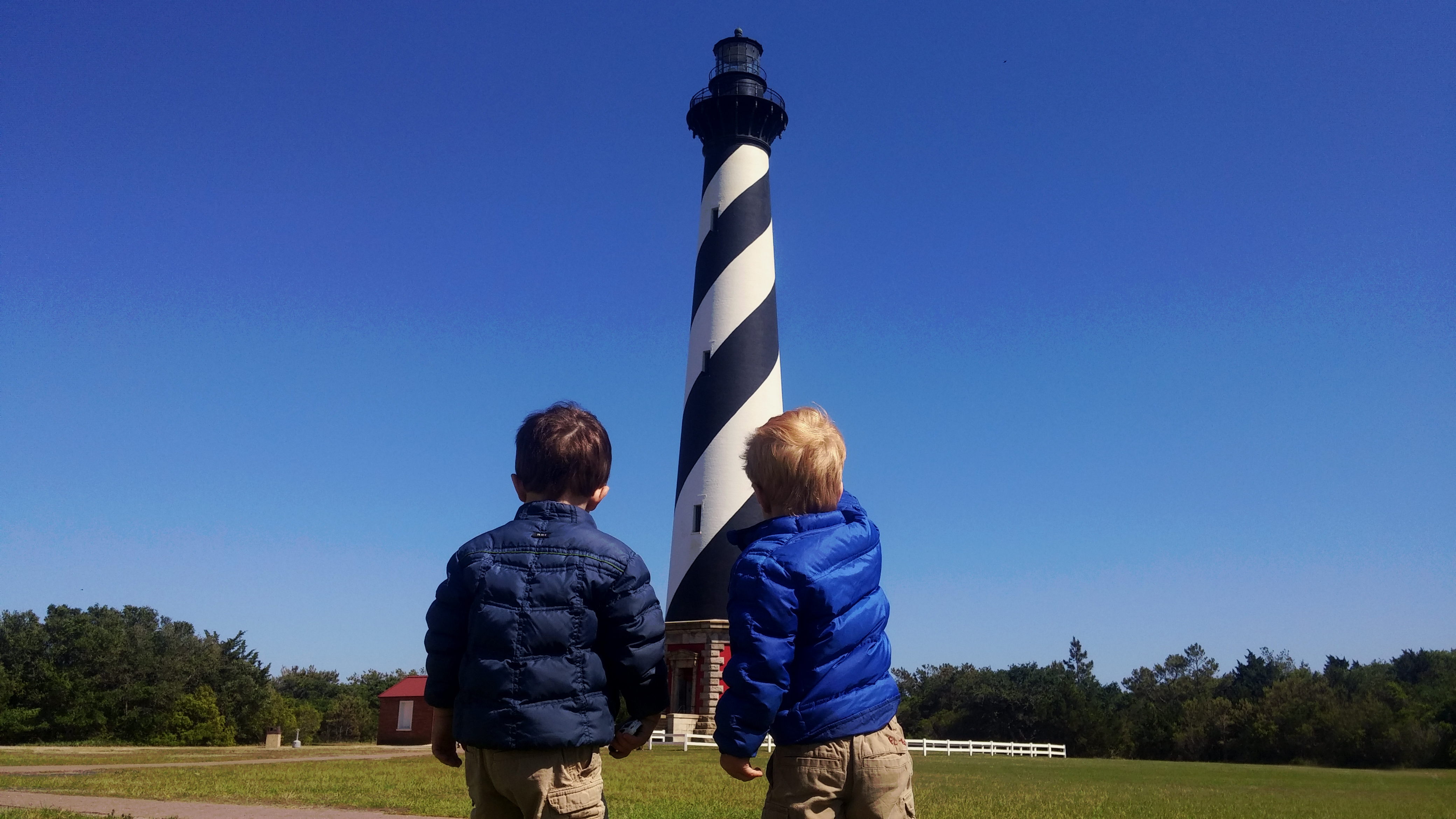 LIGHTHOUSES ARE A COMPLETELY DIFFERENT EXPERIENCE now that I’m a Flat Earther. Actually, my perception of the entire world has changed, as drastically as switching from a lifetime on black and white television with bunny-ear reception to a flat screen with high definition, and in color. Nothing will ever be the same again. There is no arching curve to the ocean, only sea level, which also explains so much about what we know of lighthouses and the history of ocean navigation. So a visitation to one has become somewhat of an event. And it turns out, Cape Hatteras is a bit of a discussion among Flat Earthers, as lighthouses go.

See, for centuries ship captains have defied establishment science by admitting to the observance of light from those night-friendly towers well beyond the curve necessary to make a globe-model work. Accordingly, to believe in a Ball-Earth, everything on the distant horizon is either a result of light refraction, or the fact that it will never bend away from us as the curve of the globe would dictate, a superior mirage. It’s all outright ridiculous when our every observances, backed with God-given common sense, dramatically speaks otherwise.

At 193 feet Cape Hatteras can be seen from such a distance as 40 miles. According to Ball-Earth theory, such a tower ought to be nine-hundred feet under the curve of sea level!

Similarly, at 156 feet nearby Bodie Lighthouse on Nag Head can admittedly cast its beam of light 19 nautical miles which, when considering its height among globe estimates, still stands 9 feet under the curve of the earth. This according to its official website. As a Flat Earther I’ll let that one slide. But I’m keeping my eye on you, Bodie. 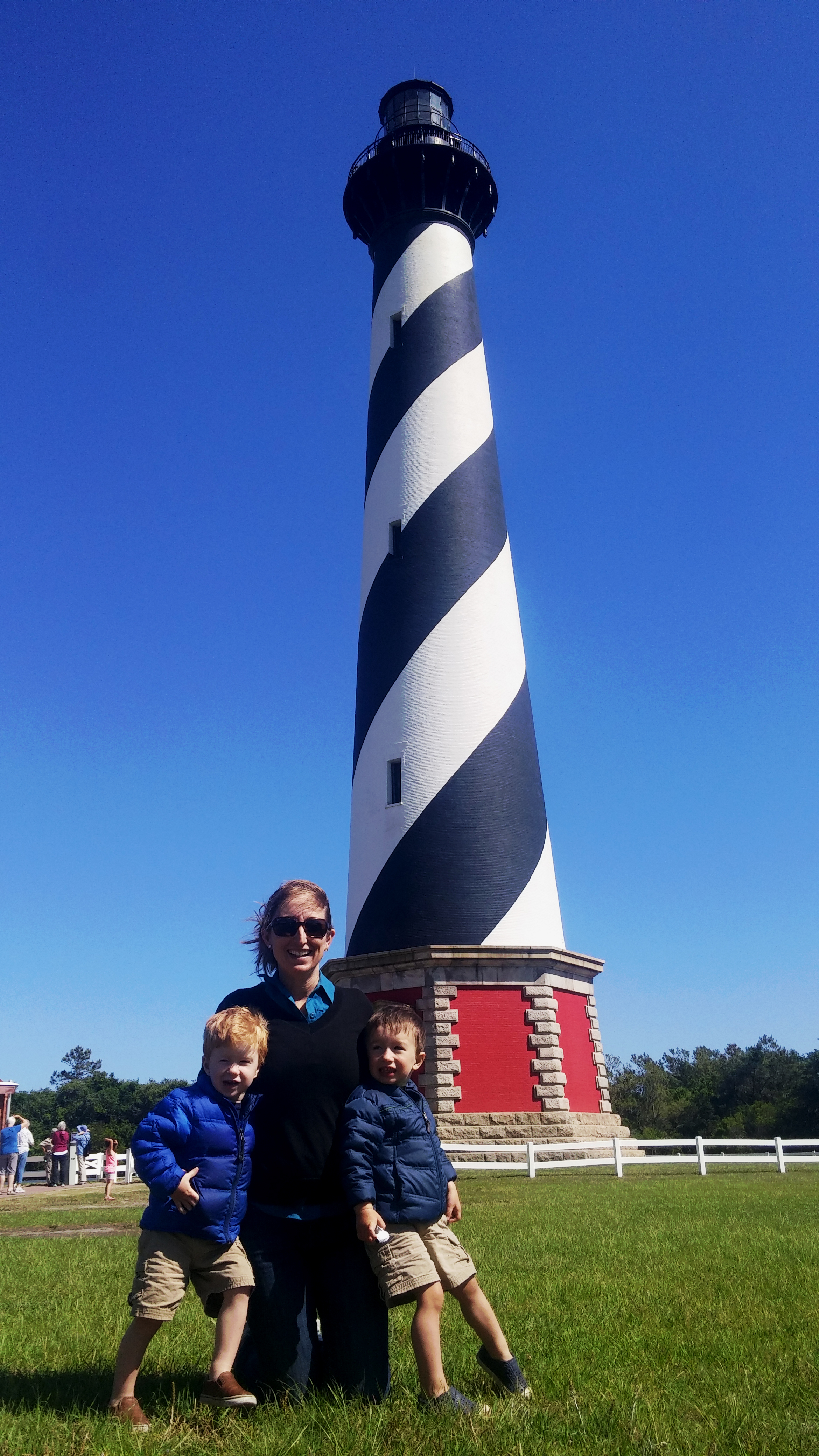 Ira and Eric pose with Mommy before her ascent up the tower. 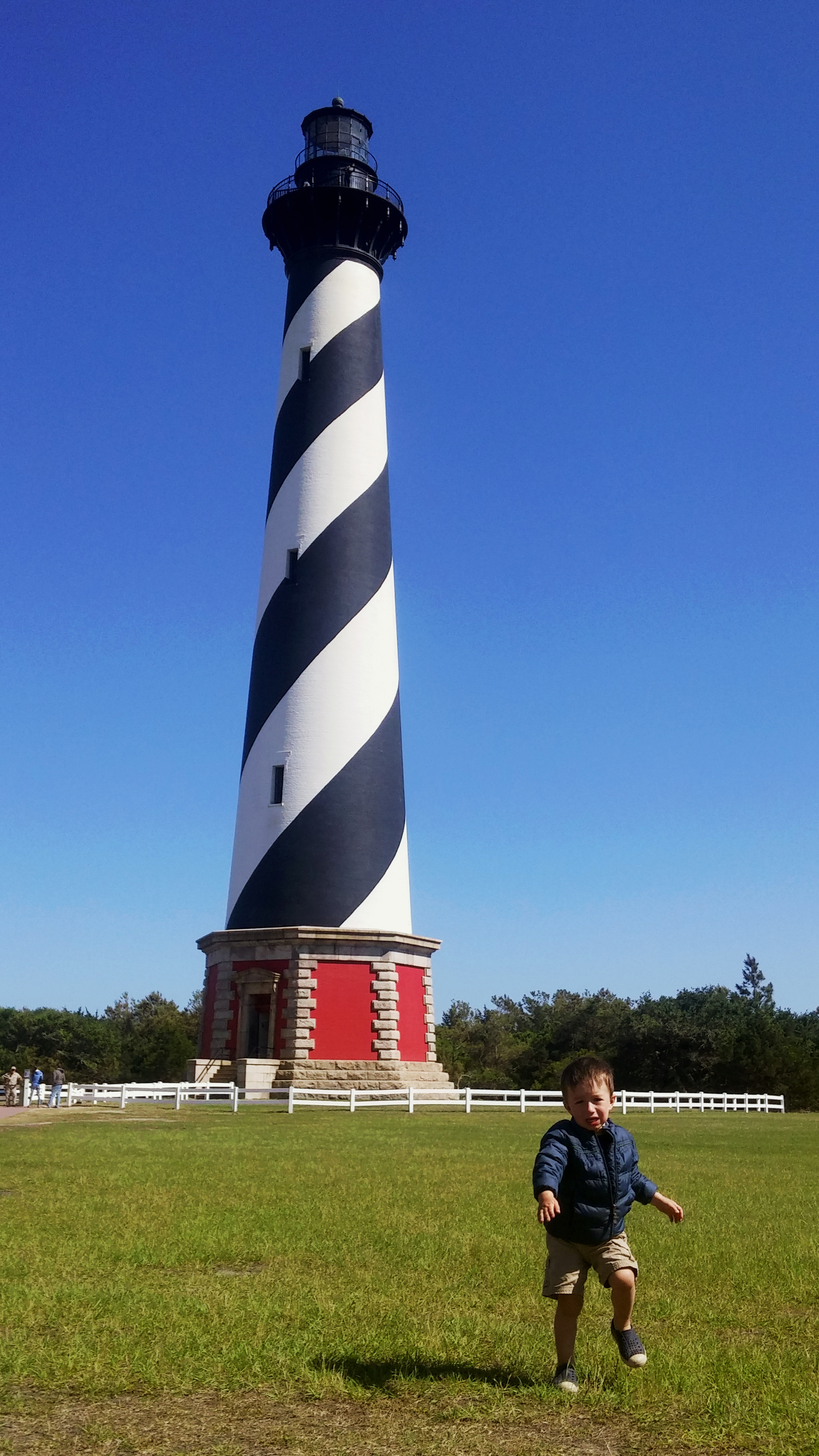 Eric throws the temper tantrum reminiscent of a two year-old toddler over the fact that two year-olds aren’t allowed in the lighthouse. Notice Sarah standing on the deck above watching him preform the happy dance. 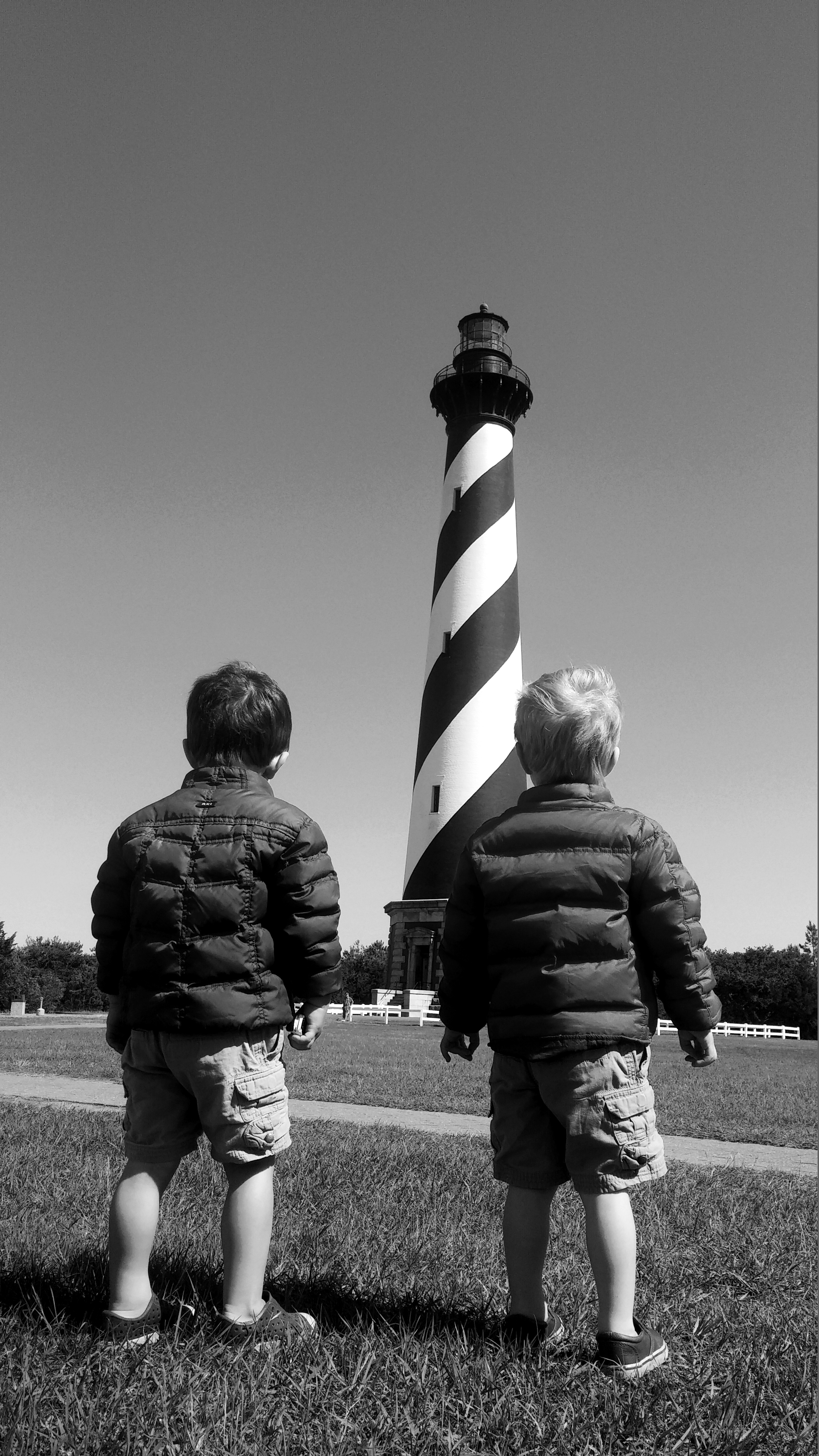 Eric and Ira gaze up at the 193 foot lighthouse waiting on Mommy to return. 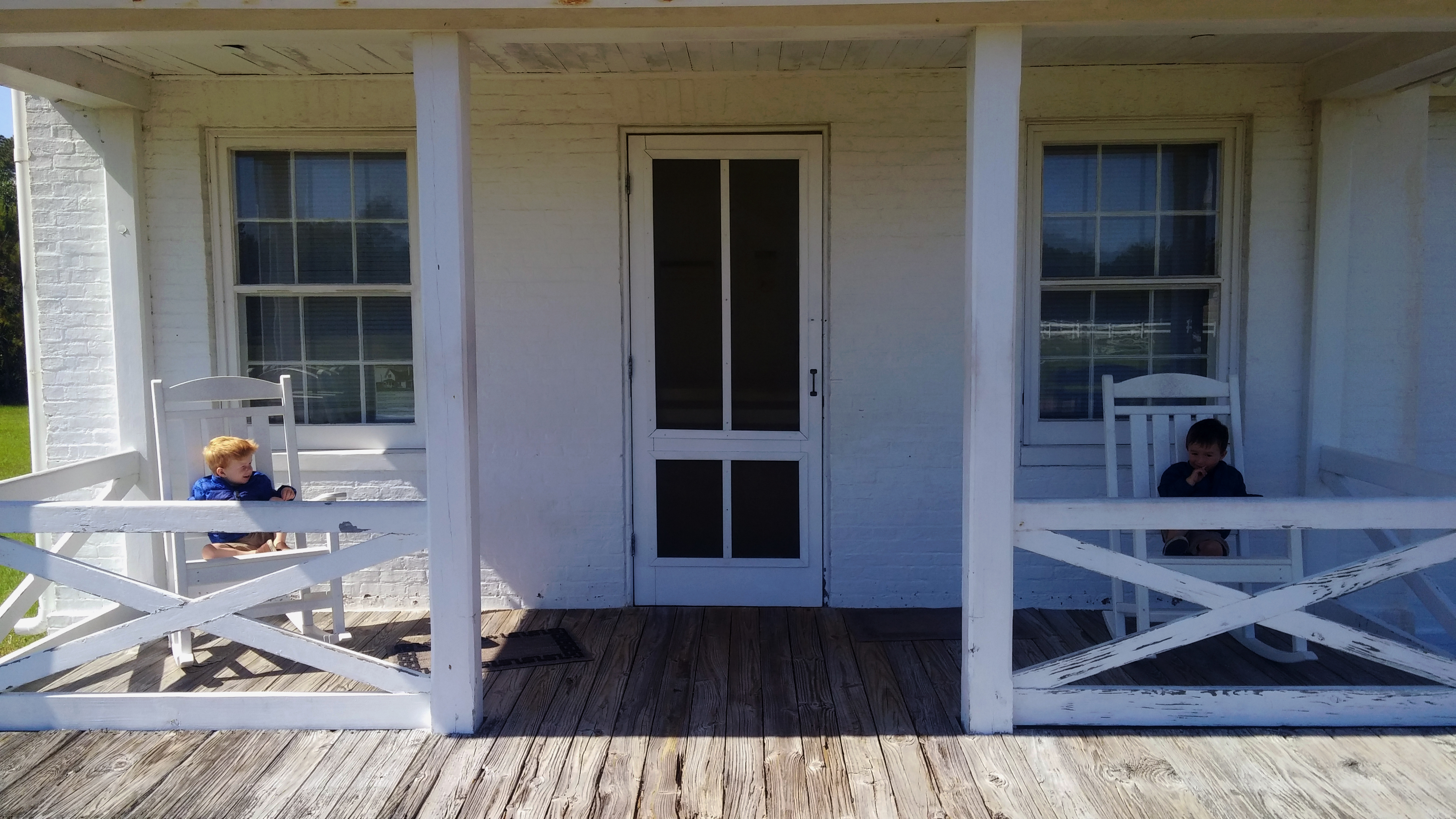 Still waiting, and having fun, sort of. Eric’s still upset. But Ira’s comfy. 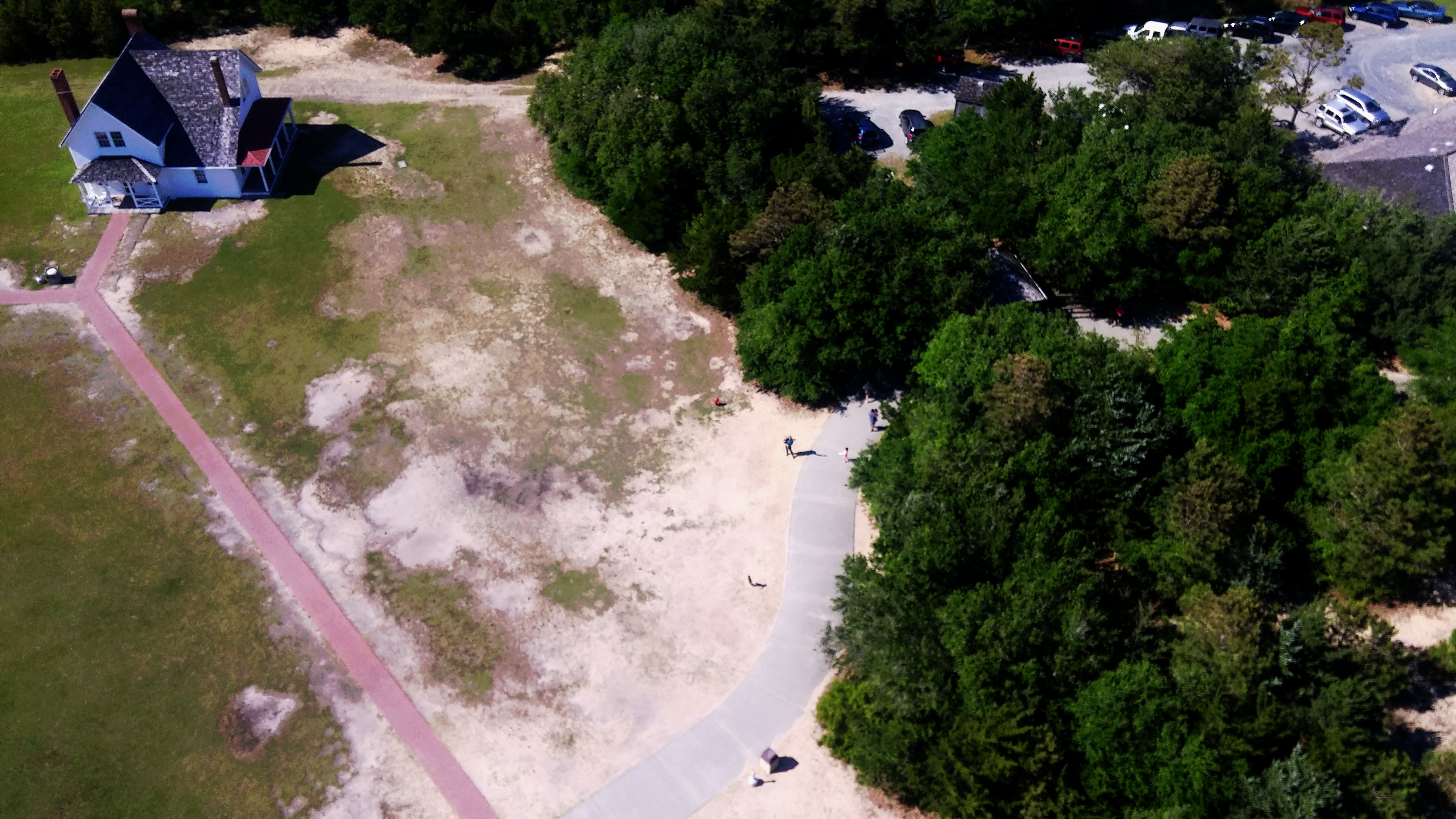 From 193 feet up and looking down, Eric is that little speck in the center (on the dirt), while Sarah holds Ira just a little to his north (she’s just off the sidewalk). 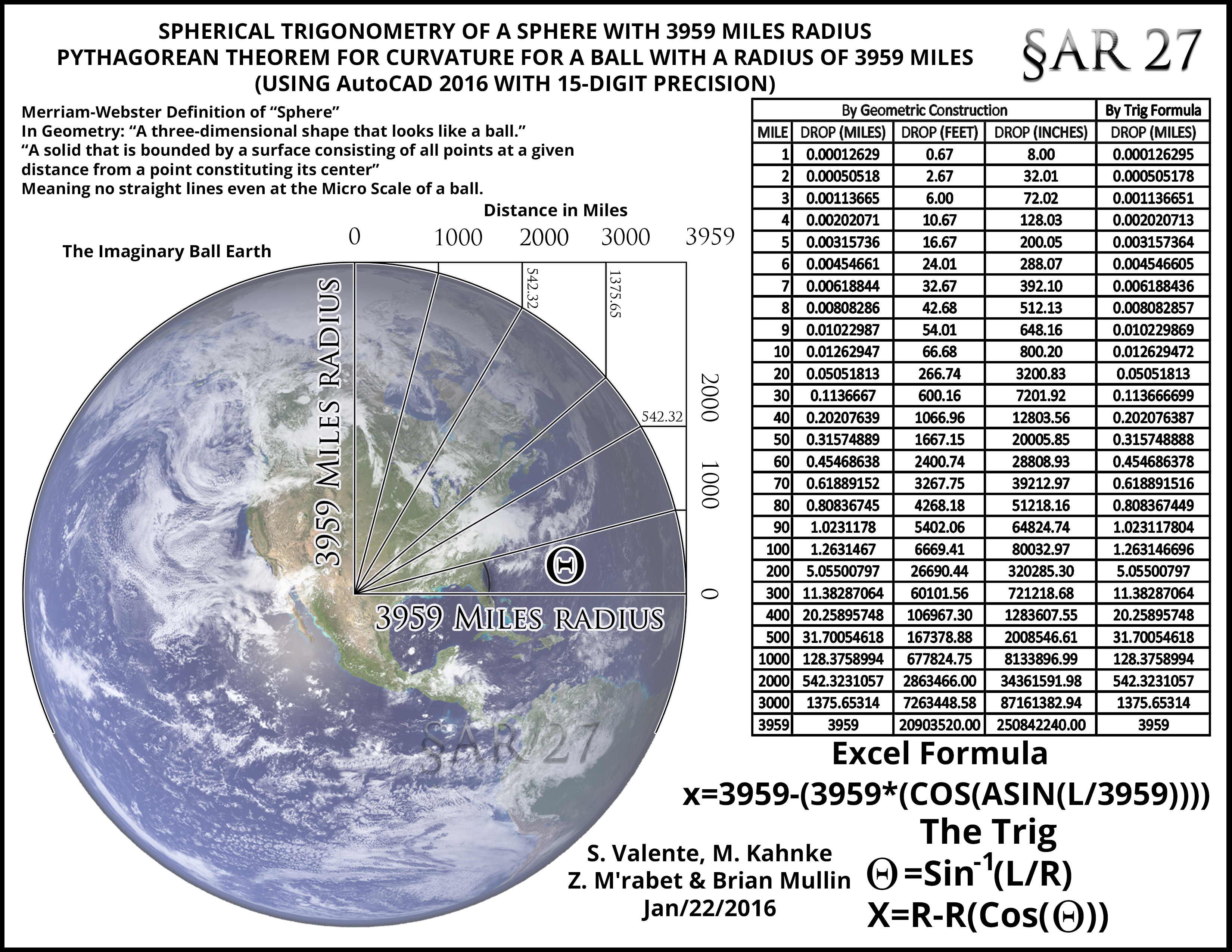 A little spherical trigonometry for your own personal research.