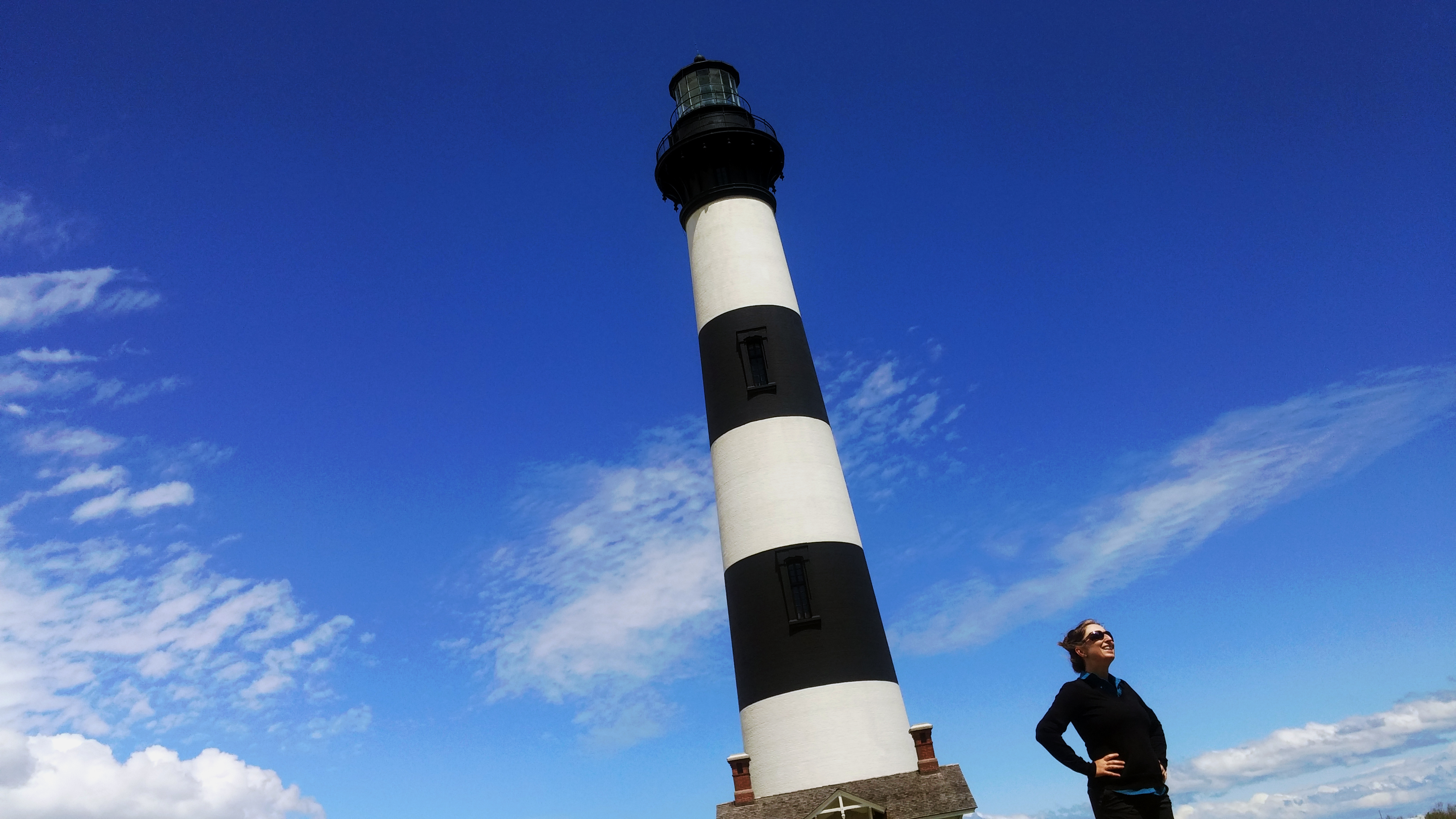 WHO DOESN’T LOVE A LIGHTHOUSE? WELL, A LOT OF MODERN artists apparently don’t. I’d know since I’ve spoken with some of them. They argue urinals and fossilized poop is more interesting to look at, but that’s a discussion for another time, because the East Coast is full of lighthouses, and we intend to visit them. Flat Earthers love lighthouses too. See, for centuries ship captains have defied establishment science by admitting to the observance of light from those night-friendly towers well beyond the curve necessary to make a globe-model work. It’s just another reason why we love lighthouses, despite their frowned-upon stance from modern artists. Also because we like climbing tall spiraling staircases, which lighthouses have a reputation for. 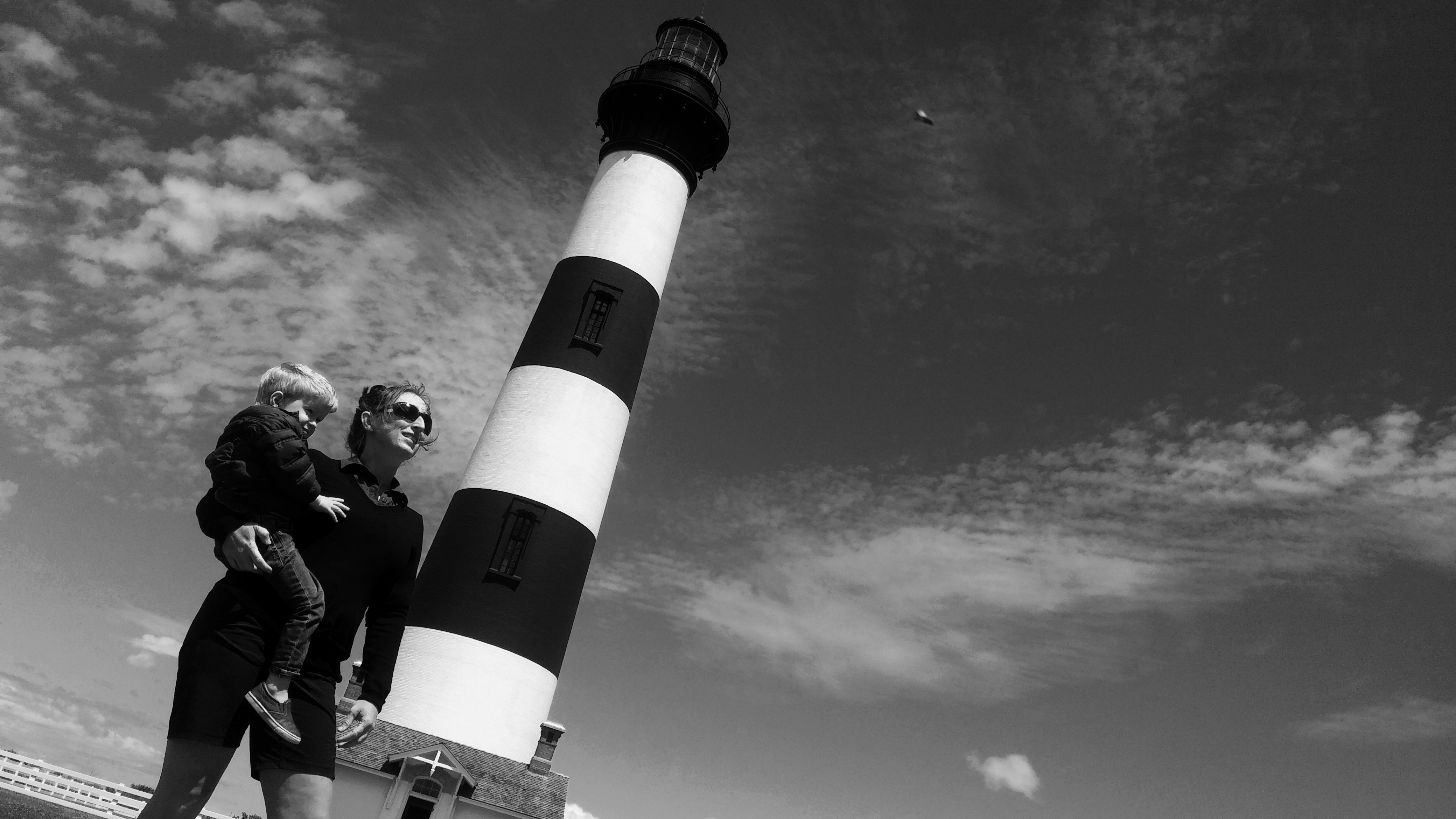 Lighthouses have apparently come and gone over the years here on the Outer Banks, and with noted frequency. The Bodie Island Lighthouse may date back to 1872, but it’s actually the third to stand in the area. The first dates to 1847, standing only 54 feet tall, and due to faulty construction was leaning within a couple of years. The second lighthouse, built in 1858 and standing 80 feet tall, was quickly destroyed by Confederate soldiers during the Civil War.

With 214 steps to the top and towering as high as 156 feet, Bodie can admittedly cast its beam of light 19 nautical miles which, when considering its height among globe estimates, still stands 9 feet under the curve of the earth. As a Flat Earther I’ll let that one slide. But I’m keeping my eye on you, Bodie.

Unfortunately, after a long sun-filled day at the Wright Brothers National Memorial and then flying kites on the East Coasts largest natural sand dunes at Jockey’s Ridge State Park, Eric and Ira were exhausted. I say unfortunate because the twins slept right through our visit to the Bodie Island Lighthouse. Well, Eric did. But we woke Ira up for a picture with his mom. We dare never wake Eric up from a nap. Shhhh. He’s our little deep sleeper.

Maranatha from the Outer Banks! 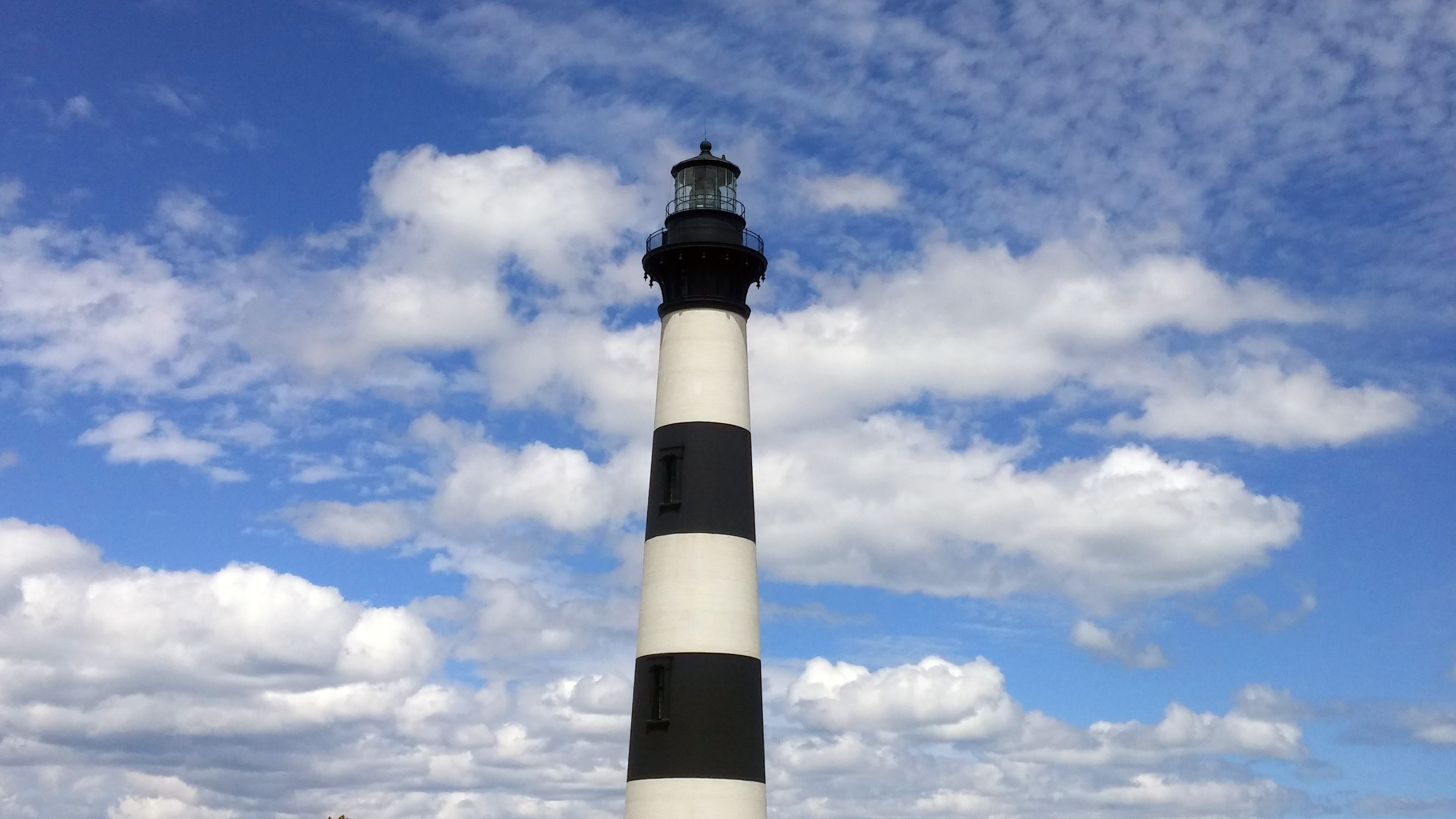 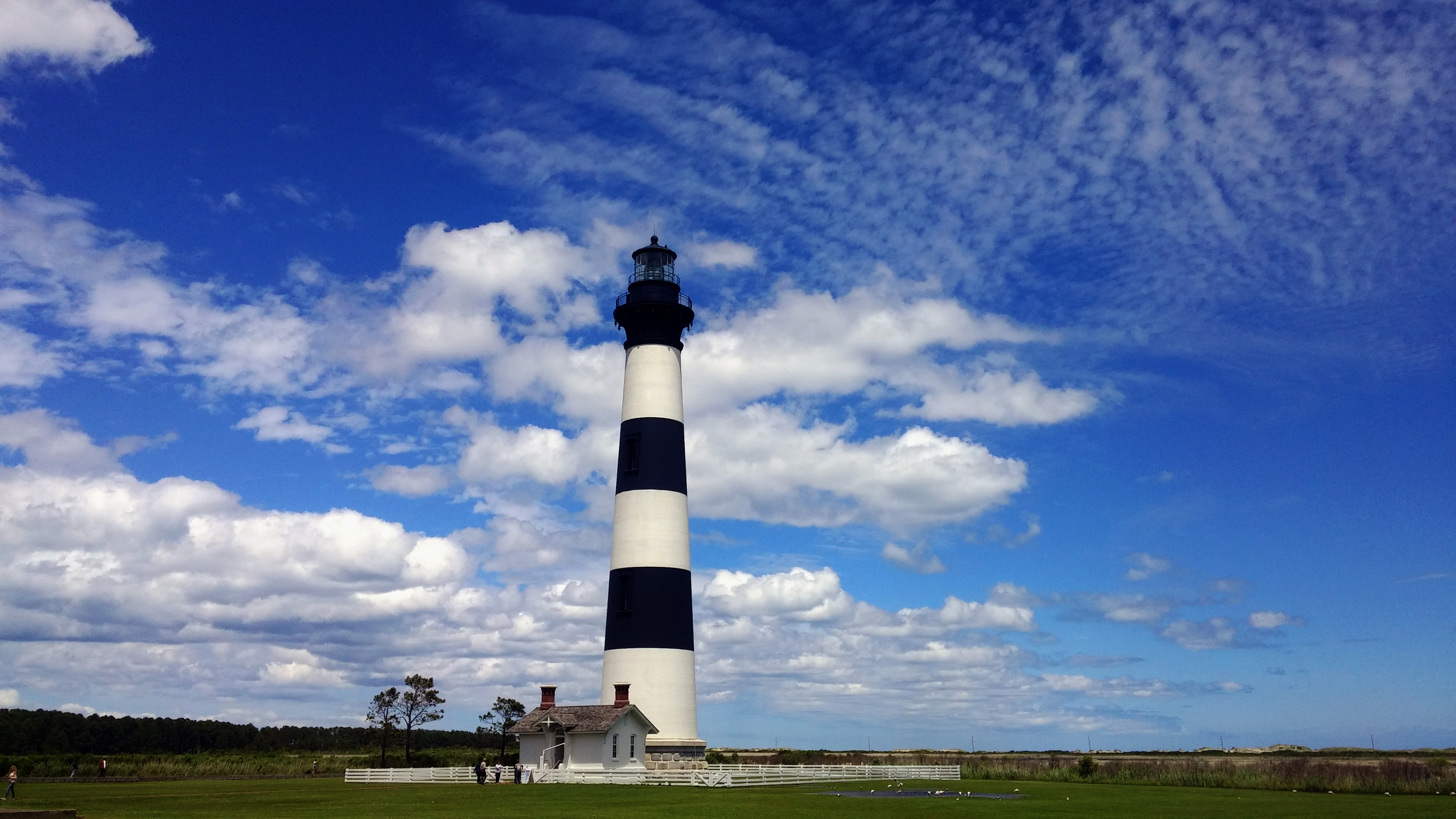 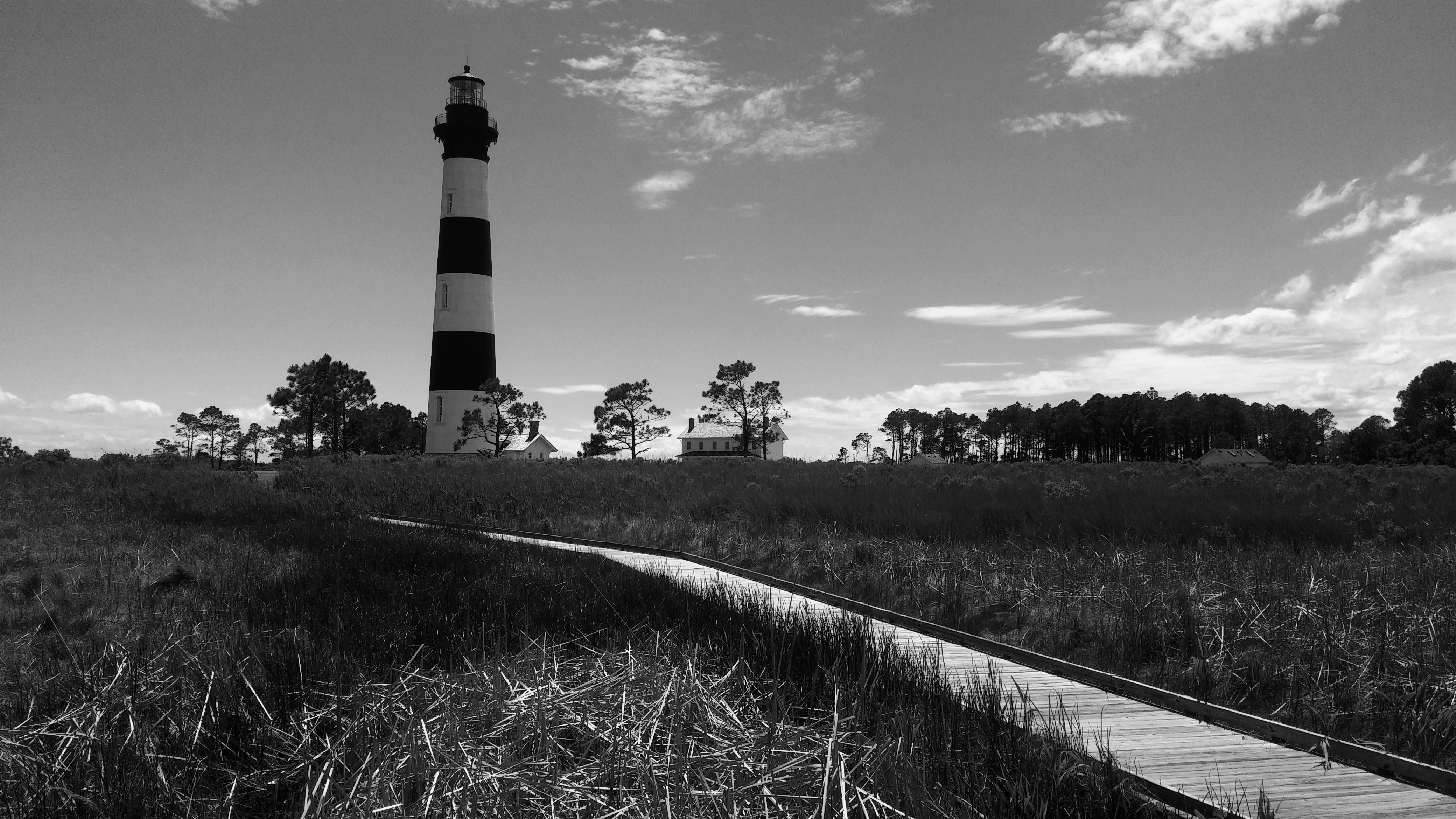