WHY WAS GEORGE H.W. BUSH STANDING IN FRONT OF THE BOOK DEPOSITORY BUILDING? 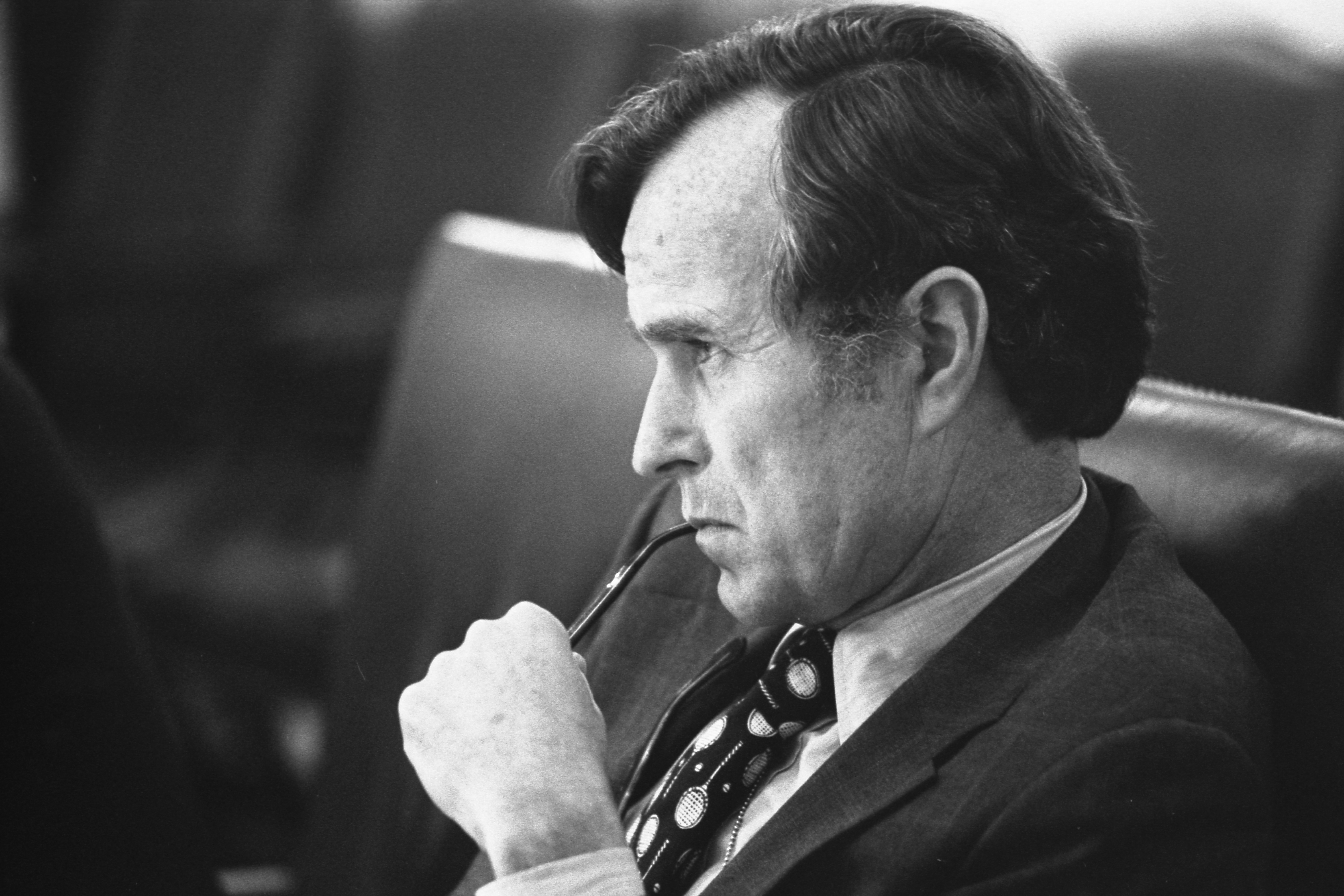 I’VE SPOKEN ABOUT MY YEAR OF SECLUSION in recent entries. It was a time of intense study and research. Day and night I reached into the cracks and crevices of the World Wide Web as the Lord led, matching each new discovery with the Bible. He had a great many things to show. Slowly the Spirit began to break down the bricks and mortar that made up my cognitive dissonance; peel back the layers of scales that had muddied my eyesight over an entire lifetime of media and educational indoctrination. It was a process, as Edgar Allan Poe once noted, of waking up from a dream within a dream. What I came to learn at the end of it was this: Satan is literally the prince of the power of the air in more ways than I ever thought imaginable.

That crafty old devil had not only hustled me into believing one lie, but an entire house of them. And I was living in it.

“And you were dead in your trespasses and sins, in which you formerly walked according to the course of this world, according to the prince of the power of the air, of the spirit that is now working in the sons of disobedience.” Ephesians 2:1-2 (NASB)

There’s a lot that I want to talk about in future writings, things the Lord has specifically shown me, – topics that He’s asked me to share. And if my entries are short, it’s because time is short.

Just let this sink in for a moment. The man who became President, son of a US Senator who made a fortune with the financial backers of Nazi Germany, recruited straight out of Yale’s Skull & Bones into the CIA, was by no coincidence standing at the entrance of the Book Depository Building on the day of JFK’s assassination. Such a coincidence simply isn’t possible. The prince of the power of the air is how this all ties together. When Truthers tell you there are no elections, only selections, this is what we’re talking about. Our current President is not an exception, nor would the other candidate, had she been selected. This world is a wicked place, my friends. In The Pilgrim’s Progress, Paul Bunyan referred to it as the City of Destruction. It’s being run by its master. Everything is planned in advance.

And what I’m about to show you is only the tip of the iceberg.