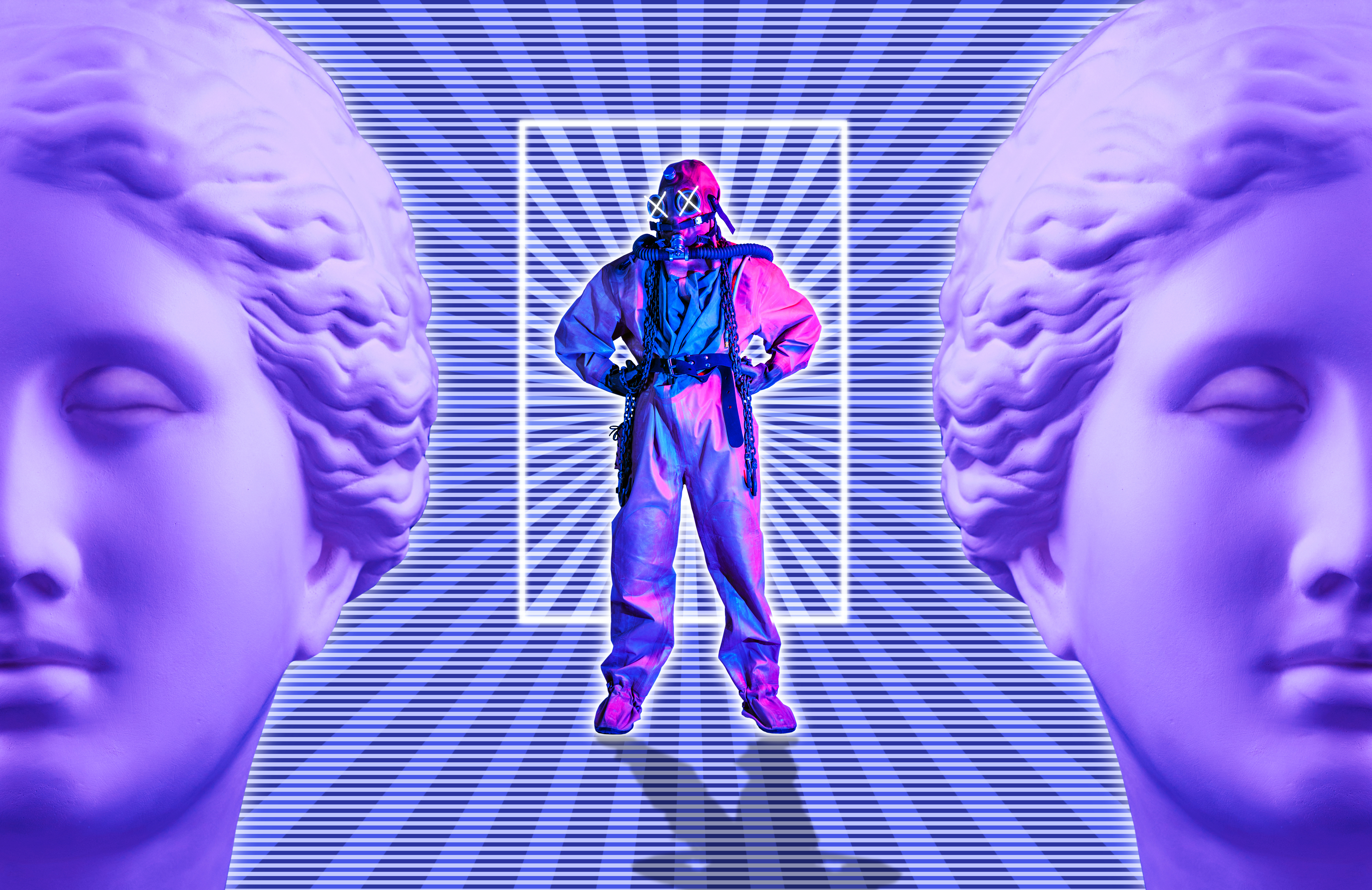 WE DO NOT KNOW precisely when Yehudah, the second documented brother of Yahshua Messiah, contributed his own rebuttal against the ministry of Sha’ul. Knowing what we do of Sha’ul’s contempt for the Yerushalayim group, and the Christians of Antioch who arose as ministry fruit, it is difficult to read his letter in any other light. Perhaps this is simply in response to Galatiyim. Or perhaps we are gazing into a narrow window of time, after Sha’ul was reported dead in Rome (according to church tradition), and while the Temple still stood. We simply do not know.

Whatever ultimately prompted Yehudah to take up the pen—this we are told. It was written in haste, and done so out of necessity. Clearly, a great and terrible delusion was already underfoot. Kepha and Yohanan mutually agreed. A wizard was at work. His seduction was evident. Lawlessness. You would think, if twisting Sha’ul’s letters were merely the issue, that Sha’ul himself would cry to his congregation: “Stop twisting my letters and do what Mosheh instructed!”

And yet, the wizard does no such thing.

Many were seeking their eternal rewards, and rather than following the narrow path—

They chose the way of Balaam. 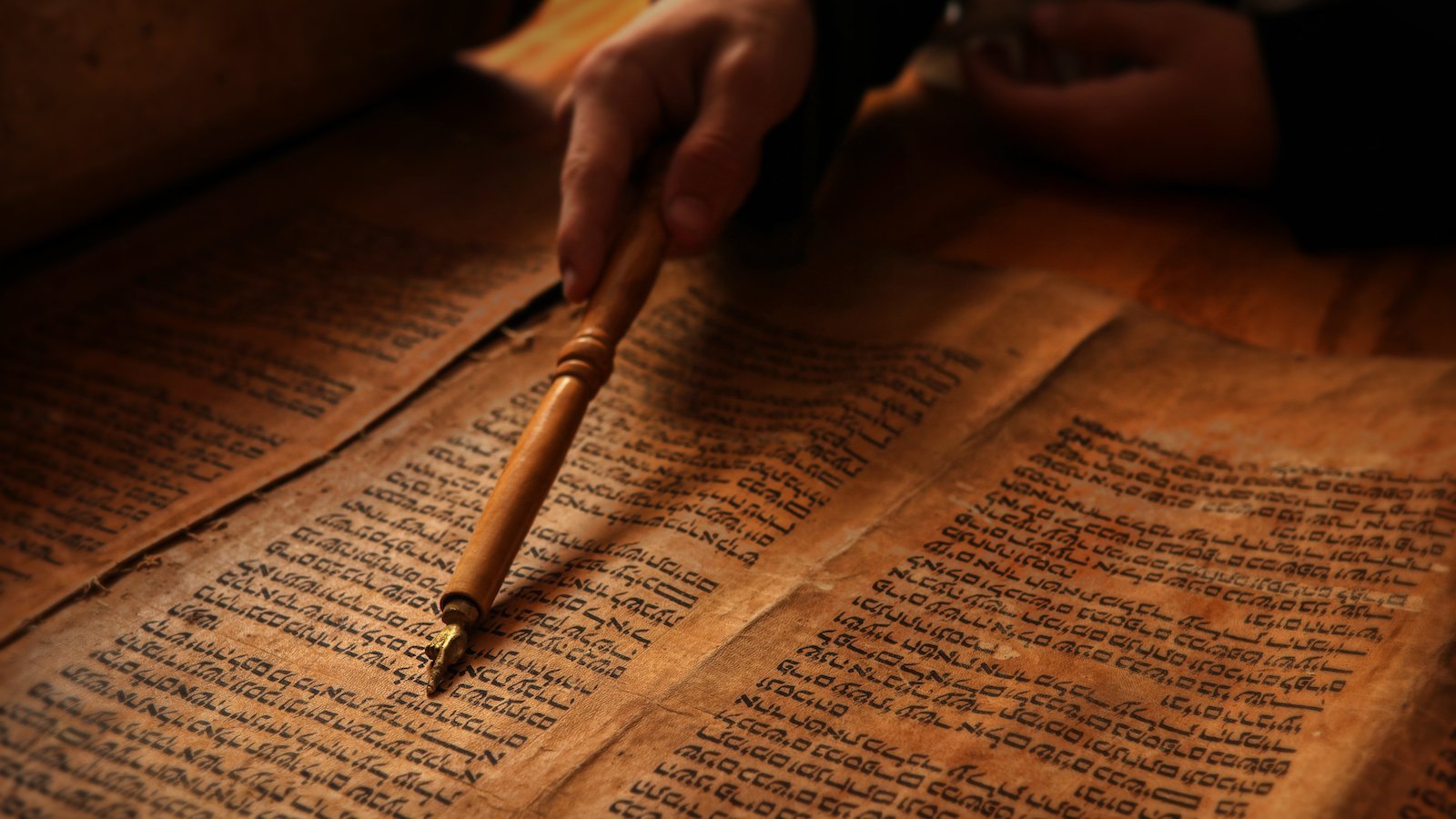 1 Yehuḏah, a servant of יהושע Messiah, and brother of Ya‛aqoḇ, to those who are called, set-apart by Elohim the Father, and preserved in יהושע Messiah:

2 Compassion, and peace, and love be increased to you.

3 Beloved ones, making all haste to write to you concerning our common deliverance, I felt the necessity to write to you urging you to earnestly contend for the belief which was once for all delivered to the set-apart ones.

That man was Sha’ul.

It is in the third heaven where he “heard things that cannot be told; which man may not utter.” We are not told who forbade him to pronounce his experiences. It is strange however when one also considers that Sha’ul admitted he likewise received the gospel he preached, not from the Apostles, but by special revelation (Galatians 1:11-12). Sha’ul has all the familiar markings of a charismatic con man.

Yehudah therefore opens his letter by encouraging his audience to contend for the belief which “was once for all delivered” to the set-apart ones. There is absolutely no reference here to the corrections needed by Sha’ul. Sha’ul tThe saving knowledge is noted in Revelation 14:12. “Here is the patience of the saints: here are they that keep the commandments of Elohim, and the faith of Yahshua.” There is no further knowledge needed.

None—apart from Yahshua, that is.

4 For certain men have slipped in, whose judgment was written about long ago, wicked ones perverting the favor of our Elohim for indecency, and denying the only Master יהוה and our Master יהושע Messiah.

“CERTAIN MEN HAVE slipped in.” Balaam.

By this Yehudah likely wishes to turn our eyes to Debarim 13 (Deuteronomy) and recognize a false prophet whenever he should arrive within our ranks.

1 If a prophet or a dreamer of dreams arises among you and gives you a sign or a wonder,

2 and the sign or the wonder comes true, concerning which he spoke to you, saying, ‘Let us go after other elohim (whom you have not known) and let us serve them,’

4 You shall follow Yahuah your Elohim and fear Him; and you shall keep His commandments, listen to His voice, serve Him, and cling to Him.

5 But I intend to remind you, though you once knew this, that יהוה, having saved a people out of the land of Mitsrayim, afterward destroyed those who did not believe.

YAHUAH, THE MOST-HIGH Elohim, spoke to Mosheh “face to face, clearly, and not in dark speeches (Numbers 12:8).” Regardless, Nadab and Abihu chose strange fire (Leviticus 10) and Korah rebellion (Numbers 16).

6 And the messengers who did not keep their own principality, but left their own dwelling, He has kept in everlasting shackles under darkness for the judgment of the great day.

7 Even as Seḏom and Amorah and the cities around them in a similar way to these, having given themselves over to whoring and gone after strange flesh, are set forth as an example, undergoing judicial punishment of everlasting fire.

HERE WE FIND the sins of the Watchers. Divine beings forsaking Torah in order to take on human wives. The Book of Enoch. Likewise, according to Jasher, the sins of Sodom and Gomorrah involved men swapping wives and daughters. Yehudah may in fact be directing his audience to the reports of sexual immorality within Sha’ul’s own congregations. Sha’ul himself wrote: “It is commonly reported that there is whoring among you, and such whoring as is not even named among the nations, as as one to have his father’s wife! (1 Corinthians 5:1)”

Again, the sorcery of Balaam.

8 In the same way, indeed, these dreamers defile the flesh, and reject authority, and speak evil of esteemed ones.

TO THESE EFFECTS, Sha’ul wrote: “This boasting will do no good, but I must go on. I will reluctantly tell about visions and revelations from the Lord (2 Corinthians 12:1).”

He boasts and he boasts of his visions.

The defiling of flesh spoken of here once more beckons Balaam and the fact that the grand wizard was fully capable of leading Israel into the abominable sin of food sacrificed to idols. Sha’ul’s fruit.

Likewise, Sha’ul rejected the gospels and the authority of the Apostles in Galatiym, as we have already seen, and spoke evil of them—particularly Kepha.

9 But Miḵa’ĕl the chief messenger, in contending with the devil, when he disputed about the body of Mosheh, presumed not to bring against him a blasphemous accusation, but said, “יהוה rebuke you!”

IN HIS LETTER to the Galatiyim, Sha’ul not only cursed the Yerushalayim group, but angels from heaven—should they preach a different Good News than his own. Though Ya’aqob has already addressed this issue, Yehudah gives it a unique spin by quoting from The Assumption of Mosheh.

After Kepha scooted his chair out in judgement at Antioch, Sha’ul and his followers spoke as unreasoning beasts. Sha’ul wrote, for example: “But from those who were esteemed to be whatever – what they were, it makes no difference to me, Elohim shows no partiality – for those who were esteemed contributed naught to me (Galatiyim 2:6).” Rather than quoting from Yahshuah, as the Apostles did, Sha’ul made a habit of quoting pagan Greek philosophers in order to form his doctrine, sell Torah, and ultimately win his audience. Namely, Plato.

11 Woe to them! Because they have gone in the way of Qayin, and gave themselves to the delusion of Bil‛am for a reward, and perished in the rebellion of Qoraḥ.

12 These are rocky reefs in your love feasts, feasting with you, feeding themselves without fear, waterless clouds borne about by the winds, late autumn trees without fruit, twice dead, pulled up by the roots,

Yehudah is making an interesting connection between the murderer Qayin—including the cities and geneology of Qayin—with the lineage of his younger brother Sheth. The murderer Sha’ul made a strange confession in 2 Corinthians 11:8. He wrote: “I robbed other churches by accepting support from them in order to serve you.” Even more disturbing is Sha’ul’s insistence to not quote from Yahshua. But when he does, he lies.

Sha’ul wrote: “In the same way, the Lord has commanded that those who preach the gospel should receive their living from the gospel (1 Cor 9:14).”

Rather strange, since Yahshua told his apostles the complete opposite. “Without cost you have received; without cost you are to give (Matthew 10:8).” Unlike Sha’ul’s Christian religion, Yahshua fell into agreement with the Prophet.

“Her heads judge for a bribe,

her priests teach for pay,

and her prophets divine for a price.

Yet they lean on יהוה, and say,

“Is not יהוה in our midst?

Evil does not come upon us.”

13 wild waves of the sea foaming up their own shame, straying stars for whom blackness of darkness is kept forever.

14 And Ḥanoḵ, the seventh from Aḏam, also prophesied of these, saying, “See, יהוה comes with His myriads of set-apart ones,

15 to execute judgment on all, to punish all who are wicked among them concerning all their wicked works which they have committed in a wicked way, and concerning all the harsh words which wicked sinners have spoken against Him.”

16 These are grumblers, complainers, who walk according to their own lusts, and their mouth speaks proudly, admiring faces of others for the sake of gain.

To the Pilipiyim he wrote:

“If anyone else thinks he may have confidence in the flesh, I more so: circumcised the eighth day, of the stock of Yisra’el, of the tribe of Benyamin, a Hebrew of the Hebrews; according to the Torah, a Pharisee; concerning zeal, persecuting the assembly; concerning the righteousness which is in the law, blameless.”

Likewise, to the Qoeintiyim he wrote:

23 Are they servants of Messiah? – I speak as beside myself – I am more, in labours much more, in stripes above measure, in prisons more frequently, in deaths many times.

24 Five times I received from the Yehuḏim forty stripes less one.

28 besides the matters from outside, what comes upon me daily: the anxiety for all the assemblies.

29 Who is weak, and I am not weak? Who is made to stumble, and I do not burn inwardly?

17 But you, beloved ones, remember the words spoken before by the emissaries of our Master יהושע Messiah,

THIS IS IT. Kepha. Ya’aqob. Yohanan. The Yerushalayim group versus Sha’ul. The true Apostles and brothers of Yahshua quoted from Messiah—and warned.

18 because they told you that there would be mockers in the last time who would walk according to their own wicked lusts.

THE THIRTEENTH APOSTLE scoffed. And he scoffed. For cheap laughs, and with the Apostles as a punch line, he scoffed.

“O, that those who disturb you would even emasculate themselves!”

19 These are the ones who cause divisions, not having the Spirit.

NO MERE CONJECTURE would ever likely lend the sort of imagination necessary to understand precisely how Sha’ul’s doctrines would sever and ultimately fracture the sheepfold into thousands of denominations—Protestant and Charismatic alike.

20 But you, beloved ones, building yourselves up on your most set-apart belief, praying in the Set-apart Spirit,

TONGUE-SPEAK is a dead language.

21 keep yourselves in the love of Elohim, looking for the compassion of our Master יהושע Messiah unto everlasting life.

22 And show compassion toward some who are doubting,

23 but others save with fear, snatching them out of the fire, hating, even the garment defiled by the flesh.

YEHUDAH BECKONS us to the words of Yahshua Messiah, who likewise warned of the ravenous wolf of Benjamin prophecy. Namely, Sha’ul.

The Gospel of Matthew records:

24 And to Him who is able to keep you from stumbling, and to present you blameless before the presence of His esteem with exceeding joy,

25 to the only wise Elohim, our Savior, be esteem and greatness and might and authority, both now and forever. Amĕn.

DO NOT, and I repeat, do not imitate Sha’ul as he imitated Christ. Just say no.