The Irrational Behavior of Women

This is for the ladies.

Well, I won’t be offended if men stick around. I’ve sometimes heard that the same issues may or may not concern them too. If you’re here strictly out of curiosity as to why I chose to call this, quote-unquote “irrational women’s behavior,” then at the very least you might learn something.

Men, are you still here? Fine by me. Not too long ago, I saw that meme on Facebook. I’ll describe it, and you’ll get the point right away. It was this very ugly, female… monster? You know, some ugly, instantaneous, horrible looking something.  The text says, “How I feel standing next to other girls.”

Also, I’ll add a picture of the meme just to get my point across.

I have been dealing with this very image for many years of my life, but I’m only now beginning to understand the true nature of a universal language. It’s not just me. This is something that probably every woman in our western society must stare at in the mirror from time to time. It’s the monster first born in our teenage years.

Why should we even fight it? It’s only concerning ourselves – and how we see ourselves is not really that important. Or is it? It is. It is crucial, and I hope I’ll be able to show you why, at least parts of it. But before I do this, I’ll try to expose this mechanism a little further, so we all know what we are talking about.

Remember when you were young, around the age that people call puberty? And somehow everybody else was cool, pretty, self confident, popular? And you always felt clumsy, ugly, stupid, shy, insufficient next to them? If only you were just as cool as them. And they might have been beautiful and whatever, I don’t know. But here’s the thing. Chances are very high that those pretty, cool, popular, smart, self-confident, cute, elegant, whatever… girls around you felt the exact same way. Why – they didn’t have reason to, we usually think. Let me tell you a secret. This… mindset… spirit… thinking… is not connected to reality. It is only, and solely, based on personal perception. Really, it doesn’t matter how you look or don’t look, and how everybody around you looks. It is totally irrelevant. It is only perception. It is only in our own brain. I’ve been talking to many women over the last so many years, and every single one of them identified with this phenomena that I’m trying to describe. I don’t know how they looked in their teens, but I’m sure they weren’t all ugly.

You can be a top model. But you know what? There will be another top model with a prettier nose, shinier hair, whiter teeth. There will always be somebody better at something than you. Smarter, funnier, cuter, more popular, more elegant, more whatever. And there will always be somebody worse at something than you. But the thing is, it really doesn’t matter. It really doesn’t matter how good or bad somebody else is at something. We are responsible for what we do.

And here we have already hit the essence of the matter. Comparison. Comparison is a breeding ground for sin. If you compare yourself with somebody, then chances are high that you’re gonna be worse at something than the other person. It’s normal. It’s okay. It doesn’t matter. But then jealousy and covetousness comes creeping in. And pride. Pride? Yes. If you feel below other people when you compare yourself to them, then what will make you feel better? Raising yourself up above the other people. Can you see already how easily this mindset brings forth sin? And there’s more.

This lack of self-worth creates all kind of problems in a relationship—a marriage. If a woman feels inferior to other women—and most of us do in one way or the other—it can bring forth that crazy jealousy. You know, those moments when a woman loses it over her husband smiling at the waitress? It can bring forth distrust. Because if you don’t feel worthy, or good enough, are you going to believe your husband that he does? I’ve seen gorgeous, really gorgeous women being unable to trust their husbands when they say they are beautiful. If a woman is not aware of her worth, very likely she will expect to gain this feeling of worth through her husband. But a husband, and may it be the best man in the world, he is still only this, a man. He will not always behave perfectly. He will not always speak the words the wife wants to hear. He may not understand why his wife is getting so hurt if he tells her that he doesn’t like her new shirt. (Stupid example, I know. Can’t think of a better one right now). Or why his wife gets angry if he had a good time with a woman he knows since his childhood. If a woman does not trust herself, it will be very difficult for her to trust her husband. And this will produce strife in the relationship.

By the way, at this point I should maybe add, that of course there are more reasons to possible problems in a marriage. I’m just mentioning those that are connected to the topic at hand. So please don’t feel offended or blamed, okay? And I’m also aware that there are men who sow this competition, between their wife and everybody else, on purpose. I’m well aware of those who want to make their wife feel like she doesn’t have worth, and if this is the case for you, then I’m really very sorry. There’s not much that you can do about it, other than to understand the mechanism behind it, and be so secure, and so well grounded in what you know you are worth in the Most High, that you know exactly if his down-talk is justified or not. And then you’ll know when it should touch you—or not. That was just a side note, it’s probably worth a whole article in itself, but let’s continue with the “normal” problems.

I personally believe in polygyny as a legal and acceptable form of marriage. I believe that Scripture approves of it.

I know. I know. I can already hear the murmuring. “I’ve been with her until now. Did she have to mention this?”

Yes, I do have to mention this, because I’m trying to make a point. The point is, the most common phrase from women in regards to polygyny is, “I couldn’t do it”. And the way I understand it, it goes back to this. The fear of not being good enough. Not as good as the other one. Inferior. Less loved. Less accepted. Less whatever. And the thing is, it really doesn’t matter if it’s a polygynious marriage or not. Because the insecurity, the lack of feeling of worth, it’s gonna be the same. Doesn’t matter if there is a real woman next to you, or the “possible danger” of any other woman that crosses your husband’s path. And in reality it isn’t even connected to the other woman, nor to your husband. It’s always only about ourselves. Well, as long as the other people involved are correct. Let’s just say they are, because we can’t change them anyway.

Let me ask you this. This is assuming of course that you are a believer in the Elohim of Abraham, Isaac, and Jacob. Do you think your personal walk with the Most High is dependent upon or influenced by anybody else’s walk with the Most High? Do you think you will be less favorable, less accepted, less loved, if somebody else is also accepted and loved? Do you see any evidence in the Scripture that the Most High is denying people because somebody else is better? If so, please let me know. Because if it is like that, I’m totally not aware. I believe that our actions stand for themselves. Meaning, either I’m righteous, or I’m not. Either I’m found worthy, or I’m not. It doesn’t matter how righteous or unrighteous everybody around me is. I’m not judged compared to their actions. I’m judged based on my actions, with a perfect, unbiased judgment, based on absolute Truth, found in Torah.

We are all brethren. We are supposed to love our neighbor as ourselves. Well, we are even supposed to love the brethren as Messiah loved us. How is that supposed to work if we constantly rank ourselves, making ourselves or the others around us inferior or superior?

I’ve traveled quite a bit with my thoughts, something I’m prone to do—let me get back to the original topic—not feeling as good as the other one, typically, not as pretty or beautiful.

If you are reading this article, chances are that you are aware—I don’t like the word awake—of plenty of things. You might know that the governments are trying to manipulate and to fool us. You probably know the earth is flat. You hopefully believe in the Creator and His Son. You’ve probably noticed that society is messed up. But this… thing… still gets to so many of us, and influences so many of us. And the worst part about it is, we aren’t even aware.

It messes up whole generations of young girls. It influences relationships. It produces vanity, like exaggerated strife for superficial achievements and status symbols. It invites in sin, like the sins we’ve mentioned, and even sins like promiscuity. I will not go into that, but women who’ve grown up in the world very likely know what I’m talking about. Yet we, the people who try to be critical with so many things, allow society to have such a gigantic influence in our very personal feelings. That’s not right. And I believe this is on purpose. From a very young age girls are told to believe that it’s all about beauty (nothing wrong with beauty), and forced to compare themselves to those crazy unrealistic role models. And then we wonder if young girls and women cannot be satisfied with themselves.

I’m 34 years old now, and I’ve been familiar with this kind of mindset since my early teens. Over twenty years now. And I’m not putting up with this any more. I’m not. I’m through. I can’t say that I’ve won the fight against this… mindset. But I know it well enough to recognize when it comes creeping in and to leave well enough alone. Stop feeding the trolls of your own imagination. They’re of societies design.

Now, this article is not your typical pep talk. I don’t even believe in pep talk. I believe in doing the best we can every day, walking humbly before our Creator, according to what He has commanded us. I’m not saying you should love yourself the way you are. You probably shouldn’t, because very likely you aren’t perfect. We are all supposed to be perfect before our Creator. We have to strife for perfection, in every aspect of our life. But perfect doesn’t come through comparison with others. It is a personal task for every individual. And the best medicine about that… thing… is to do the best you can, with what you have been given, and to know that you are doing your best. Then it doesn’t matter any more how the other woman looks, because she’s been given a totally different basis to work with.

We are all different. And actually, I think that’s beautiful.

And because we are so different, there’s really not much point in comparing myself with your image and vice versa.

You do the best you can do, for the glory of the One who made you. 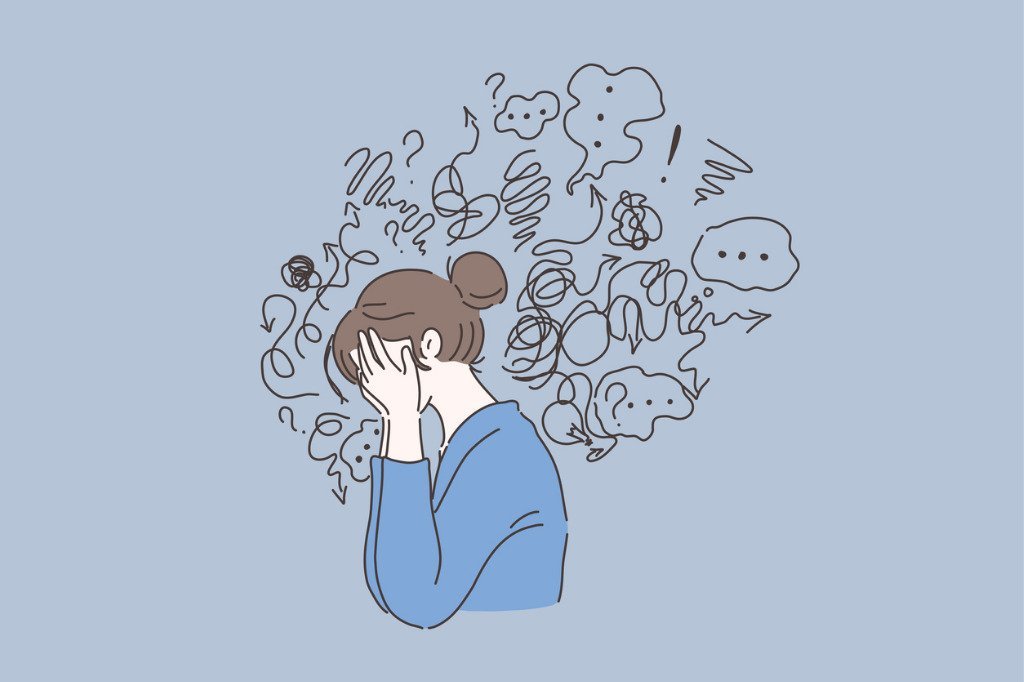