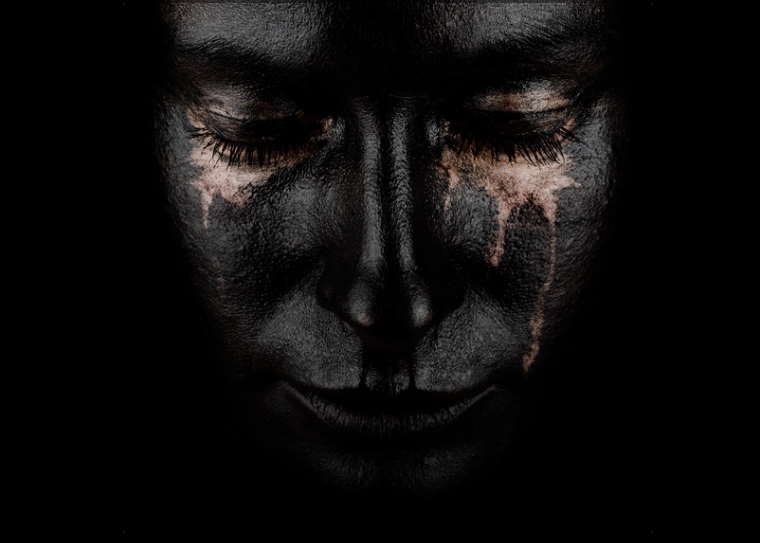 CHARLES SPURGEON DESERVES TO GO TO HELL. He earned his place there, and so have you. It is a well-known yet little accepted fact that we all have earned it. The Bible couldn’t make this any clearer. For the wages of sin is death. Sayeth Spurgeon, the Prince of Preachers: “I feel that if God should smite me now, without hope or offer of mercy, to the lowest hell, I should only have what I justly deserve; and I feel that if I be not punished for my sins, or if there be not some plan found by which my sin can be punished in another, I cannot understand how God can be just at all: how shall he be Judge of all the earth, if he suffer offenses to go unpunished?”

Believe me when I say, the wages of sin is death. Let that sink in. It is a rightful judgement. And yet, despite this sobering fact, Hell is the most hated truth. Hated! Any why? Because: “Man loves his own ruin. The cup is so sweet that though he knows it will poison him, yet he must drink it. And the harlot is so fair, that though he understands that her ways lead down to hell, yet like a bullock he follows to the slaughter till the dart goes through his liver. Man is fascinated and bewitched by sin.” If you should become so compassionate, so loving, as to face a reprisal of hatred and mockery among your friends and family, then go and boldly warn them. To quote Spurgeon: “If sinners be damned, at least let them leap to Hell over our bodies. If they will perish, let them perish with our arms about their knees. Let no one go there unwarned and unprayed for.”

It’s somewhat ironic that I reluctantly find myself now in the “Truther Movement,” perhaps out of shared interests. See, the “truther” wants you to know about the fluoride in the water, the poison in government sanctioned vaccines, chem-trailing, the fake Apollo moon landings, and how 9-11 was an inside job, among a smorgasbord of other possible positions. Everything mentioned here, at least, I agree with. The Biblical revelation of Flat Earth, where I cast my seed of convictions, sums them all up perfectly well with this message: The governments of our world, those who are willingly ruling over the bold-faced lie of a “globe,” aka Satan’s kingdom of darkness, rather than God’s true created order—are illegitimate as Satan himself. Never-the-less, it is almost laughable how the “truther” advertises he has the inside scoop on the greater reality, should Hell evade his convictions. He believes he is a shareholder in the act of being “woken,” and will even boast of it, despite his refusal to wake into a saving grace which only the Lord can freely bestow upon him.

The “truther movement” is just as hypocritical as any other finger-pointers in this world. Its advocates seek to cast blame with our governing overlords—the satanic elite which blind and enslave us to their Ponzi schemes. Some will say it’s the Jesuits, others the Zionist Jews; the bankers; the Masons; Washington, London, and Rome; with any other number of secret circles thrown in. And let us not overlook the fallen angels. To these truths I agree. That they are, each and every one of them, up to no good, is an obvious conclusion to make. But my compliance will most certainly fall short if the man on his soap box fails at comings to terms with the deeper philosophical implications. He is taking intellectual jabs at an enemy from a cesspool of his own wretchedness. He is demanding that we “wake-up” to each of his selectively self-appointed truths, as if the works-based act of “waking up” can save us. If our rulers and authorities are evil it’s only because we as a human race are evil. It’s another obvious conclusion to make. That we are, each and every one of us, infected with the same disease as the satanic elite is self-evident. Should we not change our course of action, we will most assuredly burn in Hell right alongside of them. We will even burn with Satan. Conclusively, the true saving act of waking up, which can only happen through the Holy Spirit, serves no other purpose but to expose our own part in it—the damnable lie which we once took a feverish delight in. Said Spurgeon:

“The sermon which does not lead to Christ, or of which Jesus Christ is not the top and the bottom is a sort of sermon that will make the devils in hell laugh, but make the angels of God weep.”

And besides, the Apostle Paul already warned us of humanities greatest threat when he wrote, “The acts of the flesh are obvious: sexual immorality, impurity and debauchery; idolatry and witchcraft; hatred, discord, jealousy, fits of rage, selfish ambition, dissension, factions and envy; drunkenness, orgies, and the like. I warn you, as I did before, that those who live like this will not inherit the kingdom of God (Galatians 5: 19-21).” In his letter to the Galatians, Paul is describing the kingdom of darkness, but unlike the men and women whom Satan elects as its caretakers; the citizens of globe Earth are also of Paul’s concern. Paul is describing us.

Hell, which I implore you to fearfully consider, is non-other than Satan’s kingdom of darkness reaching its logical end. It is a sad state of affairs that men prefer darkness rather than light. But this is what the Bible claims. To this Spurgeon said: “Men turn their faces to hell, and hope to get to heaven; why don’t they walk into the horse pond, and hope to be dry?” Hell is not a place where people end up lost. It is the logical end of lost-ness. The man who is without Christ, right this very moment, is lost. He is asleep—dead to his sins. For him, it’s already over. The judgement is clear and its sentence certain. All he may hope to do—should he in his rebellion not repent of his lost-ness and turn to the Savior, is try to enjoy what miniscule time is appointed to him before his execution is carried out. To this Spurgeon said: “You are hanging over the mouth of hell by a single thread, and that thread is breaking. Only a gasp for breath, only a stopping of the heart for a single moment, and you will be in an eternal world, without God, without hope, without forgiveness. Oh, can you face it?”

No-no-no! Tell that self-enlightened “truther” about Hell and he will very likely call you a fool for believing in it. To the sin-lover, he who prefers the darkened enlightenment of his own humanist mind over the illuminating light of God, his logical-end can only be a fairy-tale. But even the “truthers” we must forewarn. So let’s get to it.

The greatest “truth,” and mankind’s greatest threat, is Hell.