THE END OF DAYS & THE HIBERNATING CHURCH 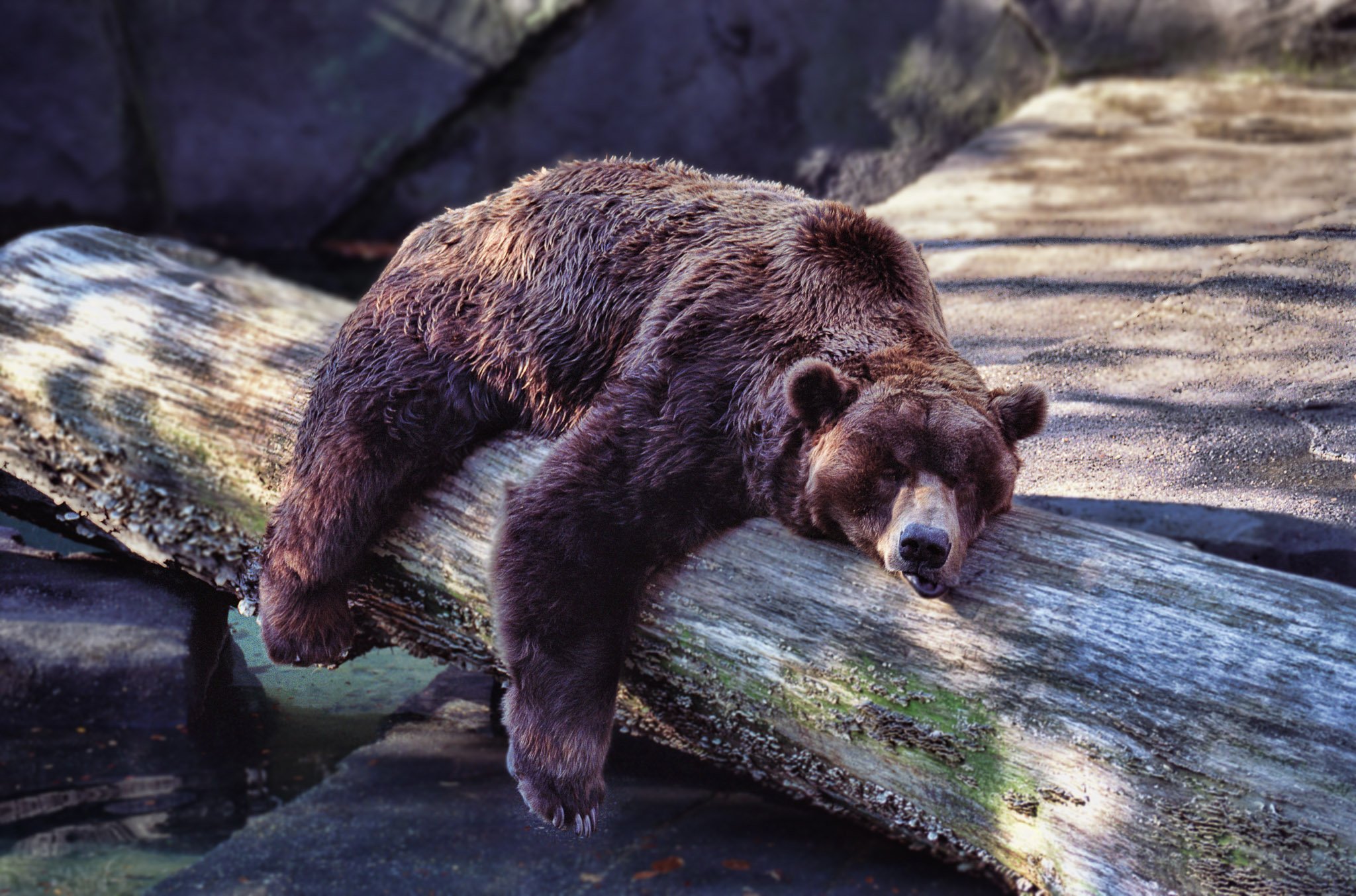 MY DAD ONCE TOLD ME YEARS AGO that in the days leading up to Christ’s return, churches would become dismissive, even hostile towards the very notion that He was soon returning. I was a little boy at the time, and to this day I don’t know if he believed that to be true himself or if he was simply quoting someone else, but it stuck.

I’m only thirty-six years young, but in the preceding ten to fifteen of those years, specifically the last decade, I’ve come to observe a stunning paradigm shift in the church. Gone are the excitable dinner conversations and Bible studies regarding the LORD’s coming that so many Watchmen fondly remember growing up with. Maybe it was just a passing baby-boomer thing, 1988 and the impending collapse of the Soviet Union and all that. But Millennials simply hate end-times talk. You know…negative energy.

“Noel, Nanny Government is good for you and their technology would never work against us, so shut up already about their autistic-causing injections and the poisonous chem-trails they’re spraying us with, and stop guilting my conscious concerning the government’s plan for a mandatory implantation of the RF chip in all newborns and humans over the next several years, because even though they openly admit to it they only want to keep us safer from the extremists!”

Shhhh, believers in the Biblical End of Days have become “Conspiracy Theorists.”

It really is with great sadness as I write this that I can rarely find a church companion of any generation who’s willing to have a discussion surrounding the many Biblical passages that accentuates with bells and whistles the Lord’s soon coming. Please don’t think I’m bickering, because I’m not. And please don’t think I’m straddling a high-horse. I think very little of myself. Let me repeat that again. I really do think very little of myself. My soul is poor and ravished, and if anything I need God more than anyone. Writing openly about the Flat Earth is the hardest thing I’ve ever done. I dread having to write about it. And yet God calls me to it. As such, I simply want to knock on your door and address a couple of things, if you’ll take the time to listen.

Firstly, the Church of Laodicea is blooming. It might even be in full bloom.

14 “To the angel of the church in Laodicea write:

The Amen, the faithful and true Witness, the [a]Beginning of the creation of God, says this:

15 ‘I know your deeds, that you are neither cold nor hot; I wish that you were cold or hot. 16 So because you are lukewarm, and neither hot nor cold, I will [b]spit you out of My mouth. 17 Because you say, “I am rich, and have become wealthy, and have need of nothing,” and you do not know that you are wretched and miserable and poor and blind and naked, 18 I advise you to buy from Me gold refined by fire so that you may become rich, and white garments so that you may clothe yourself, and that the shame of your nakedness will not be revealed; and eye salve to anoint your eyes so that you may see. 19 Those whom I love, I reprove and discipline; therefore be zealous and repent. 20 Behold, I stand at the door and knock; if anyone hears My voice and opens the door, I will come in to him and will dine with him, and he with Me. 21 He who overcomes, I will grant to him to sit down with Me on My throne, as I also overcame and sat down with My Father on His throne. 22 He who has an ear, let him hear what the Spirit says to the churches.’”

I probably don’t need to comment on the obvious here, how according to Jesus, the physically wealthy and final church on Revelation’s timeline is a spiritually naked one, about to be vomited like a bad taste from our Creator’s mouth. What a frightening thought! Let me tell you, reading this puts the fear of God in me, and I make a regular habit of rehearsing it. If Rev 3:14-22 is one of my favorite Bible passages, it’s not because I sit around evaluating other people’s souls and grinning. Brother, I pray to God with trembling that my membership isn’t to this congregation! However, the sad fact is that it does address many people’s souls. More specifically, church souls. What I want to do, and the entire point of this blog entry, is to address for you something I learned just yesterday while digging back into this passage.

The word “lukewarm” is translated from chliaros in Greek. It means tepid, and metaphorically of the condition of a soul wretchedly fluctuating between a torpor and a fervor of love.

Furthermore, Torpor is defined as: “a state of decreased physiological activity in an animal, usually by a reduced body temperature and metabolic rate. Torpor enables animals to survive periods of reduced food availability.”

Jesus is comparing the church of Laodicea to a hibernating animal. Ouch.

What happens when you try and wake a hibernating bear? They get angry!

Really, there is so much anger out there today when certain subjects are broached. It’s difficult finding a Christian who actually believes in Biblical prophecy anymore as anything other than metaphorical ramblings from those crazy wide-eyed Bible-thumping prophets who liked to talk about hell and the Ten Commandments and stuff, and worse, a God who gets “lost in translation,” as I’m so often told. In case you haven’t heard, that’s the unspoken theme among millennial churchgoers. “The Bible is lost in translation.” How very tragic that the church has succumbed to this. I feel so dejected in spirit even writing it now. Literally, I’m shaking. And I know I’ve been talking about things lately which really angers people. In a way I can’t blame them. I’ve been making wild accusations like the world is flat and everyone has been lied to. It’s a natural human survival technique to adapt to one’s surroundings. When that security wall is breached and the very reality that we’ve held so dear is called into question, well, never wake a hibernating bear.

I know…I know…. I’m being inconsiderate again. I’m not any one person’s individual judge. If you find this insulting, know that I’m not acting as your judge. God alone is judge. But these things I simply can’t deny anymore. The world as a whole is asleep, and the LORD is indeed waking up a remnant of his children, – but perhaps not all of them. Again, I just said something inconsiderate to a potential reader’s sleeping patterns. Oh, Noel! Maybe I am inconsiderate, but I really don’t know how else to deliver this news. Guys, this stuff is insulting to our very intellect. And anything revolving around the mention of end times is only good news for those whom the Lord calls His own. Oh, Noel! Let’s own up to it. Jesus is coming and the Bible is true. Children of God, it’s time to get ready, because that time is now.

The end of days isn’t anything like what I expected them to be.

Think of what it’s like for a person in my position who stumbles upon the phenomenal undeniable truth that the earth is exactly as the Bible describes it, without the injections of our modern “intellect.” What a joyous birth! Our numbers are exploding exponentially. And yet as this great awakening grows, as this last great human reformation takes form, we shout this news with such excited fervor to our family and friends, that our world government is the very wicked beast that the Bible promised it would be, that Satan, the Prince of Lies, is still ruling the very world Jesus warned us not to conform to, just as the Bible said he would. Yet we mostly proclaim it with no avail. We watch as the bulk of our enlightened civilization simply squints their heavy eyes on the horizon and yawns: “Nope….I still…..see….the curve….yawn.”

Okay, let me back up for a minute. Am I saying that if you don’t agree with me on the shape of the earth then you’re asleep by those very credentials? No, certainly not. I’ve never been one who focuses on exceptions to the rules. I’m talking about the masses, – this wicked generation. I’m not your judge. But if I’m going to receive an angry letter from you, it’s probably because you’ve only taken the time to read the first two lines and title of this blog, and therefore never even got this far. I’m finding that bulk of my detractors never even took the time to read my claims. They simply felt insulted. Got to love the Millennials with their safe spaces.

Yesterday was an extremely difficult day. I nudged too many sleeping bears with a stick, and I got pummeled. Like several hibernating bears, all at once. It was BAD. I spent all day on the computer and phone, and rather than trying to defend my position, as was their delight, I attempted to talk them down from their emotional fury. By the end of the day I was so dejected in Spirit that I told God I was sorry I ever found out about any of this. I just wanted to go back to sleep. What a tragically terrible thought! It was a moment of weakness, and I didn’t mean any of it. Fact is, discovering that the earth is flat is one of the greatest joys of my entire life. Thank you, Father. It’s a testimony you’ll hear from Flat Earthers across the plane, despite our rejection from our intellectually superior brethren, and furthermore, despite our dual frustration that we’re tiptoeing over inanimate bodies in a hibernating world. Opening my eyes to a creation that is flat, well, it’s joyful, because the Word is proven true.

I guess I’m not being very ambitious, but if I can simply convince ONE PERSON of the lie that presently is before the last great lie comes upon us, all of this would be worth it. What is the value of a soul? That’s what it all boils down to. And I know some of you are biting. If I lose my entire readership except for that one person, well, you know. It’s worth it. I pray over every blog entry as the Spirit leads. And I’ll be praying over this one. I have no doubt that it will trickle through the cracks and crevices of the World Wide Web until that one special person picks it up.

Last night, when I couldn’t sleep, the LORD led me to this beautiful video. I posted it above and I’ll be posting it below, because it simply lifted my spirit. The Earth is FLAT, and it’s BEAUTIFUL.