THE BUSH IS BACK IN TOWN! KENNEBUNKPORT (HIS ROLE IN NASA’S USE OF GREEN SCREEN TO FAKE ISS FOOTAGE) 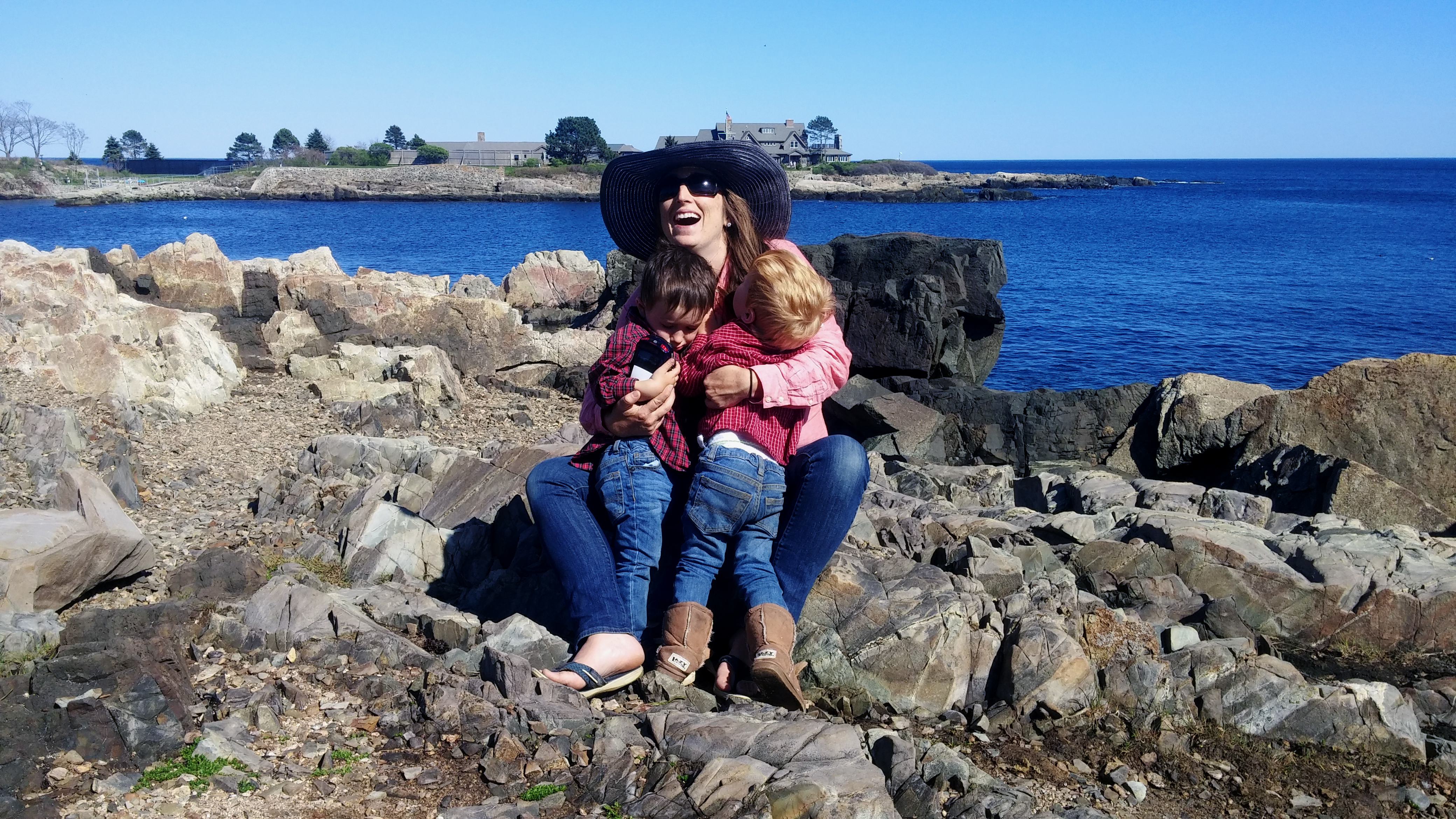 THAT’S THE WORD ON THE STREET–THE KENNEBUNKPORT STREET. The Bush’s are back. They arrived only yesterday, and everyone’s talking about it. Apparently their children, George W. and Jeb Bush, they own property here too. It’s a Bush dynasty affair. And you know, it’s interesting, the affection locals have for the entire family. When visiting Hot Springs, Arkansas, a couple of years ago, where Bill Clinton grew up and wooed the Southern girls, he’s portrayed as more of a novelty act for selling cheaply made souvenirs. But here in south-eastern Maine it’s quite the opposite. Mr. and Mrs. Bush are truly and affectionately loved by all.

“The Bush Compound,” where George H.W. and Barbara Bush live, is located on Walker’s Point. It was first purchased and built upon by Bush’s great-grandfather, David Davis Walker. You can see the house, and only a portion of the compound on Walker Point, behind Sarah and the twins.

Oh wait, here’s a better picture of the house (my family included). Take note of the raised American flag, which announces the former President’s presence to the locals. Security is everywhere. The driveway can only be trespassed upon after  a thorough inspection at the guard booth. We watched a fishing boat get too close and was promptly shooed away. 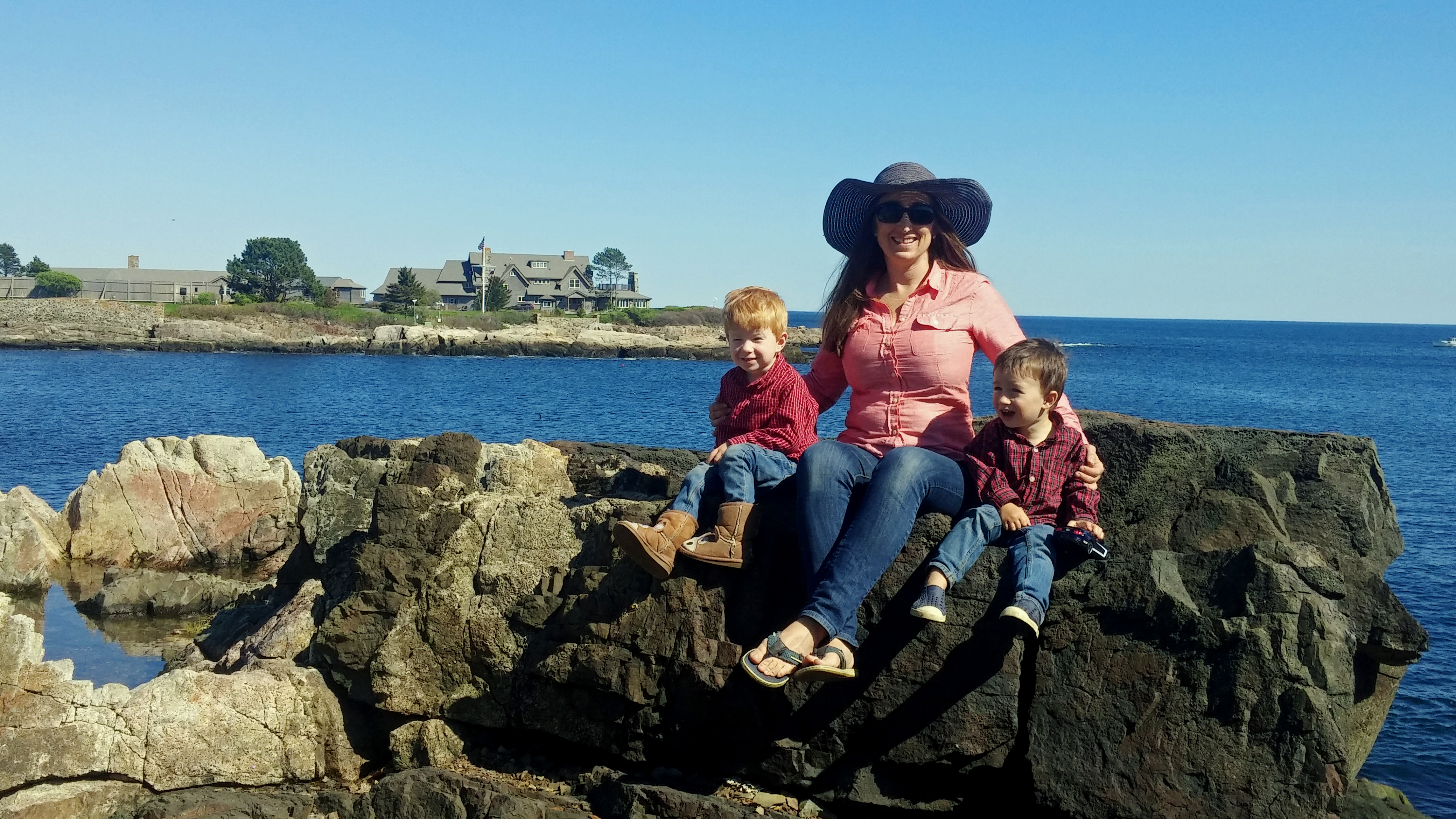 You know, I’m a Conservative—not a registered Republican, mind you, but a Conservative. Another words, there’s no party affiliation where it comes to my love of God and distrust of all-things government. I say this only so that you can understand I don’t have nor am I pushing a liberal agenda when I call the Bush’s, the entire family for that matter, war criminals. And that’s putting it lightly. Between George H.W. Bush’s aided construct of a New World Order, which includes the false flag September 11th attack and personally executing Rothschild’s wars in the Middle-East, the financing of Adolf Hitler by his father Prescott Bush, and recent documented evidence which fingers the former President at the Book Depository Building on the day Kennedy was killed, he’s got a mess of jail time, if conviction ever applied to those who own the law.

There’s also this video making the rounds on the internet, which not only shows to the uneducated audience how NASA shamelessly pulls off the fakery of astronauts in the ISS (there’s plenty of other videos which reveal their half-dozen or so rabbit hat methods, including space walks), but pits George H.W. Bush in the midst of the action. Seeing as how NASA is the lie of the Great Delusion, it shouldn’t be a surprise that the man who’s admittedly responsible for aiding John and Daniel’s prophetic vision of the final Beast from theoretical paper to actual practice has a hand in it.

Can you really watch this video and ever view the live-feed from the ISS the same way again? It’s a scam, people. The Bush’s know it. And Hollywood does it better.

Funny though, standing outside the Bush family home, taking pictures of my own wife and kids, and knowing how monstrous of a man George H.W. truly is, I never once got a nauseating feeling in my gut. The same simply can’t be said of my experiences standing outside the Obama White House not so long ago.