People in ancient times drank menstrual blood. If you’re asking why, the practice apparently had something to do with energy and wisdom, and it got me thinking. We are told the life is in the blood. I had no idea this was a thing but now I understand verses like Leviticus 17:14 and Deuteronomy 12:23, where we are told not to drink blood. Just don’t do it.

There was a time when I’d read those verses and think to myself, “Who was doing that anyway—vampires?” The topic got me thinking about why they would do such a thing. Could there really be some kind of power in our secretion? Apparently so. This begs the next question. Why would Yah create us that way and how can we use this information to glorify him rather construing it into the practice of the pagans?

Another search around this bend and that led me to sacred secretion.

There’s a likelihood that I’ll be labeled “new age” for looking into the biology of Abbas creation. I’m regularly told what I can and cannot look into. The very notion irritates me. But still I pressed on around the next corner despite any threat that I might be treading upon dangerous ground. What I found in my search is profound.

So, what is the “sacred secretion?”

It is simply male ejaculation. What apparently many call the Christ oil. 1 John 2:27 says the anointing oil abides in you. Could this be what John is referring to? Ejaculation, a normal natural function which we have been told is healthy to emit. But is this true? I found many accounts of historical figures who firmly believed that this male essence being retained is the secret to health, strength, vitality, creativity and increased spirituality. From Plato and Socrates to Tesla, Mark Twain and Einstein, to athletes of today. These men all believe their “secret” to success is celibacy. Not necessarily the absence of sex, but instead the lack of ejaculation. Could there be something to this?

Isn’t it odd that in Torah it is not sex that makes you unclean but emissions that do so? Isn’t it bizarre that the two secretions of our bodies known to some as the “life force” make you unclean but urinating and defecation do not? Now I don’t have a particularly scientific mind so I’m going to link a page on the biology of how this works. Sacred Secretion. Apparently it has to do with melatonin, serotonin, prolactin, cerebral spinal fluid, the pineal gland, and some chakras. Chakra was another one of those trigger words for me but apparently means cycle and chakras are simply our nerve plexus and endocrine glands. Not pagan if it can be attributed to Yah’s creation.

My mind is ablaze with all of the allegorical ties to our bodies. I sadly think of the world we live in where sex and porn are thrust in men’s faces constantly. They have been trained to drain their essence as often as possible. Perhaps leaving them weak with the inability to lead. Is this how feminism came about? The sacred secretion being drained into us giving us strength, vitality, energy and wisdom. Are we stealing the strength from our men? We have switched roles. Isn’t it bizarre that after a couple is finished with coitus non interruptous the man is completely drained with no energy and just lays there or goes to sleep while the woman hops out of bed energetically to go clean the house and make him a sandwich for his generous contribution? It literally looks as if we have stolen their strength.

Now, occultists do use this practice in their sex magick. Crowley tells of how you retain this vital essence and then upon release he puts all of his will into his thoughts at that moment. Like prosperity. A spell is obviously the misuse of Yah’s design. Should we reject the fact that men naturally operate at full capacity when their Essence is retained? Some religions call ejaculation the little death. Should the male essence only be given for the purpose of procreation? Jeremiah 1:5 says “before I formed you in the womb I knew you.” Does this not mean that life begins before conception? So, if the seed is wasted, or dare I say “devoured,” wouldn’t that be abortion? Ladies, I’m seriously concerned that consuming this seed is cannibalism. I’m sure it’s not a very common practice in the Torah world but nevertheless it should be mentioned. We are forbidden to devour children. Lamentations 2:20 says, should women eat the fruit of their womb? Several times in the Bible children are referred to as the fruit of our womb. Could the story of the fruit in the garden be tied to this? I’m starting to see allegory everywhere!

Proverbs 30:20 says an adulterous woman consumes a man and then wipes her mouth and says I’ve done nothing wrong. Many have interpreted that to mean that oral sex is off limits but I beg to differ. I think the issue is with the emission of man. His sacred seed. The story of Lilith begins with her wanting to be on top. Literally. Why was this not okay? Is it because it takes the control away from men to retain their seed? There’s theories out there that Samson didn’t lose his strength because of his hair being cut. His hair was cut because he broke his vow by ejaculating with Delilah. If it is true that ejaculation weakens men then why would Yah intend for men to do so?

Proverbs 31:3 says, “Give not thy strength unto women, nor thy ways to that which destroyeth kings.” This esoteric knowledge may seem taboo at first but really consider what Yah intends for his creation. It is true that the Tao is based on this secret to eternal life as well in Gnostic and Essence teaching as well as mystical Judaism. Are there other things we are missing in Yah’s creation out of fear of venturing into paganism? The Fallen have taken all of His design and corrupted and misused it. Singing is good. Worship is good. Singing for and worshiping demons is another story. That being said, we shouldn’t reject something simply because the demons are using it too. 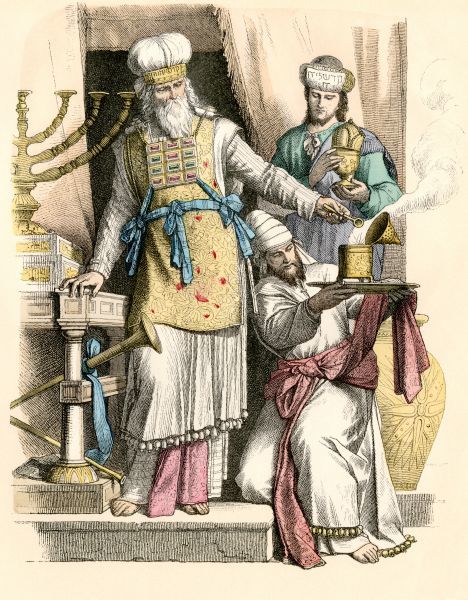 Take manifestation for example. This is simply using the power of our thoughts and words to make things happen. Like moving a mountain for example? Faith and manifestation seem pretty similar to me. It has been proven that our own thoughts can physically heal or hurt our bodies. What about precious stones, do they really contain energy? Did Yah not place that energy there? Is this why there are stones on the ephod? In ancient Israel, an ephod was a sleeveless garment worn by Levite priests. If I can leave you with one image, it is the Levite and his ephod. According to a recent find in the Genesis Targum, Yah instructed Noah to “go thou unto Phison, and take from thence a precious stone, and fix it in the ark to illuminate you.” Genesis 6:15. And there you have it. Noah and his family were illuminated by a precious stone.

What about healing? Is this not a form of magic? Reiki is completely about using the energy in our bodies to heal people through our hands. Is this what Yeshua and the disciples were doing? Of course, in all things we need to be sure that our will lines up with Yah’s. That’s imperative. Anything we do from our own will is evil. I think we should all take a deeper look into Yah’s design for our bodies. We may be missing out on the power he bestowed upon us in his creation to do His will. 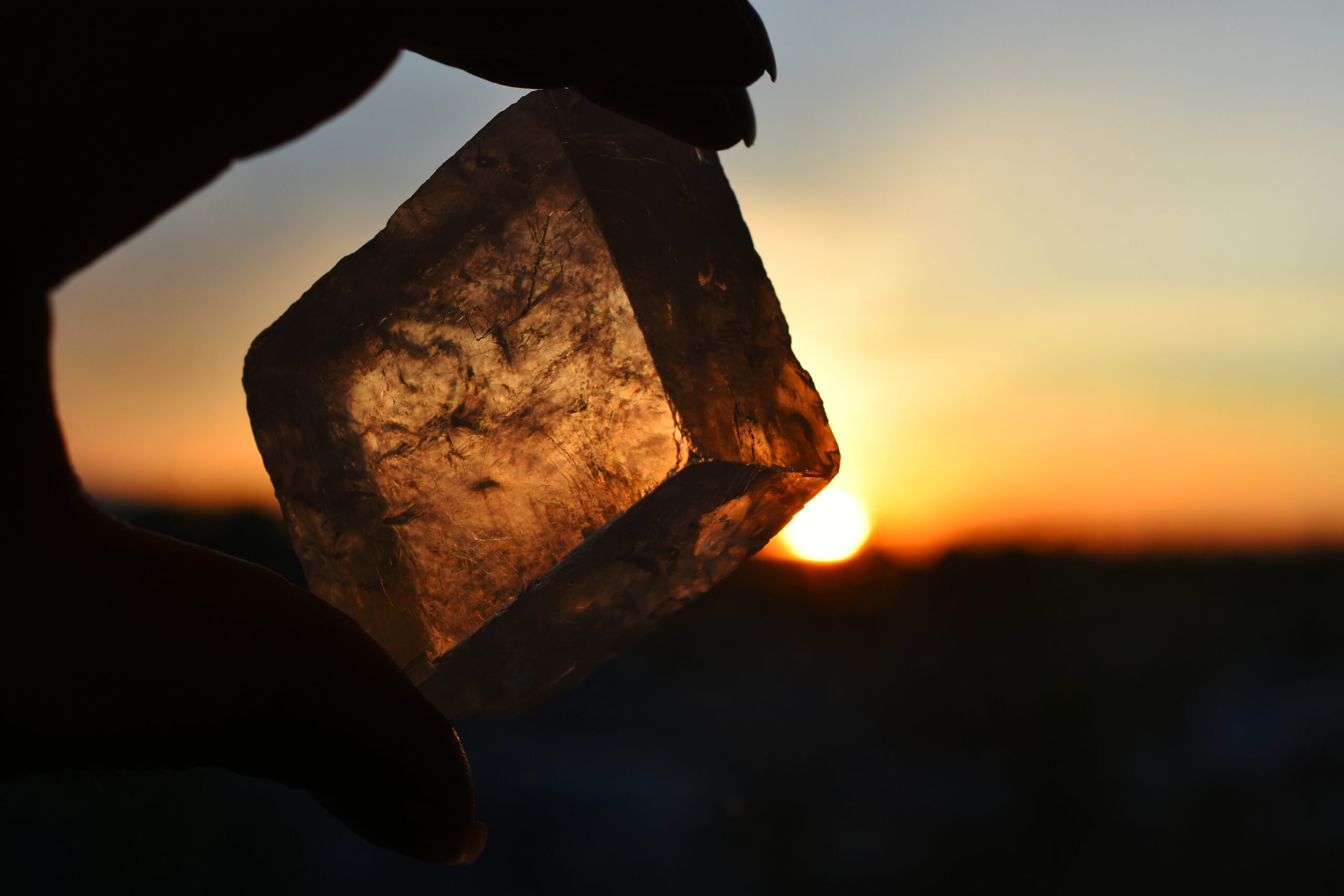