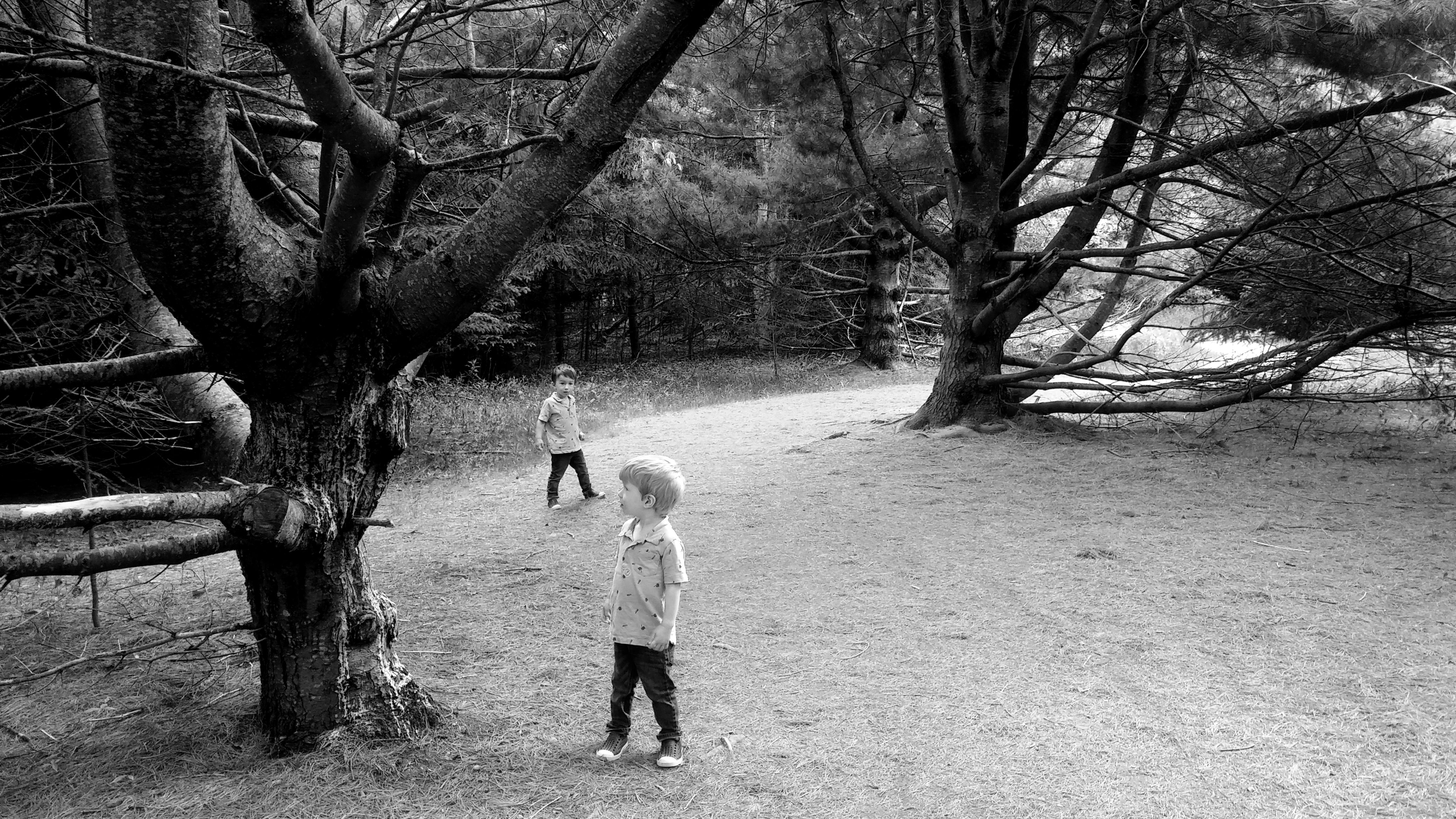 THE GULLIBLE CHRISTIAN WILL SIT WIDE-EYED AND CROSS-LEGGED, intently hinged upon every word of the astronomer, who has seemingly grown confused between his telescope and recent readings in Eastern mysticism as he amazes his hearers with tall-tales from the furthest reaches of our cosmic flea market. That poor gullible soul—I myself used to be one of them, not recognizing a bold faced lie when I saw it—convinces himself that the God of the Bible is somehow behind all of this, if only we can grasp the right verbiage, when in fact the astronomer has not confused the two—the telescope with his library. The Copernican model, with its promise of ascension to heaven, most certainly does arise from cosmological books, just not the Bible. And it leads us not to the true Creator, as we blindly convince ourselves of, but the oldest religion in the world, which as you likely already guessed began in the Garden—the humanists dream.

God is not the infinite cosmos, nor is His creation a manifestation of Him. Yet we are told by astrophysicists to “marvel at the remarkable symmetry and wonder” of our universe when observing the clusters of galaxies and invisible dark matter which supposedly fills the bulk of its open gaps—all of which proves nothing but collected data on a computer screen—and when stretching billions of light-years across from end-to-end, incredibly match the neurons in a mouse’s brain.

Similarly, NASA’s Spritzer space telescope informs us there is a stellar system made up of two intertwined chains just like a double helix in a DNA molecule, and stretching 80 lightyears in length. These most clever of deceptions, both the neurons of a mouse’s brain and the strand of our own DNA, effectively wrap themselves around an element of God’s truth and then distort them into a humanistic worship of the self.

We are expected to believe a black hole, which is nothing more than the fantastical ponderings self-created in a storytellers head, resembles the cell nucleus. Furthermore, a black hole’s event horizon—a sort of point of no return where the gravitational pull sucks objects into the black hole—also resembles the nuclear membrane, or so we are expected to believe. Physics will remind us that a cell is made up of molecules, and molecules made up of atoms, and atoms composed of a nucleus and electrons, which in turn revolve around the nucleus. Planets, we are conclusively led to believe, are electrons and the sun the nucleus, the atom being our solar system, with the galaxy being a molecule, and the entire universe a cell. The multitude of solar systems, so they conclude, makes up the remaining cells.

The universe as a whole, or so the greatest deception of this age goes, can grow just like a gigantic brain, with the firing of brain cells mirroring the expanding galaxies around us. The gullible Christian forsakes his Bible to embrace this, convincing himself that the mystical message of astronomy is somehow confused in the verbiage—that we couldn’t possibly be embracing what its bold-faced conclusions demand—that we are gods, every one of us.

Basically, as astrophysicists and astronomers seek to prove; our universe is one singular cell of many inside a gigantic living organism, all of which gives birth and then dies again. Everything small and large is interrelated as a whole, says both the gurus of Eastern Mysticism and our priests of Scientism. THE COSMOS IS ALIVE! And looking into the face of the Supreme Being—pay attention, gullible Christian—should and when he decide to reveal him or her or itself to us, is to see the Living Universe. He is us, our embodiment of light; and we are he, his vessels.

Let this be known to the man with discernment; God is not the universe, nor is the universe a manifestation of Him. And somewhere along the line, when the Word of God lost its Divine merit, our parents—as did their parents and grandparents before them—volunteered their children through a societal mush pot of delusional thinking, that we be handed a globe and led by the hands of strangers into the apostasy of pantheism.

A discerning Christian should find it strange indeed to learn that this laughable “space race” began in Russia during the adolescent years of Darwinism, years before the Wright Brothers even flew, and its dancing partner was trans-humanism. So it began with trans-humanism, and there it shall end as the capstone of Luciferian wisdom. 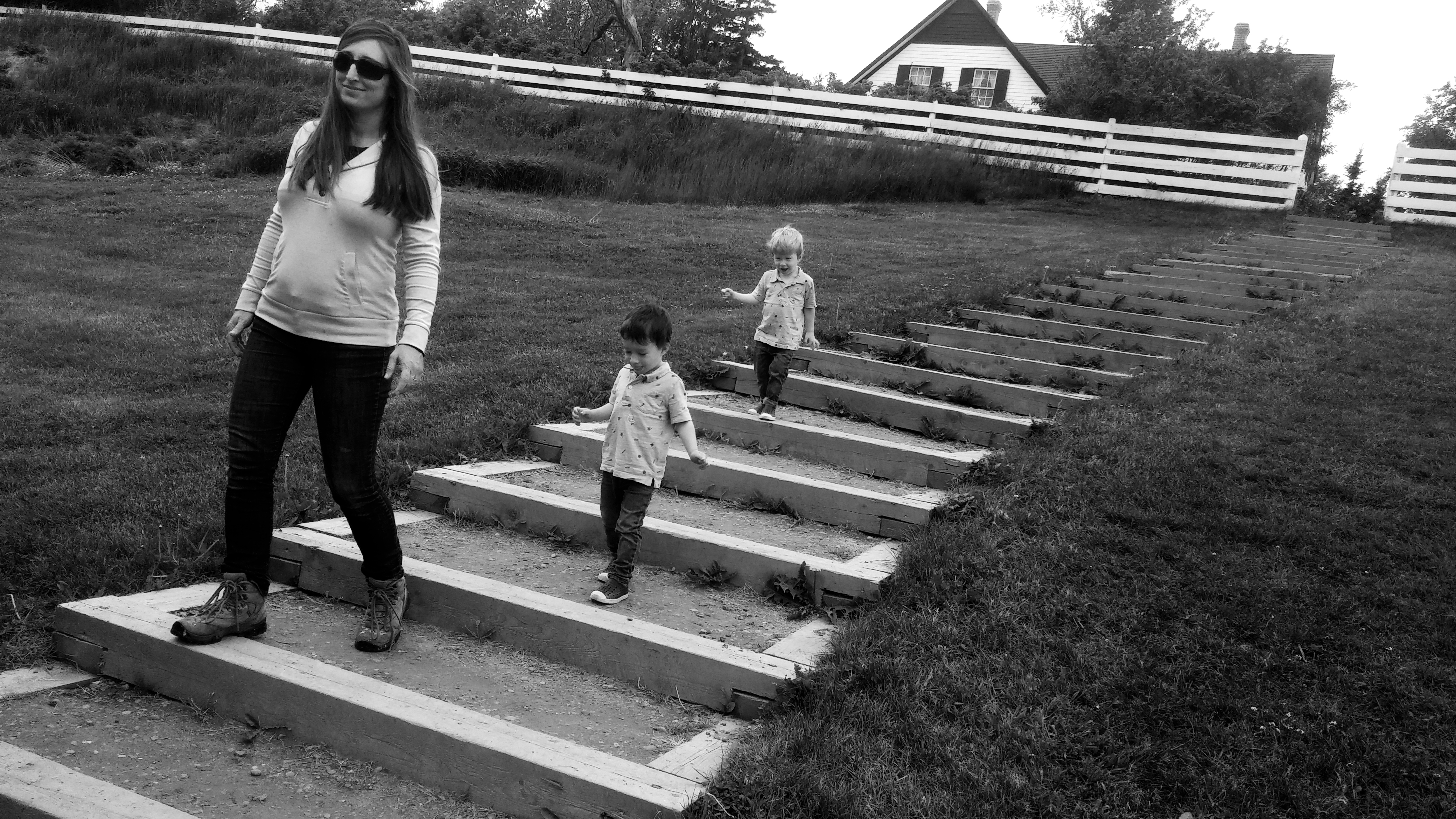 I introduce you to a man by the name of Konstantin Tsiolkovsky, father of astronautic theory. Tsiolkovsky was also a mystic. His mentor was Nikolai Fedoror, a so-called Christian who openly advocated “immortality for all.” This would be accomplished, he claimed, through the pursuit of trans-humanism, whereas the crowning achievement of Evolution would be man’s union in his biological human condition with the technology which would ultimately seek to surpass him, thereby becoming one and the same, whereas intellect and physiology may increase until their end-means are met. Accordingly, where Fedoror’s vision was concerned, while achieving immortality through his biological and physiological union with technology was a worthy cause, that and the resurrection of all people who ever lived would prove two inseparable goals.

I refer to this as the Gospel of Ascension.

Eugenics, the same doctrine which embraced the holocaust and abortion clinics of many, has not been so easily forgotten. That and transhumanism flourish together and must remain together. Darwinism must have its supreme race, Lucifer must have his sacrifice, and our biological union with the mark is assuredly the long-awaited answer to both. If biology alone cannot perform the task, then the mark must.

It is here where we can recognize, if we have the eyes and ears for discernment, the promised Great Delusion of this age. We can see where it fermented, where it is soon arriving, and how it so easily enveloped us with its illustrious promises and Hollywood narrative. Perhaps the greater deception still is the mark to come. There’s this longstanding belief in the faith community that it will seem repulsive to the Elect when in fact the lie may be beautiful as any before us, as this globe delusion already proves to those of us who embrace the full unbroken Testimony of God concerning Himself—the Doctrine of Flat Earth. If they cannot deny the lie now, why will they deny it then? 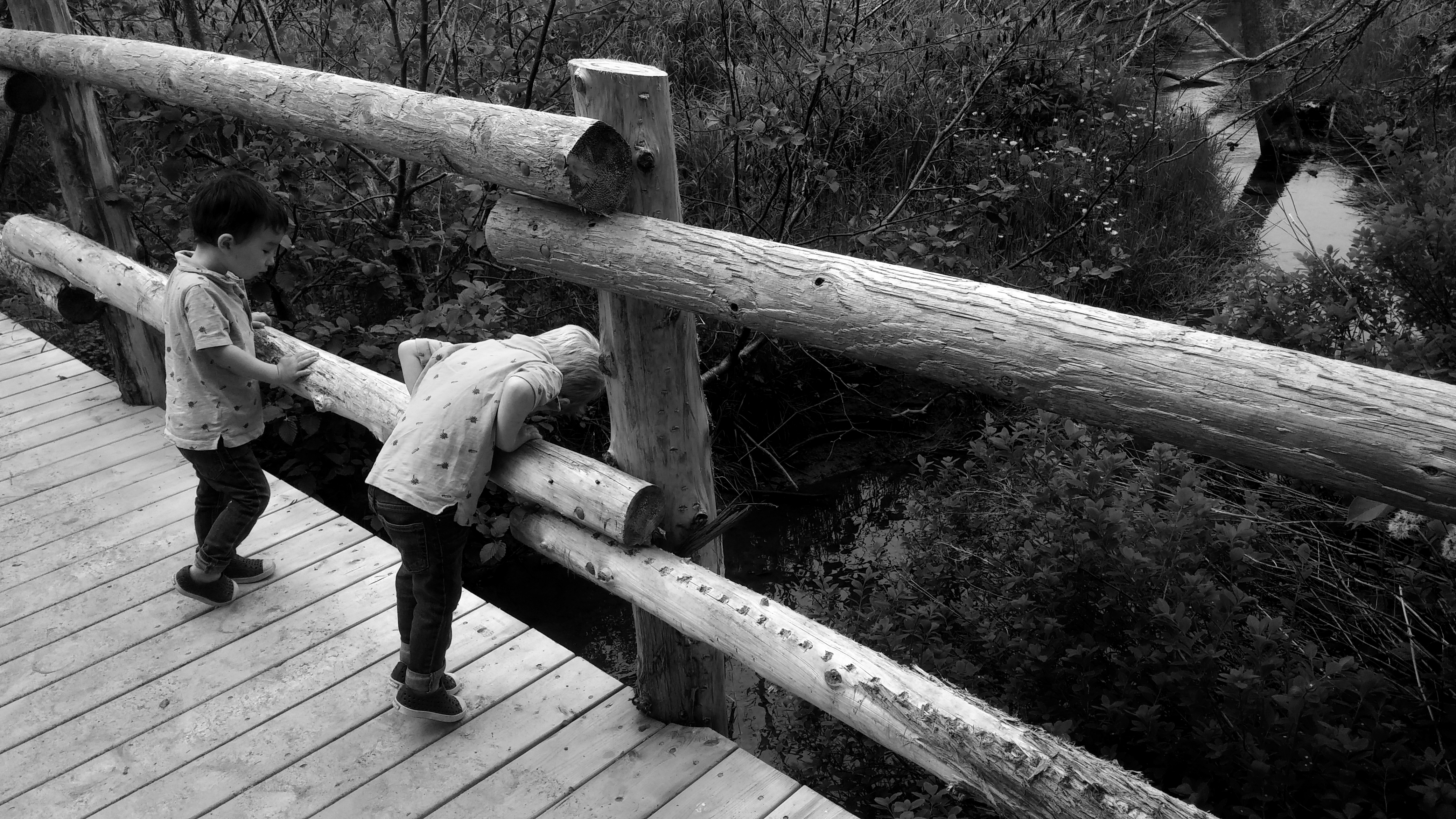 What is this space race, my fellow discerning Christian, but a transfiguration of the soul through death, the cheating of sins’ consequence, a back-door approach to heaven if you will, apart from the necessary repentance which assuredly leads to God’s forgiveness through the atoning sacrifice of our Lord? Indeed, man has a longstanding history to desire the conquest of heaven by his own strength of mind rather than accepting the free gift of salvation through Yeshua Hamashiach our Creator and Lord. Surely, a discerning Christian must see that we’ve been lied to.

We have been lied to again and again and again and again. In fact there is no end to it—the lies. Yet in the midst of confusion—really, there is no end to it—some of us have been woken by the Spirit, like Lot and his family in Sodom before destruction, as a means to escape. And so also we must face the graver possibility, that not everyone will be rescued. Just as many of our brethren in Christ have been deceived from the beginning, and even now choose to continue not the first lie seeded centuries ago, but the lie within the lie within the lie into tomorrow’s lie and well into next week’s lie to the following lie until the very last lie is told, so too will many willingly take the mark, if only because the lie seems beautiful and innocent to them or otherwise not worth looking the fool for refuting.

Perhaps Mark Twain said it best. “It’s easier to fool people than to convince them that they have been fooled.” 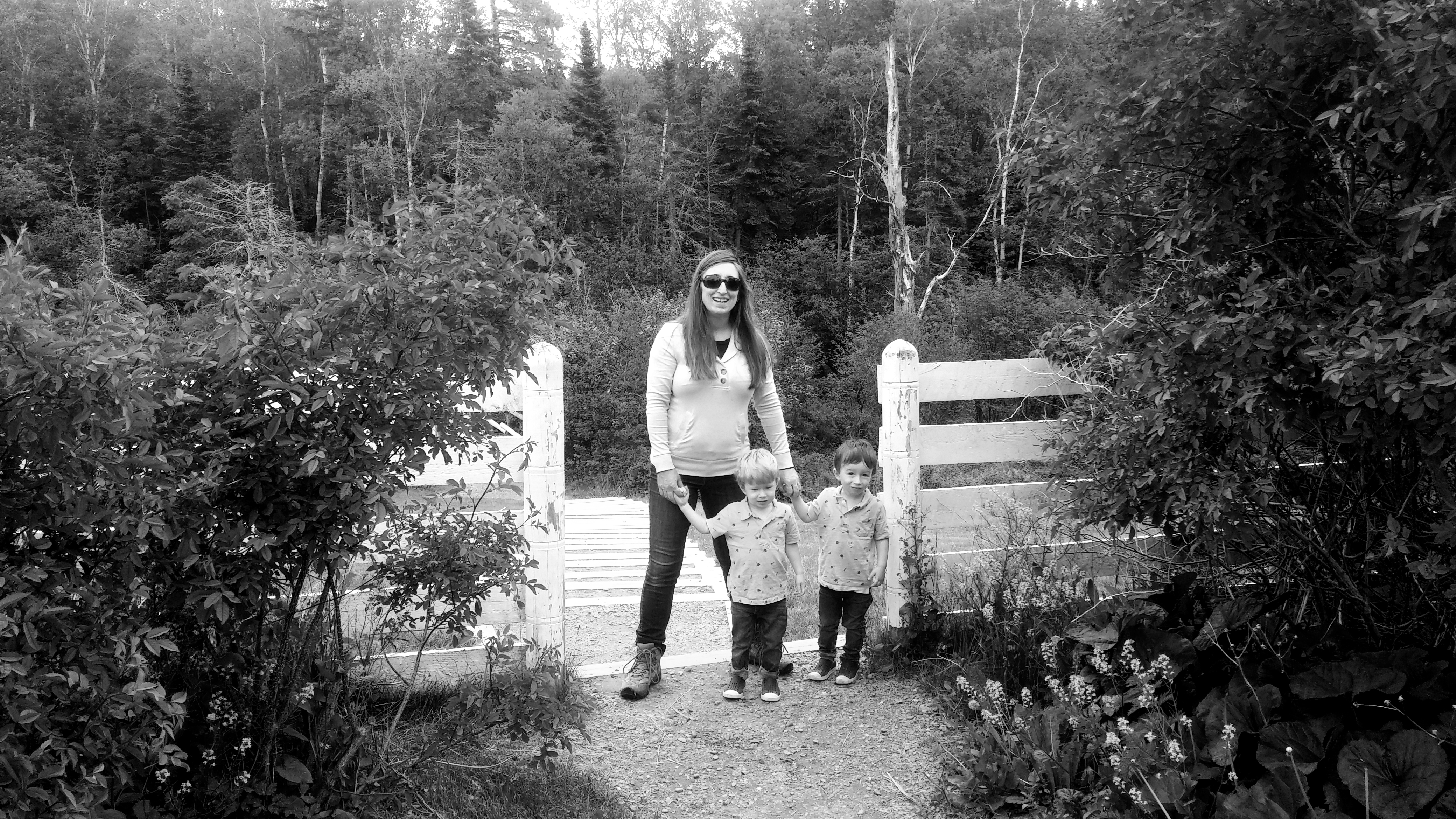