“HAST THOU PERCEIVED THE BREADTH OF THE EARTH, JOB?” | THE BIBLICAL FLAT EARTH IN THE OUTER BANKS

THIS AND so many other questions which Yahuah asked of Job were no doubt rhetorical in nature. So when God demanded that he should answer if he knew, the response was a clear and resounding No. Job could not possibly have perceived the breadth of the earth. It was immeasurable by Job or any other man. If this were the case, then why do Globe-believing Christians assert that Eratosthenes of Cyrene was able to measure the circumference of the earth with nothing more than a friend and a couple of sticks?

Is God a liar, and did Eratosthenes prove Him as such?

Maybe God just jumped the gun in his evaluations. You know, maybe He didn’t gaze far enough into the future. Or perhaps the goat herding, nomadic Hebrews were too stupid to understand what Gentile children are so easily taught today from the first moment they’re handed a globe, that they live on something resembling the spherical map in their fingertips and it spins around the sun like so. Is this why God incorrectly taught the Hebrews in the Torah about a stationary, geocentric creation, because they weren’t bright enough to understand the superior intellect of their neighboring uncircumcised Greeks, who had no problem coming up with a spinning ball theory without God’s intervention?

I’m obviously being sarcastic here. Because the Earth is flat. The Hebrews are highly intelligent. And God was right in His assessment. He always is. Because of this Great Delusion, which God has brought upon the whole of humanity, the breadth of the Earth is just as immeasurable today in the second decade of the twenty-first century as it was four millennia ago, when Job pondered the strength of the Leviathan.

I was recently reading commentary on Job chapter 38. Before I surrendered to a Flat Earth model of Biblical cosmology, this particular passage, like so many others in the Holy Scripture, really bothered me. Not anymore. It actually makes sense now. So anyways, this one particular commentator basically said: What God really meant by “breadth of the earth” is the “breadth of the entire cosmos.” You know, the ends of infinity. Wait, what? It doesn’t say that. Earth. Not infinity. There’s a huge difference here. The infectious disease of arrogance in our educated scholars is staggering, and I’ve grown so very world-weary of it all.

After putting the kids to bed last night I afforded myself another prayerful walk, as I often do, listening to the tide crashing over the shores of the Outer Banks while gazing up at a waxing moon and the glorious display of twinkling stars that surrounded it. I was astounded at all that we simply still don’t know. Where does the firmament touch down upon the outer rim of the Earth? Is the Earth simply a circle or a circular face within a square? How far down could one sink into the depths of the Earth before reaching its foundations? How high above our heads is the nightly path of the luminaries? And is the moon really in the neighborhood of two-thousand miles, if not two-hundred, because on some nights it certainly looks that way.

One thing is clear to me through all of this. God has sent a strong delusion upon us. It is a similar effect to those who once attempted to build the tower of Babel. Still, despite the headless-chicken confusion and the pay no attention to the man behind the curtain attitudes, the construction of that tower continues on in the arrogance of our own minds. And until Jesus physically returns as our eternal ruling king, tearing down the deceptions that have become our everyday realities in this current beast system, these many questions, along with the measurable breadth of the earth, will never be answered. 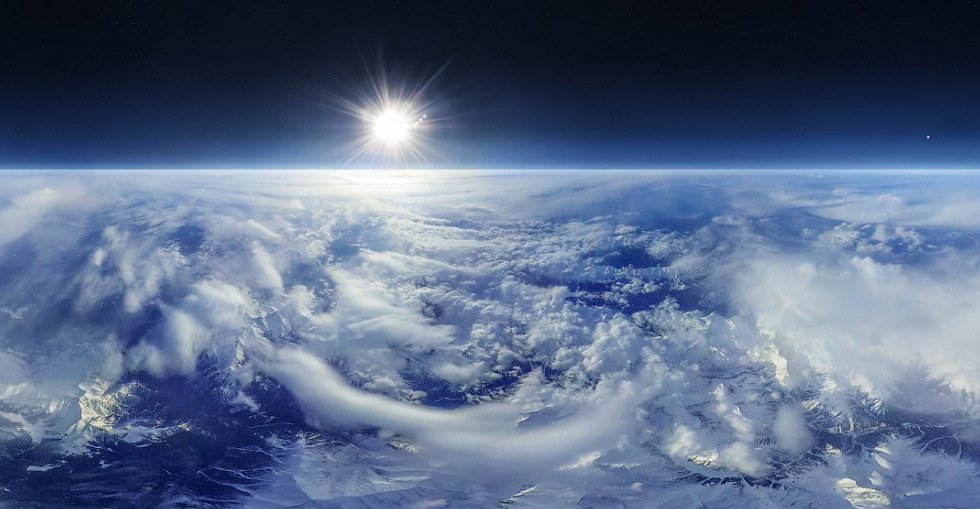