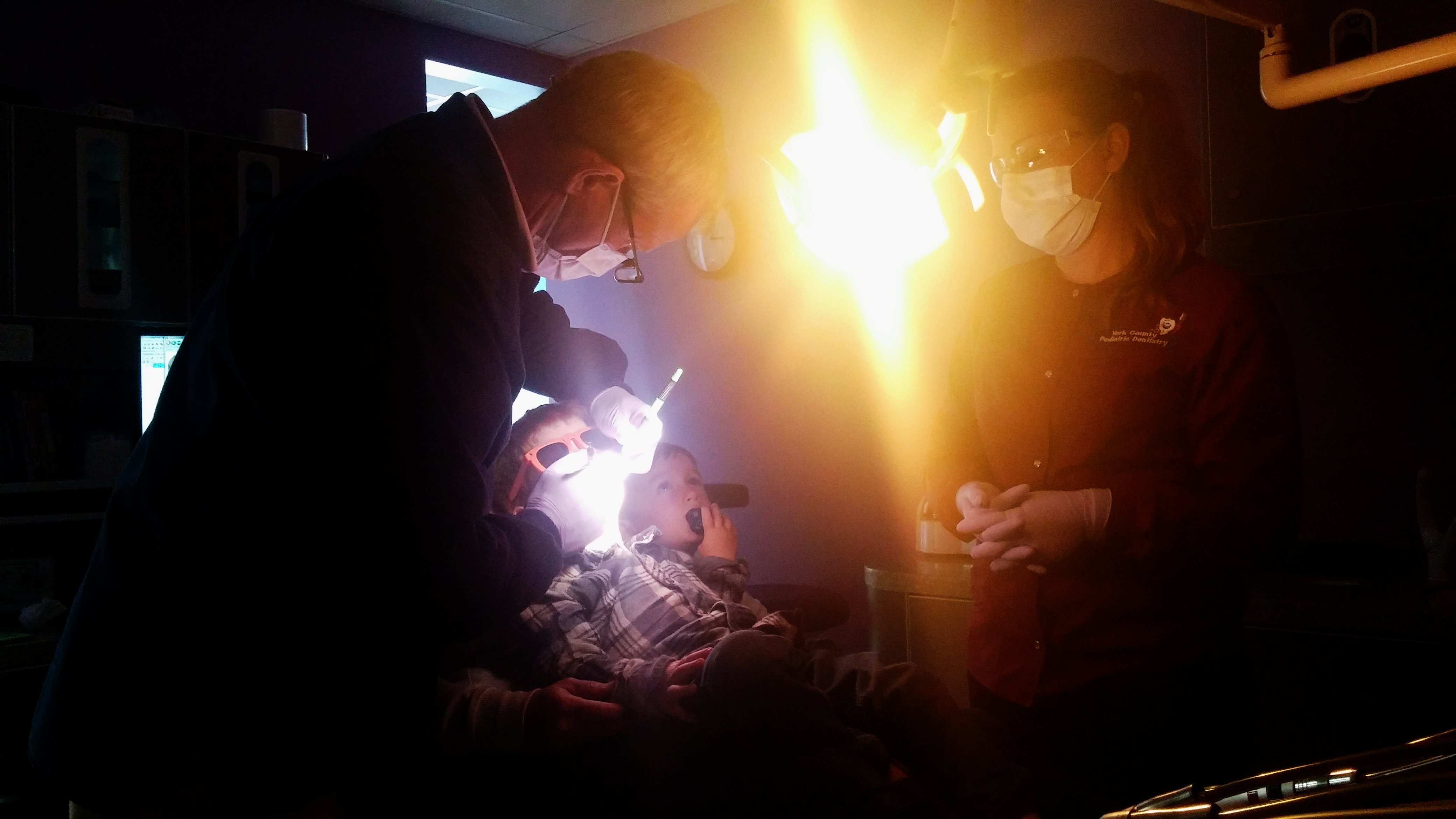 I HAPPENED TO COME ACROSS AN OLDER MAN LIVING IN SOUTH CAROLINA. He was actually the elder of his church; a Baptist denomination—this was during our year in Charleston, and if the mockery of his deceased father stoked the tender coals of my soul, it’s because his father believed the Earth was flat, and only, that church elder claimed with an ironic twist to modern-day hypocrisy, because “the Bible told him so.”

I had only recently succumbed to my knees in recognition of my own great glaring error, an entire thirty-five years of oversight to the obvious nature of God’s creation, as outlined throughout the Bible, and so didn’t have the courage then to tell him I myself was like his old man, a Flat Earther. Oddly enough, that man’s mockery was personal confirmation from the LORD as to my own calling. And it got me thinking. Despite Copernicus, Kepler, Galileo, Descartes, Newton, Darwin, Einstein, so many other conspirators against the Creator, and in his fathers case, a live viewing of the end-times Great Delusion lie—the ’69 NASA moon landing in real time—God has always had a faithful remnant of believers, even if few in number, who stood completely with His unbreakable revelation. 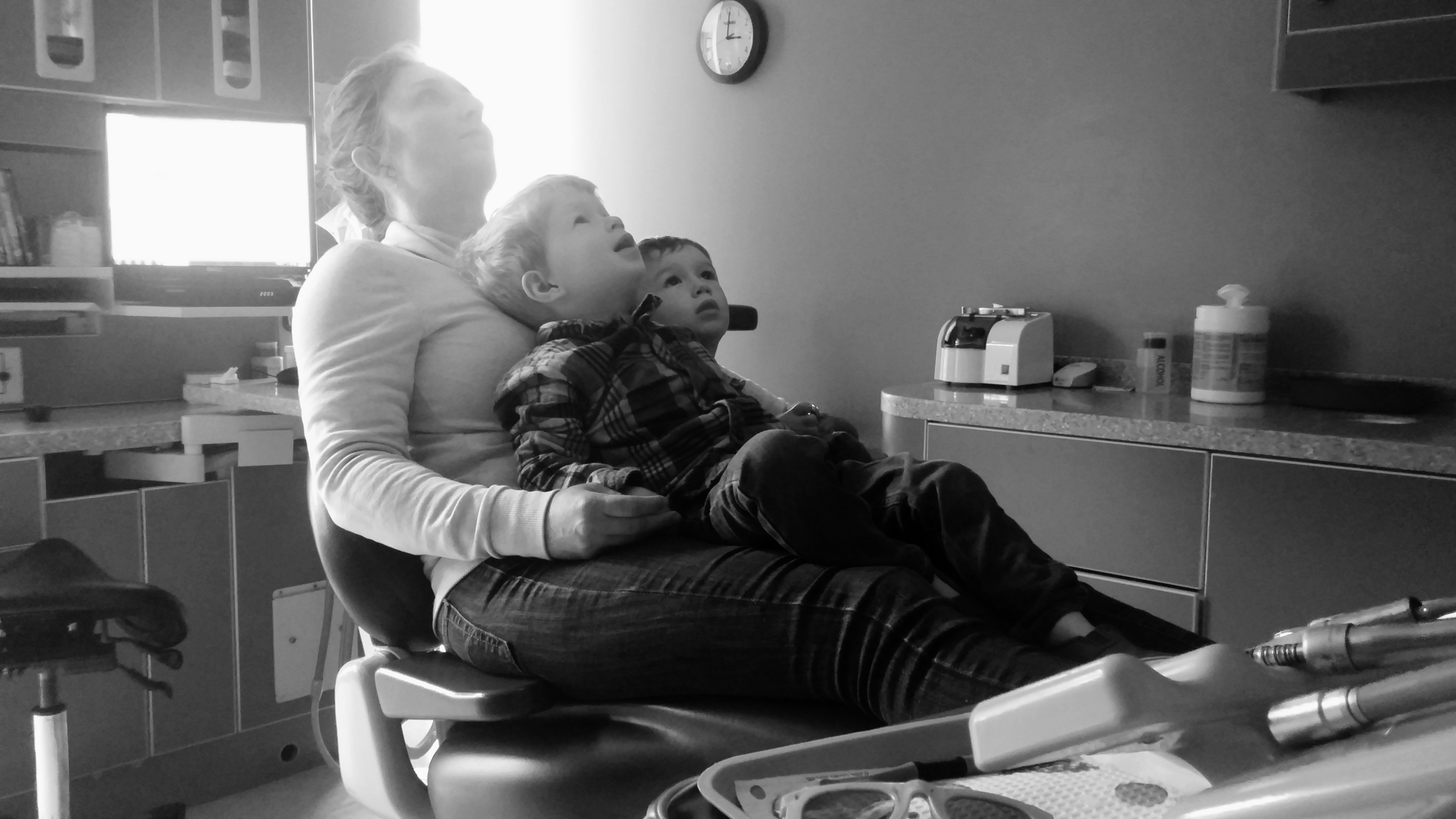 NOW, YOU’RE PROBABLY WONDERING WHAT COULD HAVE possibly happened to Ira which would reward him with an unexpected trip to the dentist. Boys will be boys. Isn’t that how the saying goes? Actually, we really don’t know what happened, except that his front tooth was fractured—a discovery Sarah made while brushing his teeth before bed—and the fractured half had come loose. It shortly thereafter fell out. Ira expressed no discomfort or pain, however much we prodded him to fess up to such a likelihood. In fact, the trip to the dentist proved to be a fun one, mostly, for the both of them. The office had on supply digital copies which nourished their newfound love of Paw Patrol—a favorite everywhere among two year-olds.

When Ira was 15 months old and barely walking for a week he took a face, er “tooth” dive, in front of the Long Beach Public Library. This all happened during our week-long visit to California—and only hours before Sarah’s sisters wedding, of all days. That was fun, strangling a tie around my neck while simultaneously strapping Ira down to the torture chair, amidst his cries. His front tooth—the very tooth that prompted our most recent dental visit on the opposite end of the continental United States—had become both fractured and dislodged, and though a cast was attempted, his dentist had no hope of recovery.

Well, as of this writing it’s still hanging on, sort of. Half of it is at least. These sort of occurrences only seem to happen to Ira, not his twin brother. His mother and I have been bracing and prepping ourselves over the last year and-a-half for the inevitable—childhood portraits with an undetoured gap the size of a national monument in his smile. So if you’re following OUR WAY IS THE HIGHWAY, just know that announcement, whenever his remaining tooth prematurely decides to depart, will in all likelihood arrive with a picture.

More on Ira’s adventures with toothery in a moment. 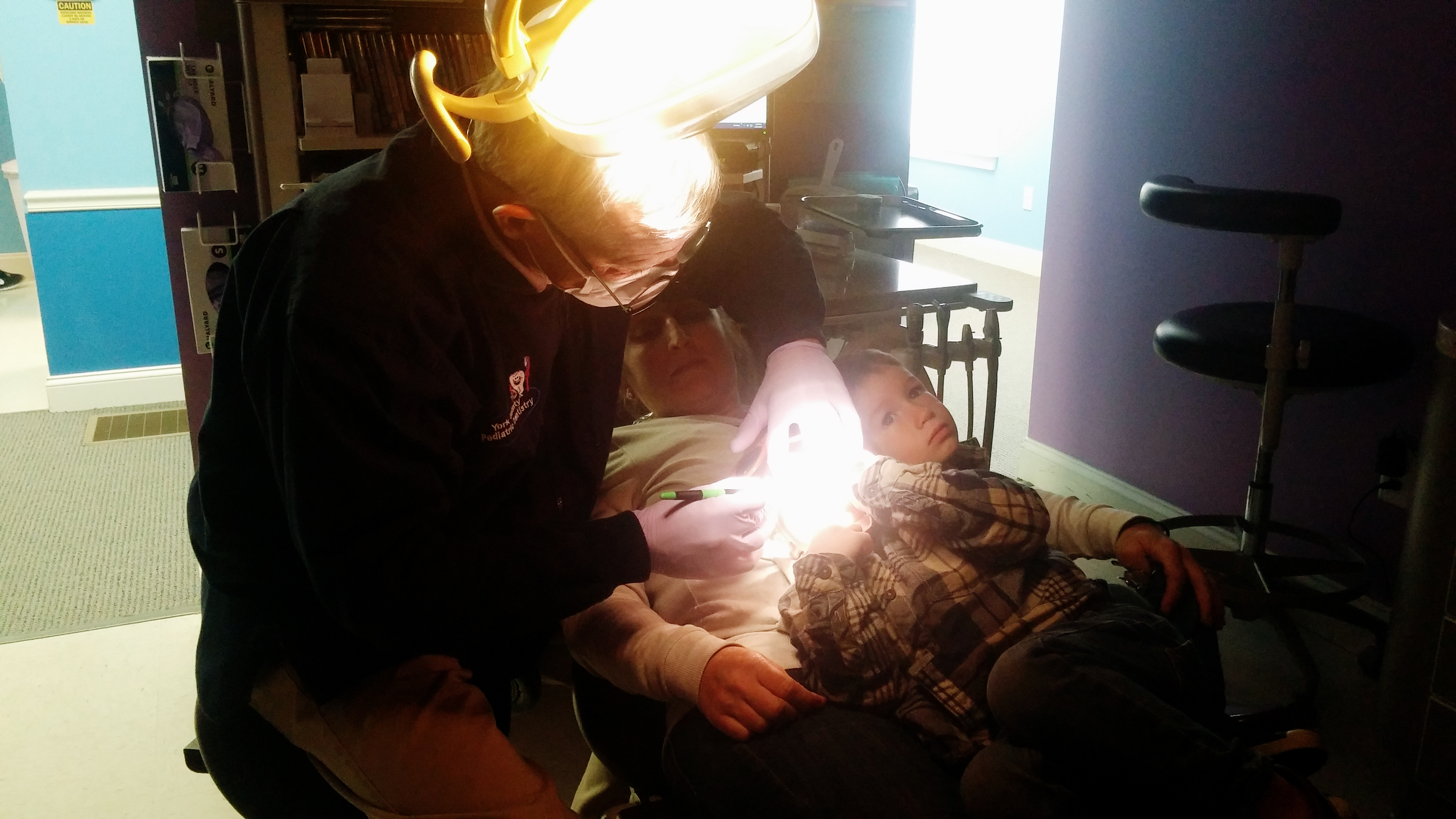 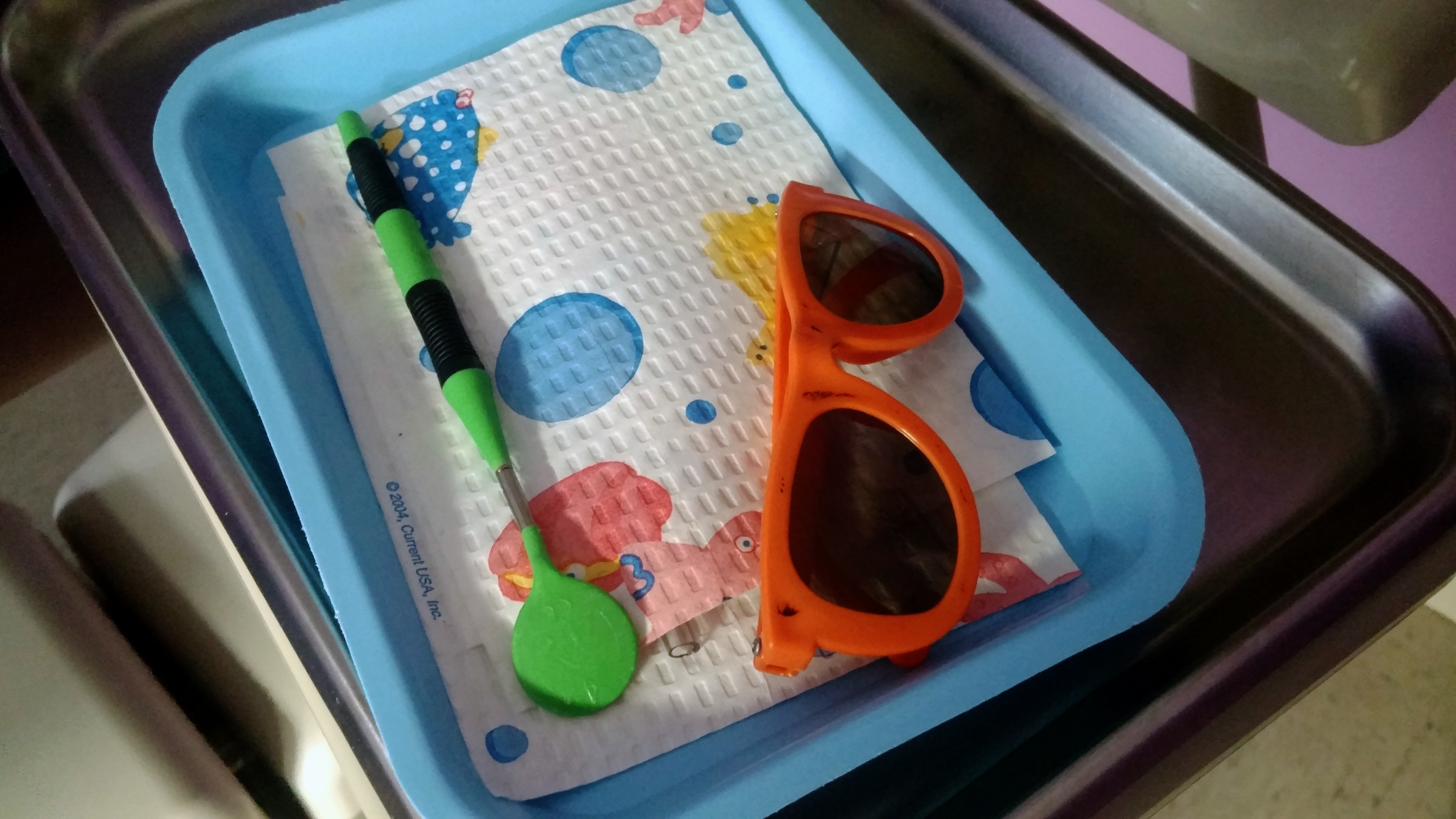 BACK TO WHAT I WAS FIRST SAYING—ARCHIVAL FOOTAGE has recently resurfaced online of a BBC report in the early 1960’s Great Britain regarding a man who made his case for the Bible’s flat stationary Earth. He even had a Flat Map in his possession! All this in the midst of a boiling cauldron that was the space race. First off, the very fact that such open discussion could still be pondered on media television in the 1950’s, and in the casual home of a Flat Earther, without slander, late night mockery, or academic expulsion to the other side of our modern Berlin Wall—which Scientism and Academia has constructed for those refusing indoctrination to their brand of truth—but in a gentlemanly manner, should provide culture shock to any 21st century onlooker.

It’s further testimony to the centralized scheming by the Elites currently shaping our New World Order and the shameless indoctrination which repeatedly slaps our common senses each time we turn on the tube, which oddly enough doesn’t beckon demands from the masses to switch it off. Rather, it bruises its participants to the point in which they’re so numbly saturated with it all that on some deep psychological level they demand an endless supply of the abuse.

Let me state this again. God has always had a faithful remnant of believers, even if few in number, who stood completely with His unbreakable revelation, even as it pertains to the Earth’s cosmology. Did Peter not prepare the church for such an apostasy with this end–times prophecy?

“4 And saying, Where is the promise of his coming? for since the fathers fell asleep, all things continue as they were from the beginning of the creation. 5 For this they willingly are ignorant of, that by the word of God the heavens were of old, and the earth standing out of the water and in the water: 6 Whereby the world that then was, being overflowed with water, perished.” 2 Peter 3:4-6

Standing true to the Word of God has me excited. This upstream challenge, particularly in the pews of the sleepy church, is something in which I have been prepped for my entire life. I’d encourage everyone, those of you who may have come here to OUR WAY IS THE HIGHWAY simply out of curiosity (or perhaps even to mock in a masturbatory manner, as has been the case over the last few months)—though it is the LORD who sent you here regardless—to be an Elijah, be that remnant of believers mentioned in 1 Kings 19:18, though obviously few in number, who truly stand upon the Holy Scriptures as their standard of living, and refute this great lie of the godless Beast which has spread the disease of a squinty-eyed delusion among the bulk of humanity.

“Yet I have left me seven thousand in Israel, all the knees which have not bowed unto Baal, and every mouth which hath not kissed him.” 1 Kings 19:18 (KJV) 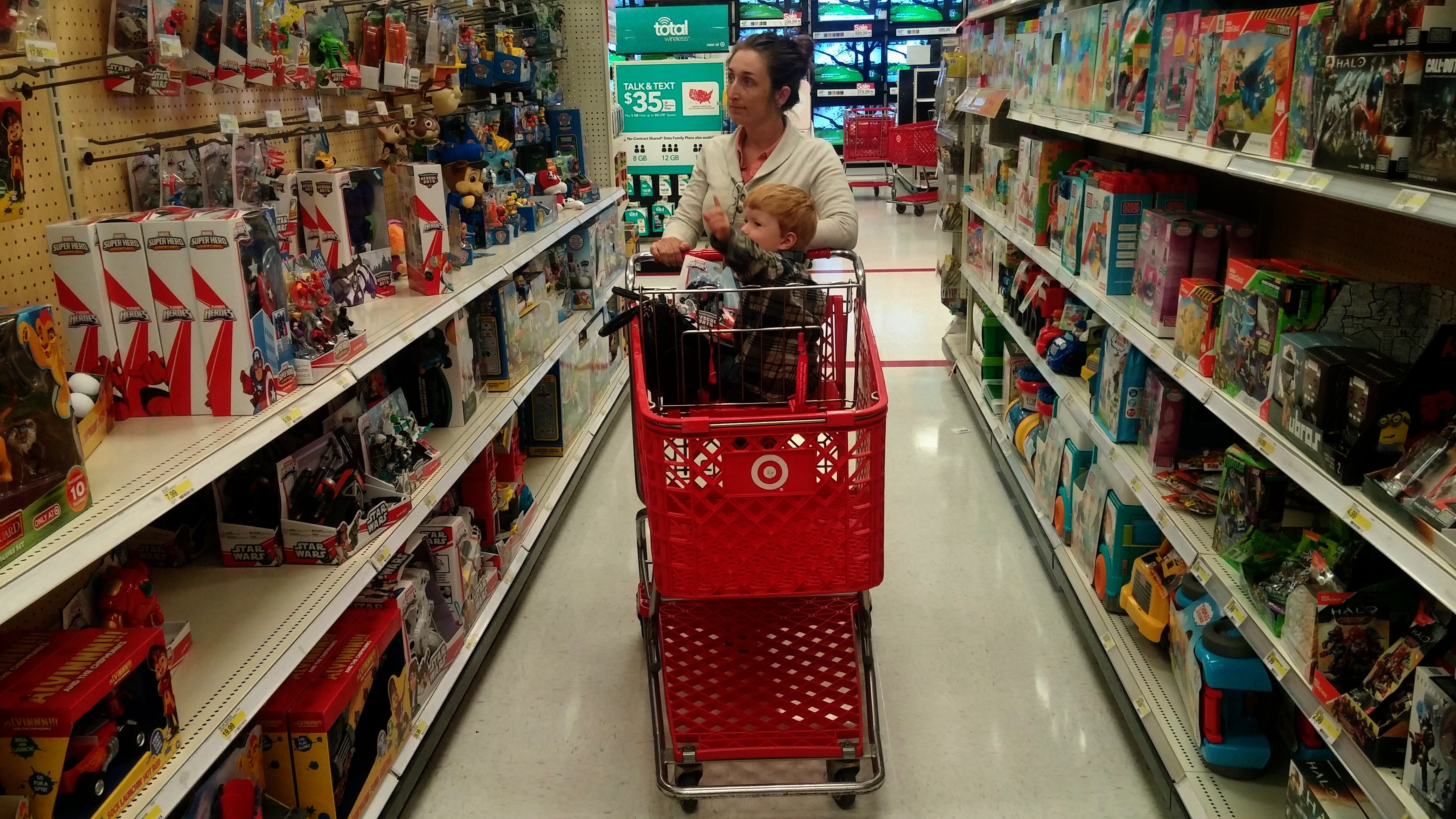 IRA’S DAY FLOURISHED WITH A HIGH NOTE—in the toy aisle. He may have been indecisive with his decisions, prompting Sarah to transfer dozens of different products into his fingertips for review before he could decide on any, but decide he did, finally. Both twins, actually. Eric selected a giant robot and a car—a Ford Mustang, good taste—and Ira a little robot that transforms into a dump truck and monster truck with wheels that fits the description perfectly, prompting even more playtime outside in the mud. Yeah.