THE KIDS CALL THEM “UNBOXING PARTIES,” I THINK.  Whatever, it was a box on my doorstep, and we were all eager to discover what was inside. My twin sons ceremoniously took part in the opening. But for four-year olds, pomp and circumstance can be attributed to tying one’s shoes. Anything and everything deserves to be a parade. I knew the box would be particularly special when the delivery man had me sign for it rather than just ringing the doorbell and making a run for it.

Eric ripped off the tape and then Ira said: “Look, it’s your book!”

That’s when my wife snagged her very first look at it—what has been coined a “a never-ending story” around here—after Ira brought it to everyone’s attention. But that’s not what she called it tonight. Perhaps it was the fever speaking. She gazed downstairs at our unboxing from the balcony railing, holding a rag to her head, and quickly surmised: “What did you write, Leo Tolstoy…?”

She’s likely referring to the fact that, at 700 pages, it’s thick as a brick and brimming with unexpected twists and turns. And she would certainly know about its twists and turns, my discoveries mainly, because I’ve been keeping her up with dizzying speed while her head reclined on the pillow. Maybe she’ll get better sleep now—maybe we all will.

I call it WORTHLESS MYSTERIES. 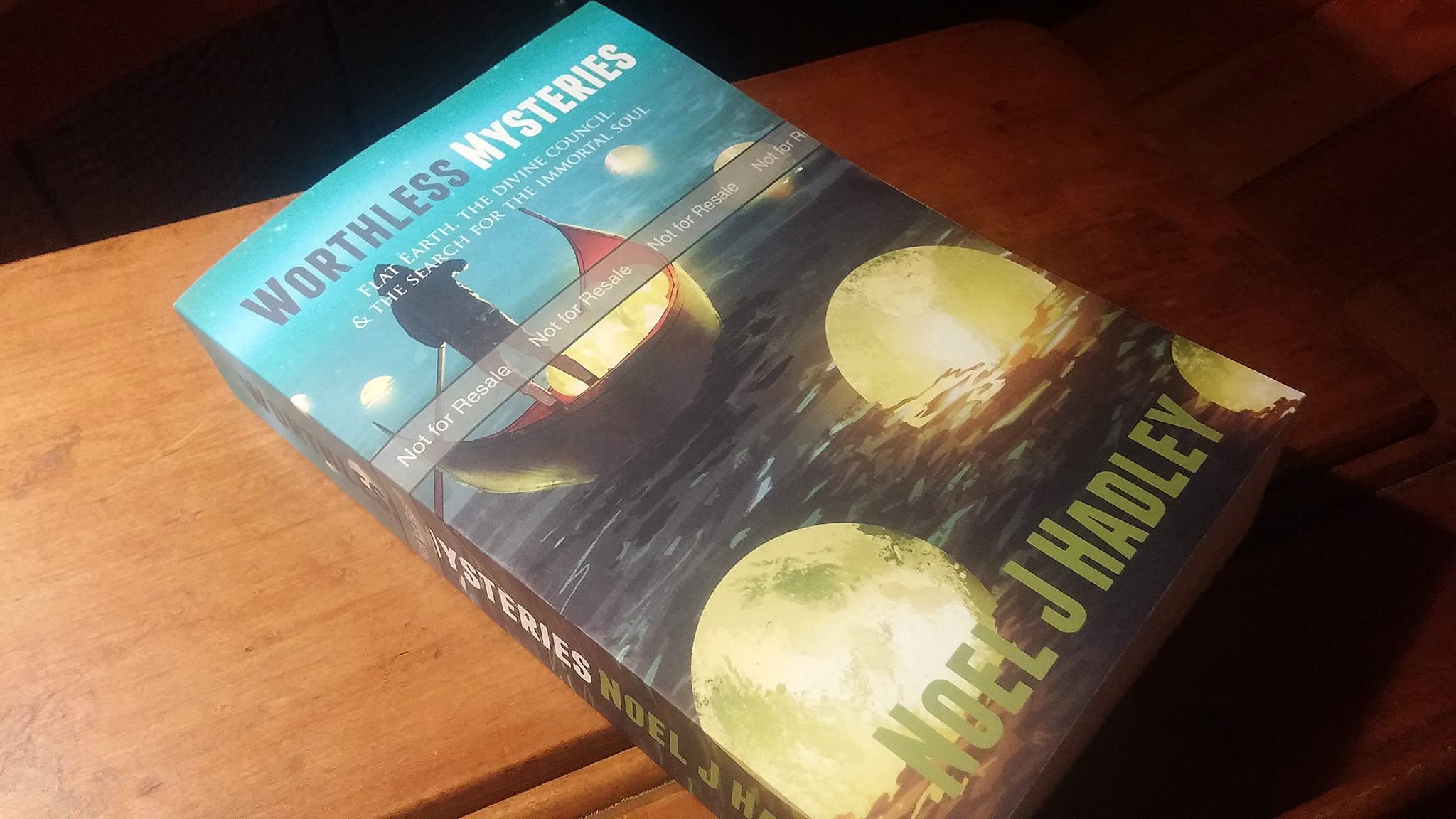 And it accounts for three years of intensive research into Hebrew Cosmology, Hebrew Mortalism, and the unfortunate shroud of Platonism which has, for over two-thousand years, sought to initiate and ultimately embalm Jews and Christians alike into the occulting Mystery religions. Worthless Mysteries represents writing sessions which have dictated an incalculable spreadsheet of coffee pots, starry walks, sleepless nights, and an added pallet of gray hair to boot—and if we’re being honest, can never be fully grasped nor finished.

Thus I am in the editing process, which basically means there is a light at the end of the tunnel. At present I am pouring over years of research and scribbled notes, but mostly my accumulation of polished writings, and assembling them into this book. Worthless Mysteries. The wood burns almost nightly in this dark house, the old rice plantation, and shadows dance while I listen to the chorus of frogs and insects outside in the bayou, most recently the motor boat grumbling of waking alligators. And I edit.

My wife is in bed now, her fever having somewhat subsided, and as I sit here by an empty box and the crackling embers of a dozing fire, staring at my book, I can’t help but wonder if Leo Tolstoy’s wife was ever so unimpressed, or perhaps simply feverish during an unboxing, as to sigh and ask: “Did you write another Leo Tolstoy again…?”

I can’t wait to have this out to the public.