Dolly’s Braces Are Still Missing | 1984: A New Theory to the Mandela Effect

Sigh. I haven’t talked about the Mandela Effect in quite a long while, and for good reason. Some of you may know why.

The sort of magic where the clever trick, or the illusion, invokes the real thing.

I know a lot of you have moved on from even thinking about the Mandela Effect. After all, the Mandela Effect was so 2016. But I haven’t cracked the case yet. I’m simply not satisfied. There are simply some things which I cannot un-see, and I’m not sold on its conclusions. Several articles were written on the Mandela Effect before finally putting a stop to it. My last paper was published in February of 2018, and in many ways, I’d completely reversed my position, which is a rarity with any Truther topic. I no longer wanted to see it. My wife and I were visiting a friend near Tulsa, Oklahoma. I sat down one night in her kitchen, incapable of sleep, and typed up my story. It was kind of a remission of guilt. You can read it here for yourself here. Revisiting the Mandela Effect. It probably went down as one of my more hated articles. And frankly, I’m not happy with it either. I think it’s time I revisit the Mandela Effect, again.

I want to throw out an even crazier theory than the Mandela Effect itself. It is not necessarily my own. I credit the work and research of Miles Mathis. Secondly, I need to make this clear. I do not support anything remotely related to a simulated universe.

I do not, and I repeat, I do not believe we exist in a simulated universe or a computer program. Reality is physical. Sure, the magician can saw a woman in half. And he can pull a bunny from a hat. There are some things however which cannot be changed or altered. He cannot cause the stars to change their course. Only the stars can do that.

If you’re still reading this, then prepare yourself. Try not to clinch the tomatoes too tightly in your fists or you’ll ruin your favorite shirt. Okay, here it goes.

As many of you likely already know, there’s a scene in the 1979 James Bond movie where the blond girl with pig-tails, her name is Dolly, smiles at the villain Jaws. Many to most of us—if not everyone who’s seen the movie at one time or another—remembers that she once wore braces. Now Dolly does not. Among the hundreds of purported Mandela Effects, Dolly’s missing braces is easily the most convincing.

Now she does not.

The idea was that Bond’s comedic villain Jaws finally found a girl who had teeth not so dissimilar from his. Now she’s just some girl who smiles at him. The joke has lost its context.

The James Bond movie database ‘Universal Exports’ even claims to this day: “Dolly is a short blond girl with pigtails, glasses and braces.” 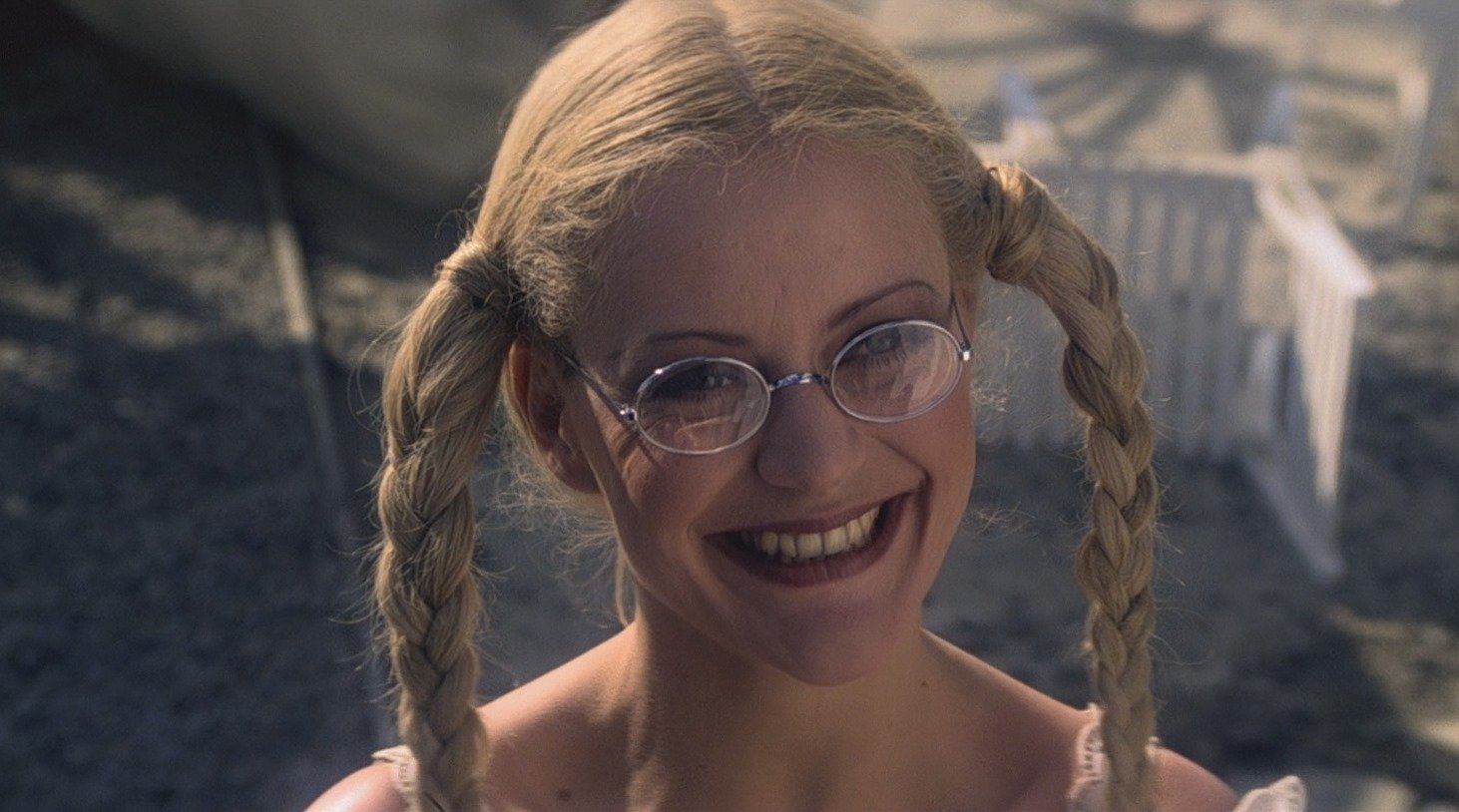 According to the Mandela Effect theory, evidence of our memories accurately presented on websites like Universal Exports is called “residue.” For whatever reason, when coding within the “simulated universe” was re-written, some evidence of what once was remained. This is residue. However, because I do not believe we live within a computer construct, I conclusively do not subscribe to residue or glitches in the Matrix.

Do I believe Dolly once had braces?

Do I accept the Mandela Effect theory—that the so-called Matrix has been reprogrammed?

I’ve been putting a lot of thought into this lately. And hear me out. At present, this is only a working theory. What if the CIA and MI6 are actually gas-lighting us?

Gas-lighting. The very phrase derives from the 1944 film of the same name, Gaslight. Its plot centers on a thief who tries to convince Ingrid Bergman that she’s crazy in order that he can lock her up in an institution, thereby stealing the jewels hidden in her house. After raising and dimming the gaslights throughout her house, he convinces her that she is imagining the whole thing.

Fast forward to Orwell’s novel, Nineteen Eighty-Four. According to Agent Orwell’s narrative, the Ministry of Truth’s job was to rewrite history, and one of their methods was altering old films. Incredible. Agent Orwell actually told us this would happen. It’s been planned for years.

By the way, gas-lighting is not illegal.

That is very illegal. Unless the content creator defaces his own work. Then it is not illegal. And it just goes to show, where 007 is involved, the intelligence community is the content creator. They run Pinewood Studios in London. They run Hollywood. For decades, they even had their very own movie studio in Laurel Canyon. MK Ultra is just the beginning. We keep paying them to program us. They can do whatever they want with their own programming property.

Is it so inconceivable that the few accounts still selling old VHS copies of Moonraker on eBay are government spooks? Is it so inconceivable that MI6 and the CIA are capable of swapping copies in thrift stores across Europe and America? We’re living in Nineteen Eighty-Four. Surely, we haven’t tracked down every physical copy. Surely, there’s video tapes out there, recorded on home VCR’s, when the movie was played on cable television in the 1980’s, where braces are still visible.

I’m not giving up hope. They couldn’t have possibly altered every copy.

“What are you saying, Noel Are you saying the government runs an underground VCR shop, and a Berenstain Bears book printing press, and they’re entering our homes wearing space suits to swap out physical copies of our favorite movies and books we read as a kid—just to mess with us?”

Not only that. They probably rearranged swapped your kids goldfish out too. Maybe even flipped the toilet paper roll around. The James Bond movie database which makes mention of Dolly’s braces is not residue. It’s placed there on purpose.

And they’ve been doing it for decades.

Then again, maybe it really is magic, and our reality is being altered. I have to keep reminding myself—

even the wizards of Egypt could turns sticks into serpents.