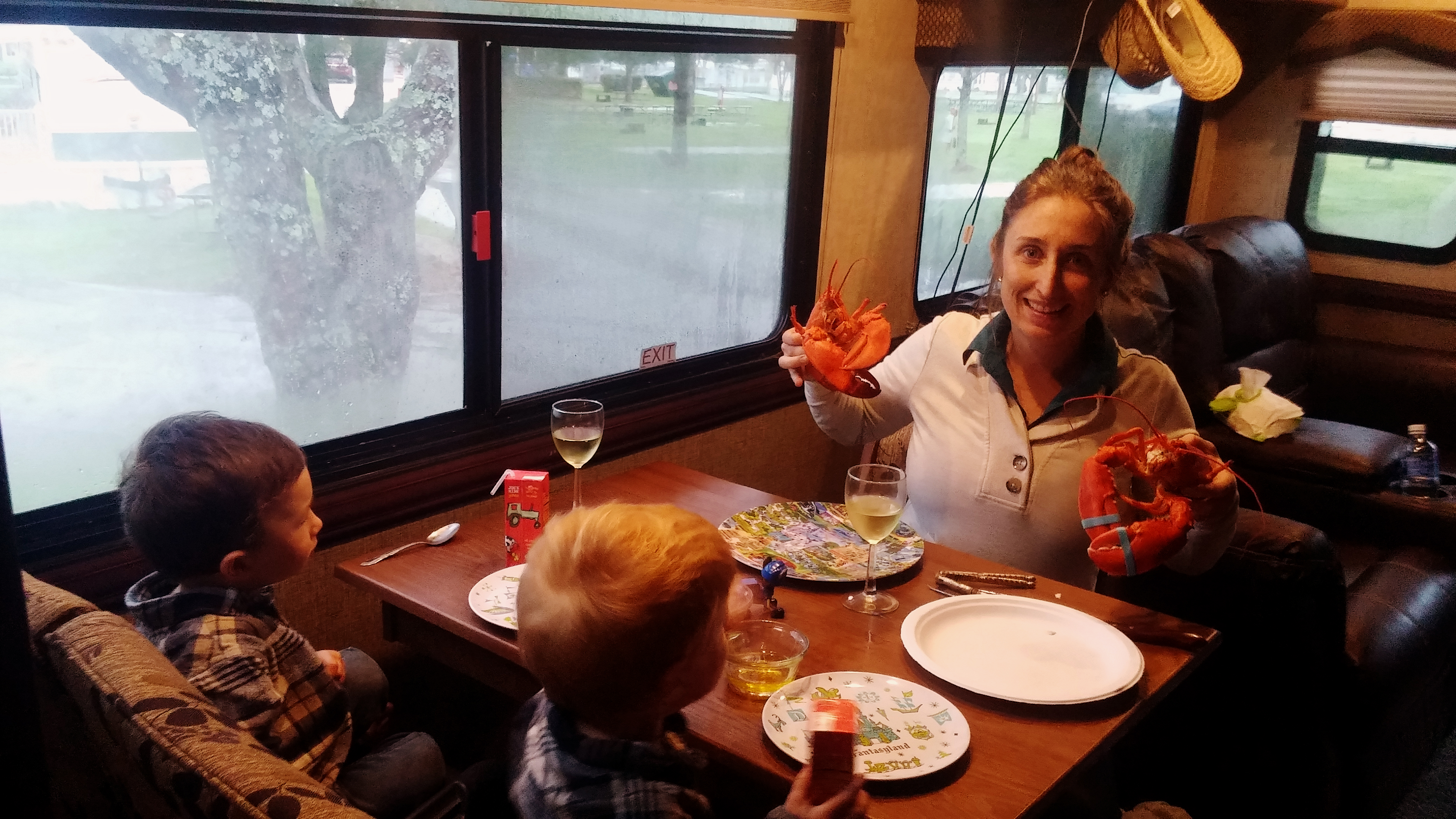 THEY LITERALLY JUST SHOW UP AT YOUR DOOR, knock-knock, and hand you bags of lobster. Bag of steaming lobster, fresh from the pot. That’s what we’ve got going on around here in Kennebunkport. Oddly it was a free bag too. We’re still curious about that one. Maybe lobster vendors are the drug dealers in these parts and the first one is courtesy on the house, er wharf. You know, hook and reel. Between this and the 2-pound block of Amish butter Sarah’s taking down like a bowl of ice cream, she says this was a Mother’s Day to remember. 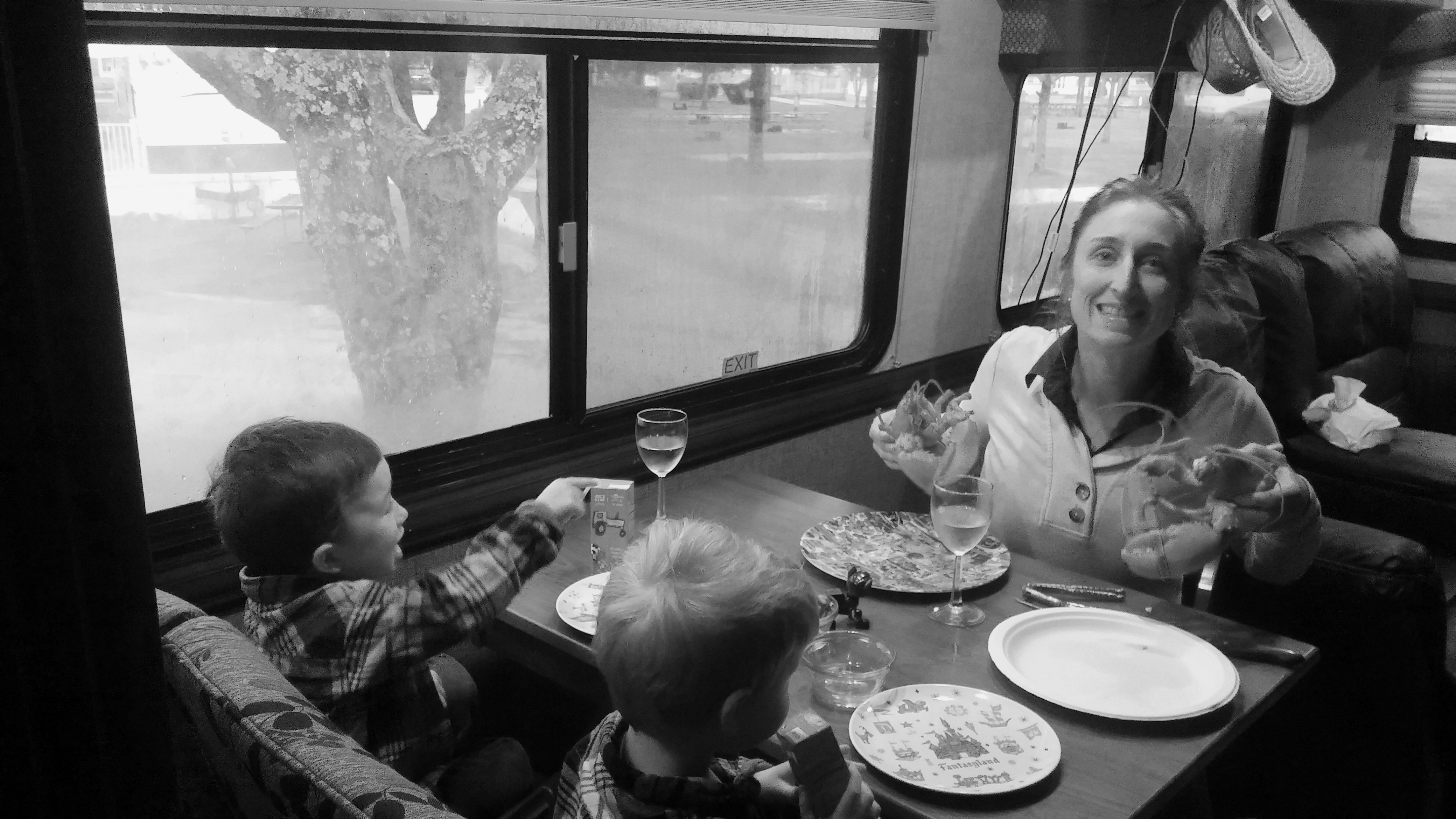 If Eric’s got the pointer finger, it’s because Mommy found a pair of lobsters in a bag, and finally he has new aquatic friends to play with. 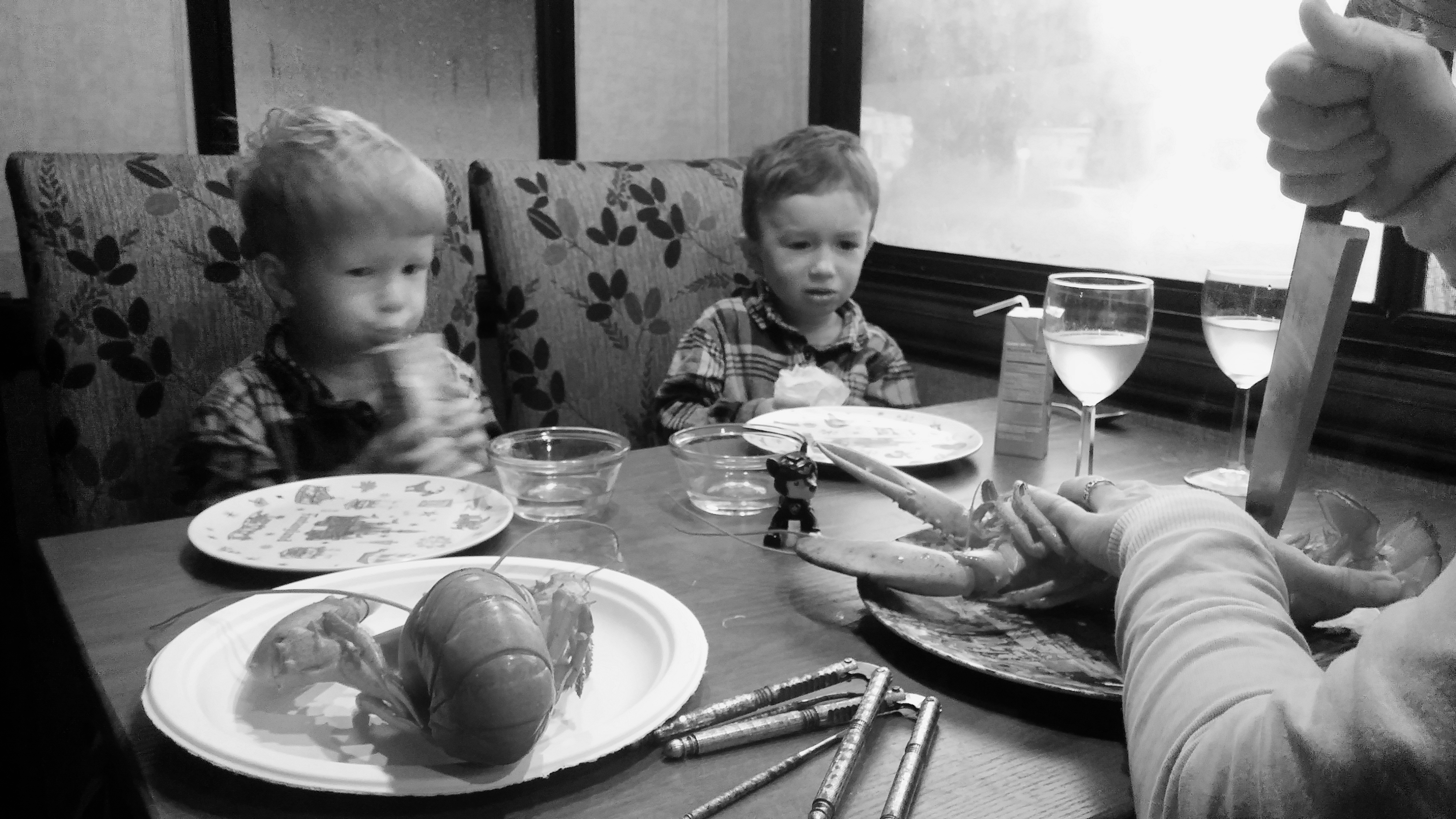 Eric looked on with disgust while Ira eyed the corner lobster with suspicion. He asked if it was still alive. With a knife in hand, Sarah gave our kids their first discussion on death. As parents, we skipped the goldfish “flush” talk and went directly to this. 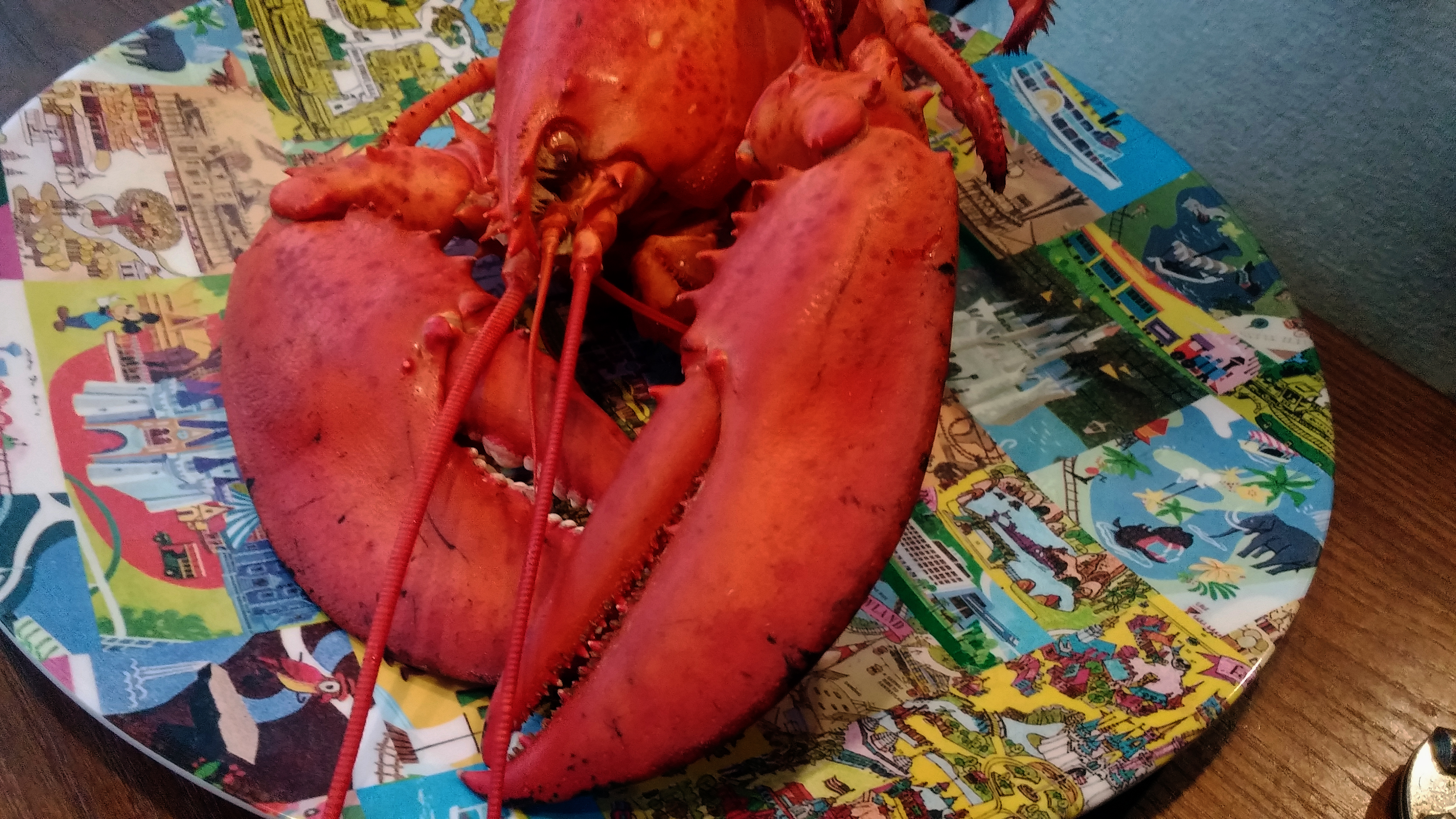 “What’s that?” Ira asked repeatedly, pointing at every part of the lobsters body.  Aside from the “goldfish” talk, Ira also received a complete lesson in anatomy. Claw. Antennae. Eyes. Legs. Tail. He then spent the next thirty minutes, in-between sips from his juice box, repeatedly saying “Lobster,” yet pronouncing it like monster. He had that right.  Nasty creatures. God placed them underwater for a reason. 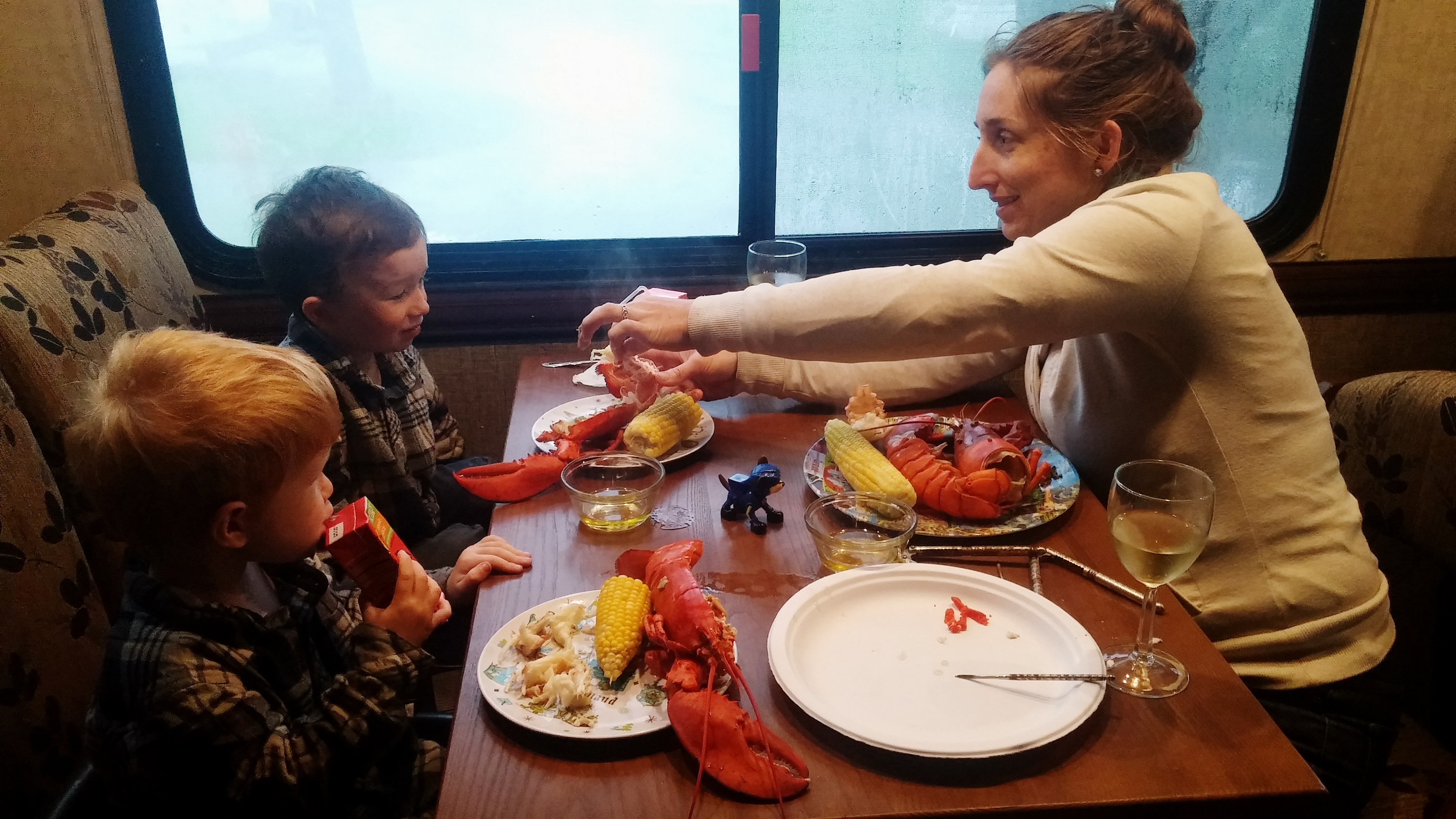 Both kids refused to eat any of their lobster tail. Ira kept to the juice box. I can’t blame him. I kept to my wine. After almost half-an-hour of silently mourning for the death of his new play-friend, Eric succumbed to his mounting hunger and ate a claw. 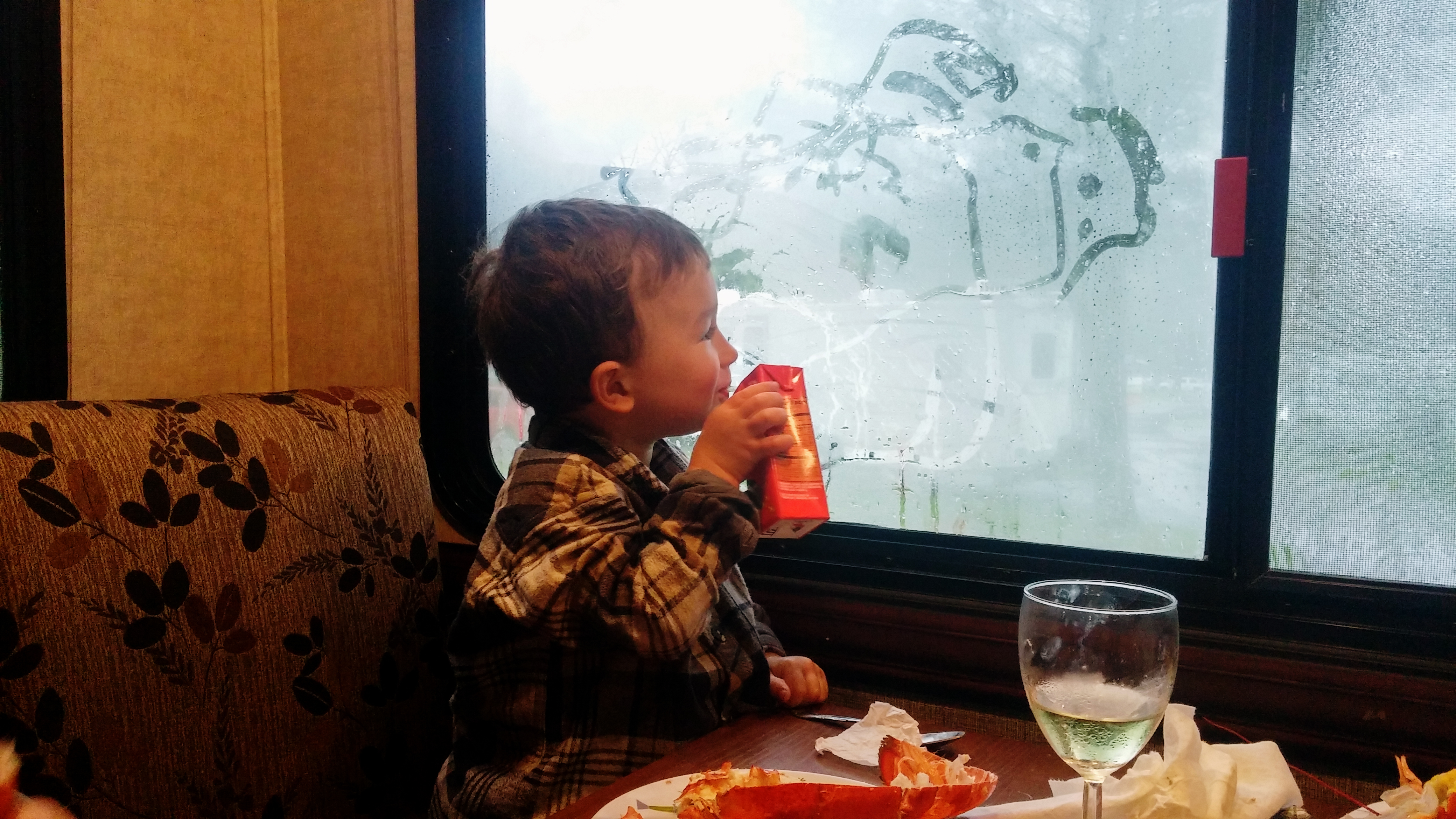 Eric finished off his juice box while admiring his latest artwork on the window. It kind of looks like a lobster. They could have been such great friends.