THERE IS NO REASON WHY MOST CHRISTIANS SHOULD BE BOTHERED to read the enlightenment humanist Thomas Paine except to validate what they have already sanctioned and celebrated of heathen society in their own minds. They have accepted perjury as truth, and in turn have placated that lie by committing an even worse offense against the self. They look to Moses and the Prophets and our Master Jesus, whom rightly upheld the completeness of their testimony, and wickedly take the surgical knife to the Holy Spirit wherever and whenever He disagrees with our modern day prophets of Mount Sinai—namely, the priests of astronomy. I will concur with Thomas Paine only so much in The Age of Reason that he recognized: “The two opposing beliefs (astronomy and the Bible) cannot be held together in the same mind; he who thinks he can believe both has thought very little of either.” But such an observation is obvious to make. Anything beyond recognition of this glaring contradiction in the church is where the celebrated infidel and I part ways.

The humanist mind is darkened, and even the special revelation in which he receives from God is mishandled in order to fit his heathen worldview. We must dutifully remind him anyways, so long as he remains a Christian, that the Earth is a circle (Isaiah 40:22), made with a compass (Proverbs 8:27), laid upon a face (Genesis 1:2). It is bound (Job 26:10) at its ends (Job 38:13), established on pillars (Job 38:4) over the Great Deep (Psalm 104:6), and is fixed forever in place, immovable (Psalm 93:1), with a sun which journeys in our stead, complete with a circuit to run (Psalm 19:4-6). It is covered by a solid firmament (Genesis 1:6-8), spread out as molten glass (Job 37:18), containing the sun, moon, and stars (Genesis 1:14-18), with waters above (Genesis 7:11), which once drowned the entire world in a great deluge but still remains there (Psalm 148:4), and a heaven which establishes God’s throne upon it (Psalm 104:3). By doing so, we must be prepared. We shall most certainly receive a barrage of mockery and scorn, if not a more severe bruising, wherever these truths are spoken—even among those whom we once broke bread with. Our only crime, of course, is confiding in God’s intellect over our own. Just know this and take courage; some will, as a result of our witness, lean upon the Holy Ghost and believe, and for them we willingly expel our reputation and take the beating. 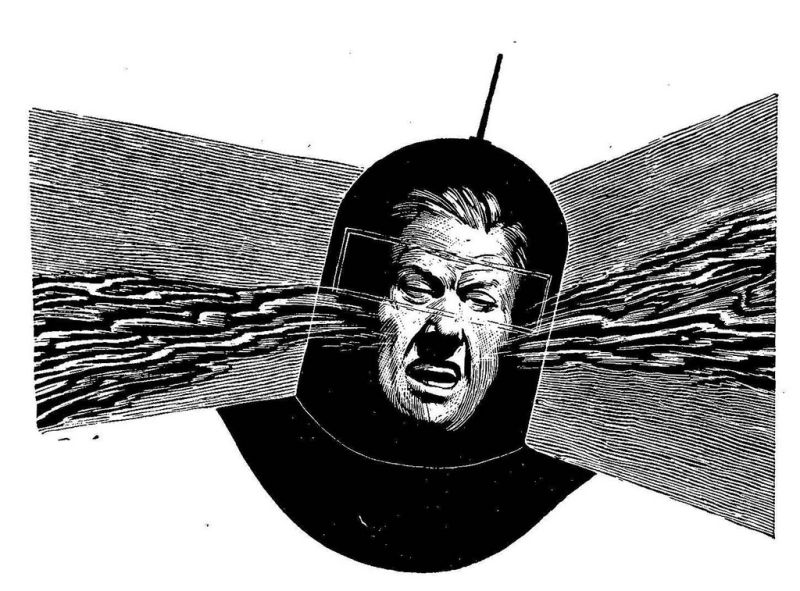 Soon any personal injury which may result from their conscientious dismissal of truth will wear off.  I have become quite accustomed to the Christian’s outright rejection of Holy Writ, namely the Lord’s own Created order; but certainly not calloused. My heart still aches. I am deeply burdened, so long as church pastors advocate Satan’s deception over the Lord’s creation, and I have committed myself to exposing them. I can’t help but wonder if the “temple of God” they so often speak of is none other than the humanists motto—what Thomas Paine defiantly referred to when he advanced is creed: “I do not believe in the creed professed by the Jewish church, by the Roman church, by the Greek church, by the Turkish church, by the Protestant church, nor by any church that I know of. My own mind is my own church.” Jesus Christ is the head, Thomas Paine. Pastors, take note of this. If our body is a temple, then we are His appendages. The Bible is written. Its pages are filled. There is not room for the insertion of humanism in a single sentence, even where the created order is concerned.

The Copernican likely agrees with Paine, or has little choice to (should he maintain an air of consistency), when the philosopher writes of the Creation account, “Why it has been called the Mosaic account of the Creation, I am at a loss to conceive.” Indeed, Science with an upper-case “S” has followed the dark path, and therefore contradicts it. I do concur with Paine only so much that—before his encounter with the burning bush—Moses had been educated into the higher platforms of the Mysteries, by which modern enlightened society finds its cornerstone of knowledge and earthly pleasures. Paine has little problems connecting the dots. Why must the Christian err? Very quickly however, we part ways. For Moses, Paine assures us, is not to blame. “Moses, I believe, was too good a judge of such subjects to put his name to that account. He had been educated among the Egyptians, who were a people as well skilled in science, and particularly in astronomy, as any people of their day.” 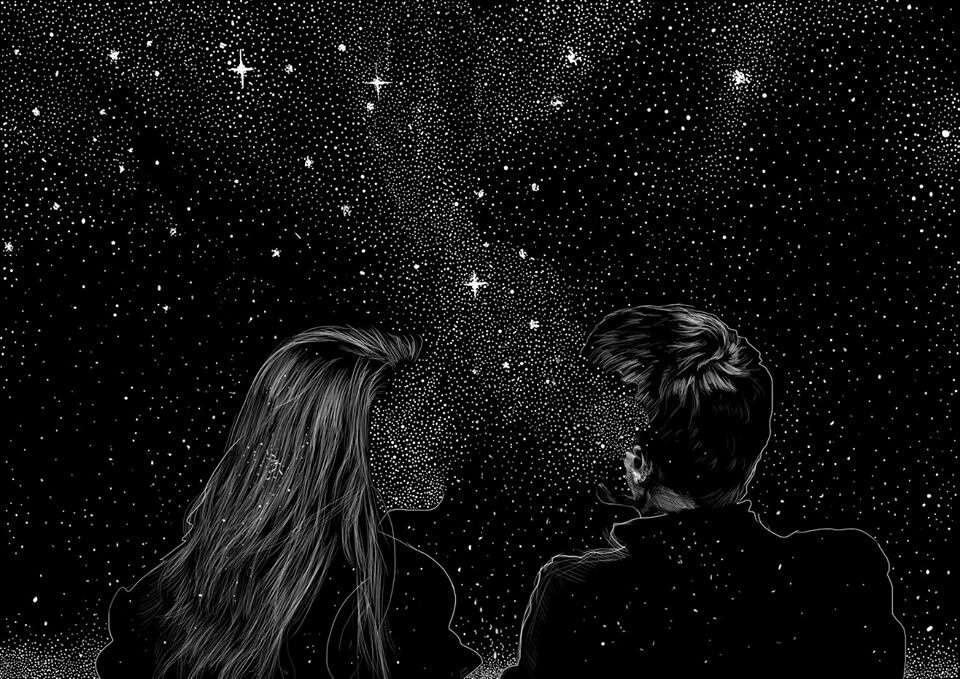 At any rate, the Copernican has little choice but to believe that the Israelites were not only uninformed, but stupid in their defiance against the world around them, despite instruction from the Most High, “Thus saith the LORD, Learn not the way of the heathen” (Jeremiah 10:2). “The case is,” Paine adds, “that every nation of people has been world-makers, and the Israelites had as much right to set up the trade of world-making as any of the rest; and as Moses was not an Israelite, he might not choose to contradict the tradition.” That God would not think so highly of his own people at Mount Sinai, and that Moses, Israel’s great leader, as well as Jesus, who later upheld the Prophet’s every written word, would knowingly guide them into erroneous consequences is, if true, a terribly great tragedy, and should henceforth not deserve our devotion.

I have only ever prophesied in the Spirit of one truth, and it is this. The doctrine of the shape of the Earth is without blemish, and the Spirits Testimony concerning it is not in error. The Earth stands eternally fast. And our Lord Jesus Christ, upon His return, will set this straight. To this I prophesy and stand by. Anyone who subscribes to God and yet claims otherwise, in his support of a globe—spinning and whirling through infinite space—is a liar, and where such application is concerned, the truth is not in him.

The Copernican has no choice but to agree with the snarky humanist Thomas Paine. Living by the standards of “Sola Scriptura!” is to the enlightenment humanist the equivalent of cutting “learning down to a size less dangerous to their project,” and worse, “restricting the idea of learning to the dead study of dead languages.” God’s Word is living, and its creation account is not excluded from the life which the Spirit breaths through a reading of it. At any rate, he should at least conclusively lend his logic to question God’s foreknowledge, as Paine did.  “The setters-up, therefore, and the advocates of the Christian system of faith could not but foresee that the continually progressive knowledge that man would gain, by the aid of science, of the power and wisdom of God, manifested in the structure of the universe and in all the works of Creation, would militate against, and call into question, the truth of their system of faith.” 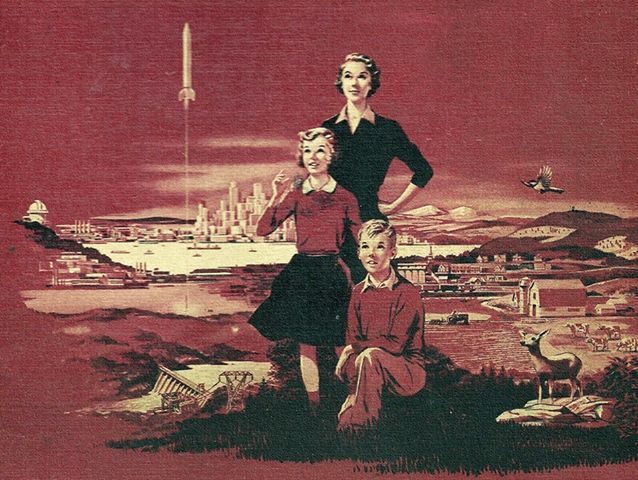 For Paine, God speaks to us not through dead languages, but through Science. “It is a fraud of the Christian system to call the sciences human invention; it is only the application of them that is human. Every science has for its basis a system of principles as fixed and unalterable as those by which the universe is regulated and governed. Man cannot make principles, he can only discover them.” Quite conclusively, for the sad-soul who believes his mind to be his godly temple and which may discern truth from fiction apart from God’s written Testimony, he must dutifully agree with Paine, who writes of God’s spoken revelations in Science: “That the Creation we behold is the real and ever-existing word of God, in which we cannot be deceived. It proclaims his power, it demonstrates his wisdom; it manifests his goodness and beneficence.”

Most notably, Paine champions the Copernican deception to its fullest measure. In such cosmogony, the Bible has no final authority. The philosopher cleverly inserts, “Neither does the knowledge stop here.” Remember, it is fallacious of the Copernican to recognize, should he understand that “two opposing beliefs (astronomy and the Bible) cannot be held together in the same mind,” how Moses and the Prophets, even Jesus Christ and the Apostles, spoke in anything other than dead languages when they described and upheld the created order. The Science of Copernicus and Kepler lead us to the most natural conclusion of all, universal in its application. There is a plurality of worlds to be discovered. “The system of worlds next to us exhibits, in its revolutions, the same principles and school of science to the inhabitants of their system, as our system does to us, and in like manner throughout the immensity of space.” 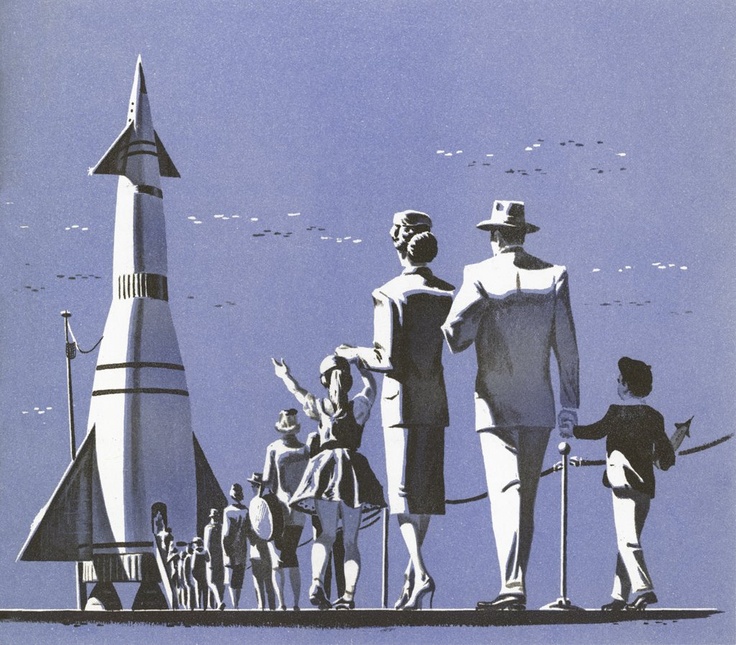 Thomas Paine had no love for the God of the Bible, but that is not to say that he didn’t have a good logical head to him. While he admits with a sigh, there was at one time “no moral ill in believing the earth was flat like a trencher,” the so-called Christian who claims the same of himself, that there is no moral outrage in his decision to believe the Copernican Universe if it proves to please him and yet claims contrary to what God actually created, should actually put some thought into this. Moral rightness and wrongness does exist. According to Paine, the man who upholds God’s Testimony is provably obscene and immoral. “When a system of religion is made to grow out of a supposed system of creation that is not true, and to unite itself therewith in a manner almost inseparable therefrom, the case assumes an entirely different ground.  It is then that errors not morally bad become fraught with the same mischiefs as if they were.”

I wonder if the Copernican finds the time, or is at least honest enough, to thank the Lord for the age of reason and the temple of his mind which might dutifully enlighten and guide him through the darkness, unlike the Israelite’s, who had no age of reason to counsel them. If he cannot see that the globular theory, with its mountainous waste of perverse entertainment to support its agenda as agencies of brainwashing, is the mainspring of modern infidelity, then he is mentally shortsighted. The Christian who attempts to rape and plunder the Holy Canon of its true Divine wealth by substituting and forcibly wedging inferior human products into its blessed account of Cosmogony, namely the Copernican and Darwinian faiths—among other STDs of Scientism, would be more logical to end their religious profession altogether. They have collaborated with darkness. And besides, should they at least fess up to this much, the humanists will gladly have them. 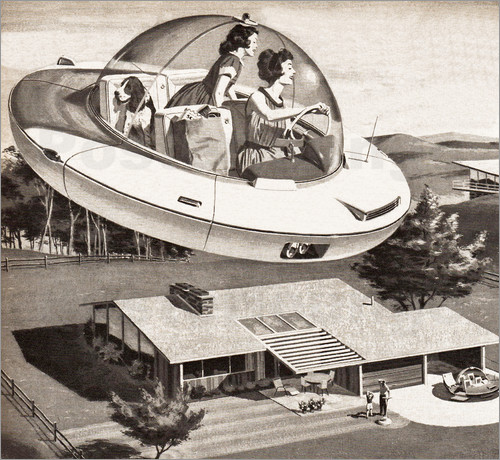