The Complete Death and Total Destruction of Jesus Christ | #2 He Died Two Times, or “Dying, He Died” 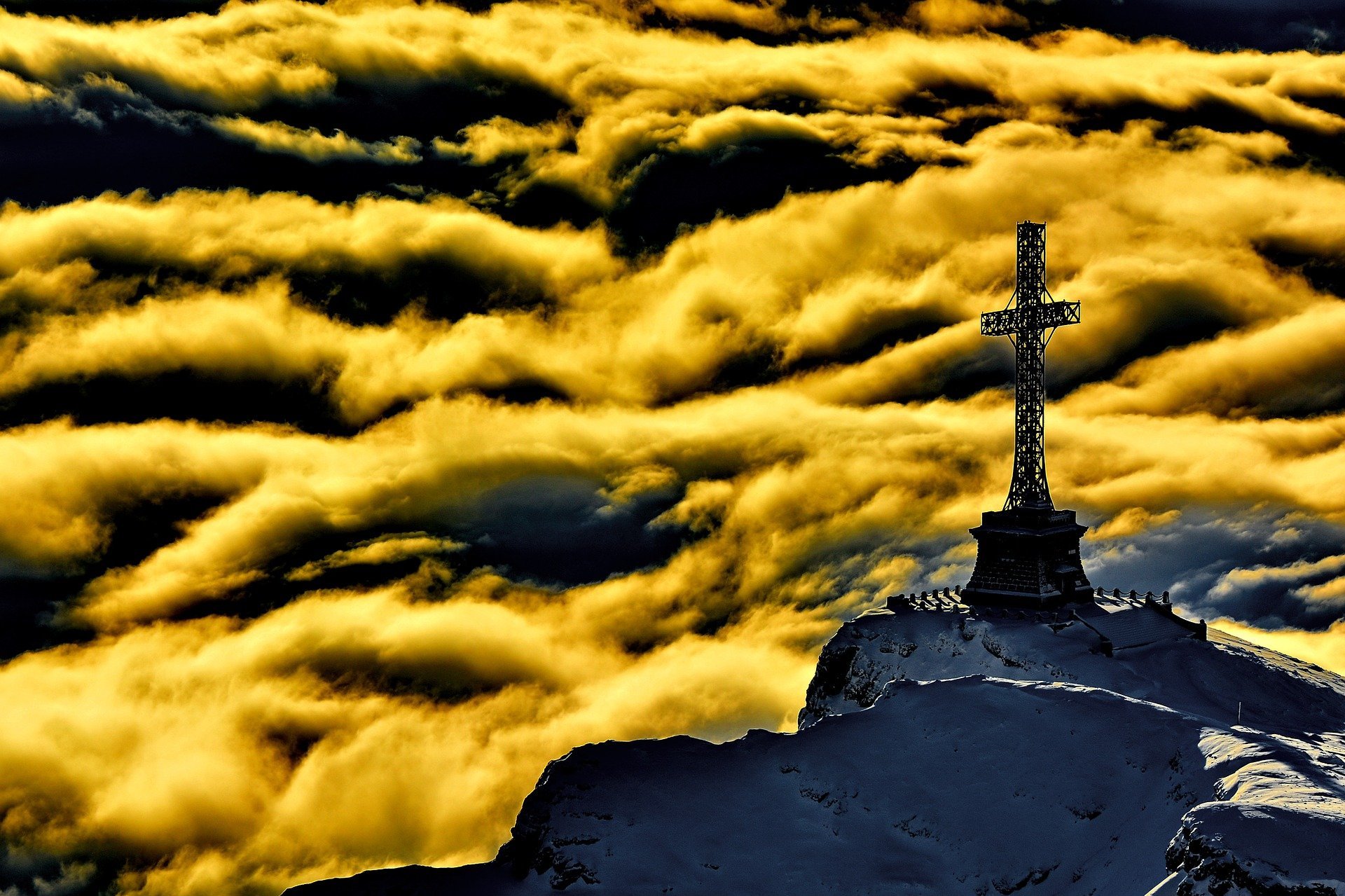 NOW FROM THE SIXTH HOUR UNTIL THE NINTH HOUR, precisely 12 noon until 3 pm in Roman time, Matthew records darkness over the whole land while Jesus hung on the device of His crucifixion. It was about the ninth hour, he wrote, when Jesus cried in a loud voice: “Eli, Eli, lama sabachtani?” That is to say, “My God, my God, why hast thou forsaken me?” The syllables which proceeded from His mouth contain within them perhaps the most difficult words in all of Holy Scripture to comprehend. The perfect union which had bonded Yahweh with the Angel of Yahweh, Father and Son, since before creation or time even began—the very divine Person who once stood before Moses in the burning bush; who before that broke bread and ate meat with butter and bread before his friend Abraham; who wrestled with Jacob; and who later led the Israelites across the wilderness—was severed.

Jesus had not yet succumbed to physical death. That moment would soon arrive. But that is not to say He hadn’t yet already tasted death, because at present, Jesus experienced another sort of death altogether. It was the immediate death of Adam and Eve after they ate the forbidden fruit which He Himself tasted. Like Adam before Him, He died two times.

The Apostle Peter would later claim: “He Himself bore our sins in His body on the tree (1 Peter 2:24).” The prop which would serve as a Roman crucifixion device, and as a symbol for atonement, was no accident, for it is a tree which equally served as the prop and symbol of sin itself for all humanity. Genesis records of this tree.

“And Yahweh God [elohim] commanded the man, saying, Of every tree of the garden thou mayest freely eat: But of the tree of the knowledge of good and evil, thou shalt not eat of it: for in the day that thou eatest thereof thou shalt surely die (Genesis 2:16-17).”

The Hebrew word muwth (pronounced “mooth”) indicates that something either already has died or will die, or that an act of killing is being committed. There is no preference here between man and animal. As we shall come to learn, the soul (nephesh) resides in everything that has a spirit (ruah), the breath of life. Both man and animal die the same death.

“The fish in the Nile will die (muwth), and the river will stink; and the Egyptians shall lothe to drink of the water of the river (Exodus 7:18).”

In Genesis 2:17 muwth is employed twice. One might therefore phrase it as:

“…for in the day that you eat of it you shall die die.”

Rather that translating muwth twice, the 1611 King James translators understood this to mean an extra emphasis on that promise of death was needed, and therefore stressed that Adam would “surely die.” Half a century earlier, the Geneva Bible had translated the double usage of muwth in Genesis 2:17 as:

“…for in the day that thou eatest thereof, thou shalt die the death.”

The emphasis here is that his death would be promised future-tense, not immediate. And yet it also seems understood by all involved that Adam was on an irrevocable path of certainty. Surely, as the King James translators had implied it, he had begun the journey towards death. Immediately afterwards, Yahweh told Adam: “By the sweat of your face you will eat bread, till you return to the ground, because from it you were taken; for you are dust, and to dust you shall return.” This is not however to be confused merely with a spiritual separation, as many claim. If God had intended to warn Adam that He would separate, He would have employed the Hebrew word badal (baw-dal’). There is another, and I think many to most will agree, far more literal way of reading muwth into Genesis 2:17.

The Young’s Literal Translation, first published in 1862, some two decades before Westcott and Hort first translated the New Testament Greek from the Codex Sinaiticus and Codex Vaticanus,  most clearly indicates the process of dying with the words, “dying thou dost die.”

“…for in the day of thine eating of it—dying thou dost die.”

Adam did die that very day. He lost his immortal nature—which is to say the death of his immortal nature was merely the consequence of a much deeper death—spiritual death. The spirit (ruah), first breathed into his nostrils, was dead to God. Tragically, Adam had fallen out of relationship with Yahweh. Despite the wealth of hidden knowledge which his descendant would later claim, it was of no use to them. They were spiritually dead.

This is why Jesus told the woman at Jacob’s Well, “God is a Spirit: and they that worship Him must worship Him in spirit and in truth (John 4:24).”

He died two deaths that day on the tree. He died a spiritual death, and then, only moments later, a physical one. He died so that we might live.

For Jesus, it would be His last parable.

Continued in part 3: The Complete Death and Total Destruction of Jesus Christ | He “Gave Up the Ghost…” (and Returned to God)